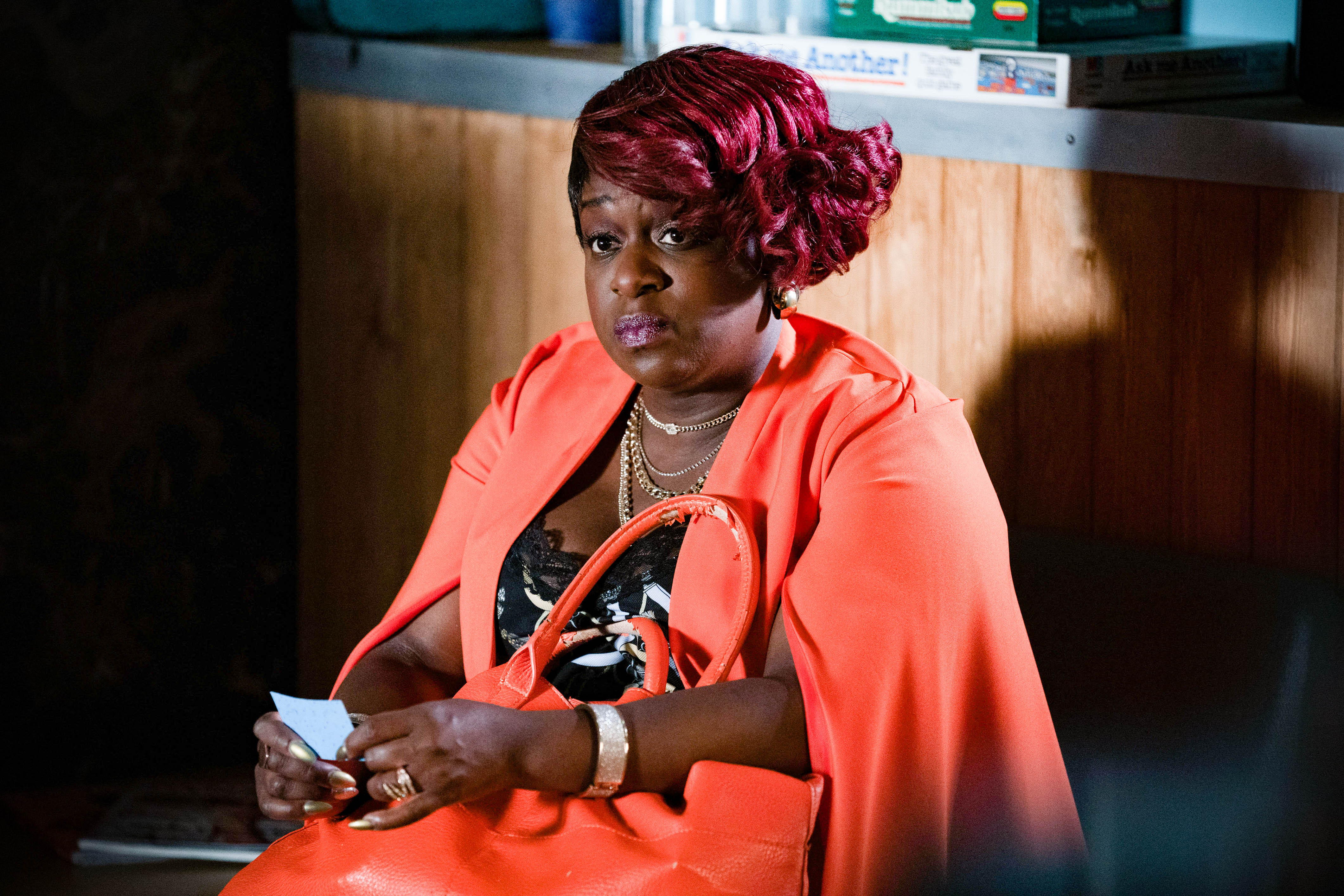 Kim Fox (Tameka Empson) will confront Phil Mitchell (Steve McFadden) in upcoming EastEnders episodes as she digs further into the past to try and find out who killed Vincent.

Vincent – Kim’s husband – has been missing for a few years.

Even though viewers watched what were apparently Vincent’s final moments, his murder was only recently confirmed.

Coming up, Kim is far from impressed to hear that Phil is the only reason they got the salon back.

As her anger grows, Kim refuses to stop until she knows who murdered Vincent.

The next day, a comment from Kat (Jessie Wallace) causes Kim to put the pieces of the puzzle together.

Confronting Phil, Kim asks him for the truth – but what will he say?

Later on, Phil pays Denise a visit and reminds her what is at stake.

Kim’s determination to find out the truth continues as she makes another booking for Howie, who refuses to tell her anything but is left wracked with guilt.

Kim wants revenge, but is she putting her life in danger by digging up Phil and Vincent’s old feud?

How bad will things get for Kim over the next few weeks?