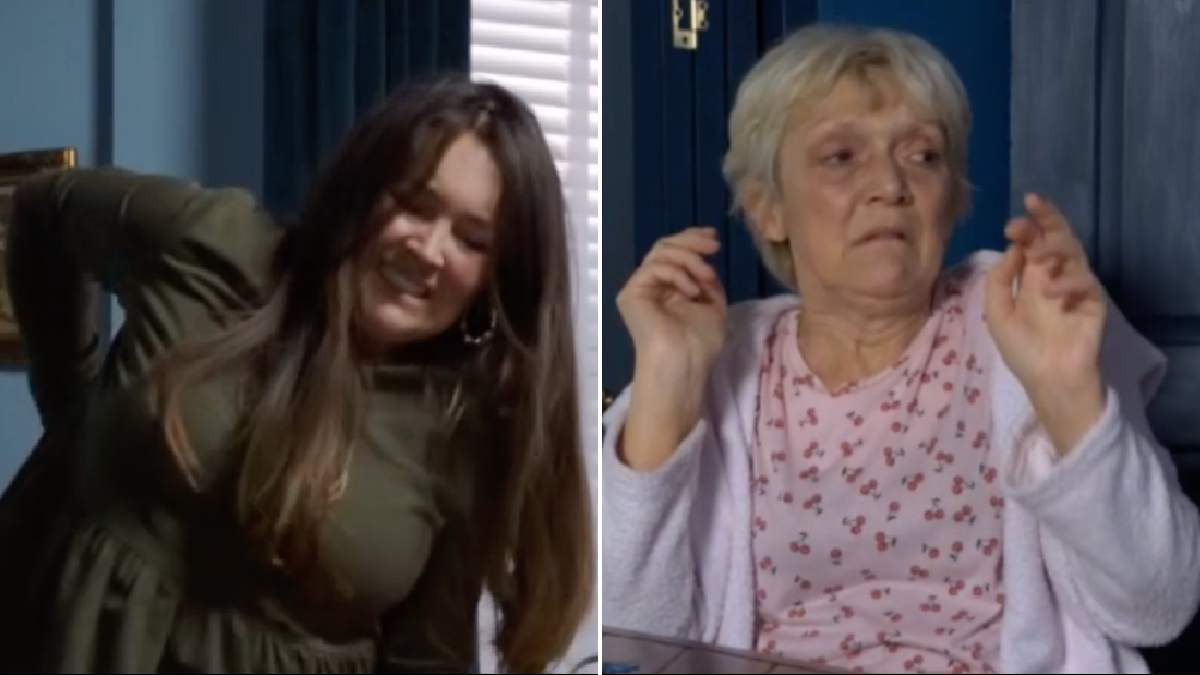 Stacey Slater (Lacey Turner) was left severely bleeding in EastEnders following a showdown with mum Jean (Gillian Wright), who pushed her daughter against the bar, resulting in her landing on some broken bottles.

Jean, as viewers know, returned home last week, after Stacey paid her a visit at the mental health unit, and became concerned for her wellbeing.

Despite being over the moon at the time, Jean now claims that Stacey is trying to poison her, and she refuses to accept her tablets from anyone else but Lily (Lilia Turner).

Lily, however, became incredibly scared after Jean told her that she would get bipolar.

She has been determined to be okay in the wake of Jean’s claims, and thus – since last week – she’s been taking some of Jean’s tablets.

Stacey was horrified in Thursday’s (May 26) visit to the Square, as she caught Lily trying to take some of her nan’s medication.

Lily admitted that Jean claimed she’s going to get bipolar, hence why she’s been taking the tablets. Stacey wasted little time in railing at Jean, getting in her face to vent at her for saying such things to her 11-year-old daughter.

Jean, however, lashed out, pushing Stacey – sending her flying into the bar, which knocked over some bottles of alcohol. These bottles fell to the floor, shattering, and Stacey subsequently landed on them.

Lily was stunned to see the scene before her, as she realised that her mum was bleeding from the back, having been stabbed by the glass.

She wasted little time in calling for an ambulance, but Stacey took the phone off her, instead telling the operator about Lily taking her nan’s medication.

Stacey is keen to keep this incident under wraps, but let’s just say that this doesn’t exactly pan out as she’d hoped, as Monday’s (May 30) edition of the soap will see her collapse!

EastEnders continues Monday May 30 at 7:30pm on BBC One.