Last night, the official Twitter account for Chewbacca star Peter Mayhew released a statement, confirming he had died. It read: “The family of Peter Mayhew, with deep love and sadness, regrets to share the news that Peter has passed away. He left us the evening of April 30, 2019, with his family by his side in his North Texas home. ABC News reports the 74-year-old died of a heart attack. Tributes have since been pouring in for the Chewbacca actor from fans and members of the Star Wars franchise family.

Luke Skywalker actor Mark Hamill tweeted: “He was the gentlest of giants.

“A big man with an even bigger heart who never failed to make me smile and a loyal friend who I loved dearly. I’m grateful for the memories we shared and I’m a better man for just having known him. Thanks Pete.”

Ford wrote: “Peter Mayhew was a kind and gentle man, possessed of great dignity and noble character. These aspects of his own personality, plus his wit and grace, he brought to Chewbacca. We were partners in film and friends in life for over 30 years and I loved him. He invested his soul in the character and brought great pleasure to the Star Wars audience.” 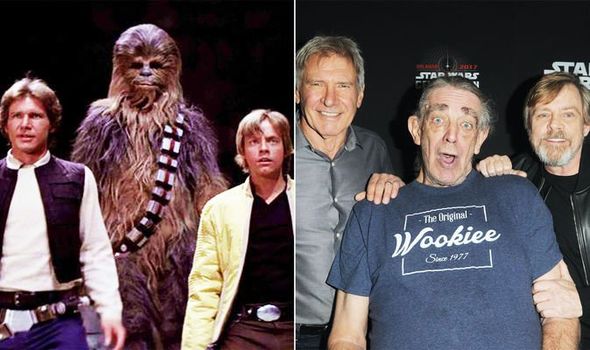 Ford added: “Chewbacca was an important part of the success of the films we made together. He knew how important the fans of the franchise were to its continued success and he was devoted to them.

“I and millions of others will never forget Peter and what he gave us all. My thoughts are with his dear wife Angie and his children. Rest easy, my dear friend.”

“He was the closest any human being could be to a Wookiee: big heart, gentle nature … and I learned to always let him win. He was a good friend and I’m saddened by his passing.” 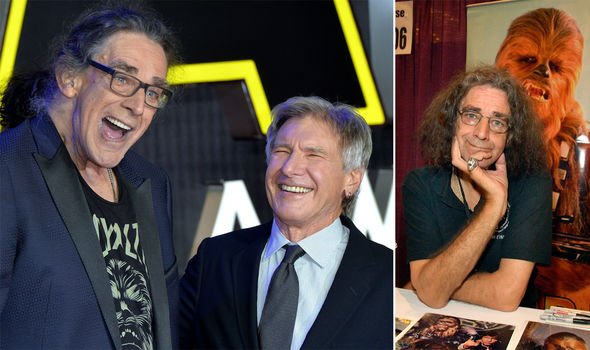 And Jonas Suotamo, who was Mayhew’s body double on The Force Awakens before replacing him as Chewie in The Last Jedi, Solo and The Rise of Skywalker, paid tribute too.

He said: “Devastated to hear about the passing of a dear friend and mentor, the great Peter Mayhew. Peter’s warm welcome when I came aboard as his double in The Force Awakens meant so much to me. Studying the character he helped to create was always a daunting task, but one that was made easier by his tutelage and kindness as we sought to bring Chewbacca to life for a new generation.

“He was an absolutely one-of-[a]-kind gentleman and a legend of unrivalled class and I will miss him. As the entire Star Wars universe grieves over this terrible loss my thoughts and prayers are with his wife Angie and his family and all of the fans whose lives he has impacted.

“Rest assured his legacy will live on and the spirit that he gave the character when he first donned the suit will never be forgotten. Rest In Peace My Friend.” 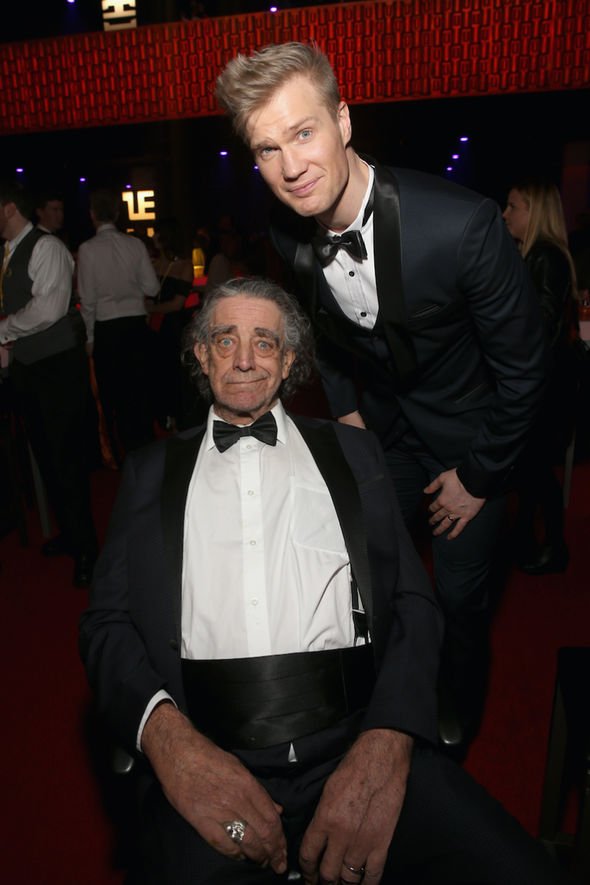 “Since 1976, Peter’s iconic portrayal of the loyal, lovable Chewbacca has been absolutely integral to the character’s success, and to the Star Wars saga itself.”

While The Last Jedi director Rian Johnson tweeted: “RIP Peter Mayhew. To create a beloved character with warmth and humour is a testament to any actor’s spirit. To do it under a half ton of yak hair takes a true legend.”

The Force Awakens and The Rise of Skywalker director JJ Abrams wrote: “Peter was the loveliest man. Kind and patient, supportive and encouraging. A sweetheart to work with and already deeply missed.”