Home » TV & Movies » 'Star Wars: The Rise of Skywalker': Why Disney Will Never #ReleaseTheJJCut—if there is one— No Matter How Many Petitions Are Signed

As we reach the two-week mark for Star Wars: The Rise of Skywalker at the box office, the controversy continues to heat up. The latest news includes reports from one of the editors, Maryann Brandon, citing that Disney rushed production of the film.

Then on Jan. 1, 2020, a Reddit post reported that the movie playing in theaters is nothing like the film director, J. J. Abrams, intended to produce. Let’s take a look at how #ReleasetheJJcut took over Twitter and why the source claims that fans will never see the J. J. Cut if there is one. 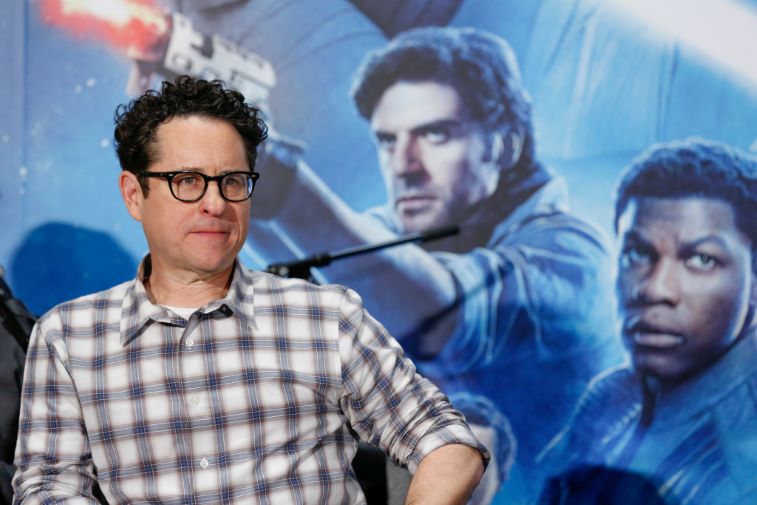 The trending hashtag on Twitter, #ReleaseTheJJcut, stems from a movement that began with the release of the Justice League in 2017. The film director, Zack Snyder, who initially shot the movie, was asked by Warner Bros. to step aside and let Joss Whedon finish the production.

As a result, many fans and celebrities believe that Justice League bombed at the box office due to the cut scenes and the many changes that Whedon made. Since 2017, dedicated fans continue to beg for Warner Bros. to release the Snyder cut of the movie. That movement uses #ReleaseTheSnyderCut. The release of additional footage has not yet occurred.

It looks like it is happening again, but this time with Star Wars: The Rise of Skywalker. A recent Reddit post indicates that Disney made numerous changes to the film that Abrams did not agree to. Star Wars fans do not mess around. They took to social media demanding that Disney #ReleaseTheJJCut.

What is in the J. J. Abrams cut of ‘The Rise of Skywalker’?

“J.J. [Abrams]’ original early November cut was three hours, two minutes long,” according to the Reddit user who is “corresponding with someone who worked closely on the production of TROS.”

Fans are adamant about seeing the additional 40 minutes of the film if they do exist. The movie in theaters is only two hours and 22 minutes long.

A thousand generations live in you now. See #StarWars: #TheRiseOfSkywalker now playing in theaters! Get tickets: (link in bio)

“The ‘ending that will blow your mind’ was a part of this,” wrote the Redditor. “Older actors were included like Hayden [Christensen], Ewan [McGregor], and Samuel [L. Jackson], and anyone who wasn’t animated. The Force ghosts weren’t meant to be voices because they shot that footage on camera. The actors were in costumes. Rey [Daisy Ridley] was supposed to be surrounded by the Force ghosts to serve as sort of a barrier between her and the Sith surrounding them.”

If the original ending includes Christensen, McGregor, and Jackson fans can’t believe that Disney chose to cut those scenes.

The controversy surrounding Kelly Marie Tran and the possible Poe/Finn romance is in the J. J. cut

“The late November cut (the last cut J. J. [Abrams] approved of) had scenes with Rose [Kelly Marie Tran] and Rey still,” continued the Redditor. “[Abrams] wanted to give her a more meaningful arc. Disney felt that that was too risky, too. My source mentioned that [writer] Chris Terrio said that it was because of the Leia [Carrie Fisher] scenes, but this is only partially true because she had four other scenes including two with Rey/Daisy that Leia was not in.”

The saga comes to an end. #StarWars: #TheRiseOfSkywalker is now playing in theaters! Get tickets: (link in bio)

The controversy surrounding Tran’s cut scenes have been a trending topic of discussion since the movie came out. Terrio explained that several of Tran’s scenes were left out because the old footage of Fisher—who died prior to filming Episode IX—was too choppy. Could executives at Disney have decided to remove more of Tran’s scenes? Fans want to know what the truth is.

“The source asked about Finn [John Boyega]/ Poe [Oscar Isaac] after seeing Isaac’s comment about how Disney didn’t want [the pair] to be a thing,” wrote the Reddit user. “This is true. J. J. [Abrams] fought to make this happen. This is why Isaac is blaming Disney. It’s not just a random throwaway comment.”

The Finn/Poe comment is referring to the belief by Isaac that he would have liked to see a romantic relationship between the two men. Isaac claims that Disney did not want this to happen.

“J. J. [Abrams]’ cut still exists and ‘will always exist,’” wrote the original poster. “We most likely will never see it unless ‘someone accidentally leaks it.’”

If what the source claims are valid points, it would be surprising if Disney released it. At this point, the J. J. cut is an unconfirmed rumor. However, that will not stop avid fans from requesting to see the cut footage.

“My feeling was that this film needed to be longer, to flesh out the story and characters, pay homage to the previous films and give the viewers a truly satisfying conclusion,” wrote one fan on Twitter. “IF there is a J.J. cut, then this should be released.”

Despite the trending hashtag, the petition at change.org only contains 215 names at the time of this article’s publication.

For now, fans must settle for the cut of The Rise of Skywalker that is currently playing in theaters.