Strictly Come Dancing stars AJ Odudu and Kai Widdrington have been backed into a corner and grilled about the romance rumours swirling around them.

Speculation is rife that the dance partners have struck up a connection after a source claimed TV presenter AJ was ‘falling’ for professional dancer Kai.

Fuel was only added to the rumours when Kai was caught on his microphone telling AJ: ‘I love you,’ during Saturday night’s live show.

It Takes Two host Janette Manrara got on the case and quizzed the pair about their special relationship on Wednesday’s episode of the spin-off series.

‘Speaking of romance and the characters, you were both saying you wanted to bring romance to the floor and I think you really did because Kai you said this at the end of the performance…,’ Janette said as a clip of the moment he said ‘I love you’ was shown.

When it cut back to the in the studio, Janette said: ‘It was happiness! Do you find that you’re getting a bit of a deeper connection in this partnership?’ 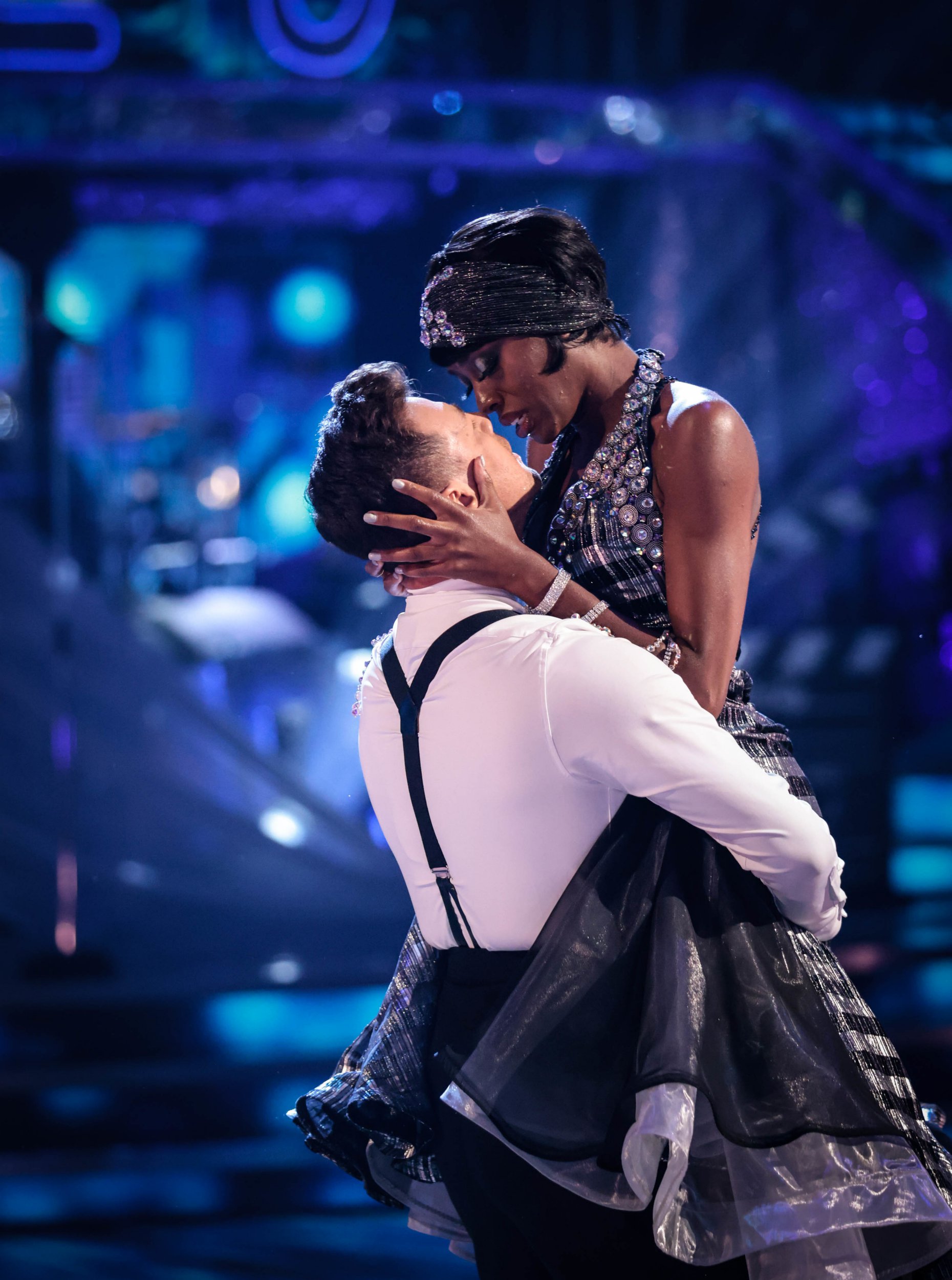 Kai and AJ giggled nervous before he took charge of addressing the rumours, stating: ‘I think that was all down to just the tough, tough week that we had and the fact that we got to the end of the performance and it was flawless and you smashed it, and you did all the lifts brilliant, did all the technique perfect.’

AJ chimed in: ‘We were both just relieved, you were just gripping onto my neck!’ as she momentarily held onto his hand.

Last weekend, a source told The Sun: ‘Everyone backstage is talking about the sparks flying between AJ and Kai. It’s very passionate and intense whenever they’re together.

‘They’re both single and have really hit it off and everyone on the show is saying it’s only a matter of time.’

‘They’re always laughing and flirting — romance is 100% on the cards.’

The insider added: ‘Kai is totally AJ’s type. He’s got loads of banter and he’s been blown away by her, too.’

Body language expert Judi James recently told us that AJ is giving off flirty signals in rehearsals with her dance partner.

Strictly Come Dancing returns this Saturday at 7pm on BBC One. It Takes Two airs weeknights at 6:30pm on BBC Two.