Home » TV & Movies » 'Summer House': Carl Radke Reveals if He Returns This Season After Leaving to Attend His Brother's Funeral

Carl Radke from Summer House tearfully left the house to be by his parent’s side after his brother died.

Radke’s brother Curtis died only days after his mother got married, a wedding Radke did not physically attend due to Covid-19 (coronavirus) concerns. Instead, Radke and the rest of the cast attended the nuptials virtually and spoke with Radke’s mother Sharon and new husband Lou via video chat.

But once Radke received the call that his brother had died, he decided to leave the house to be by his parent’s side. But does he return to finish out the season? 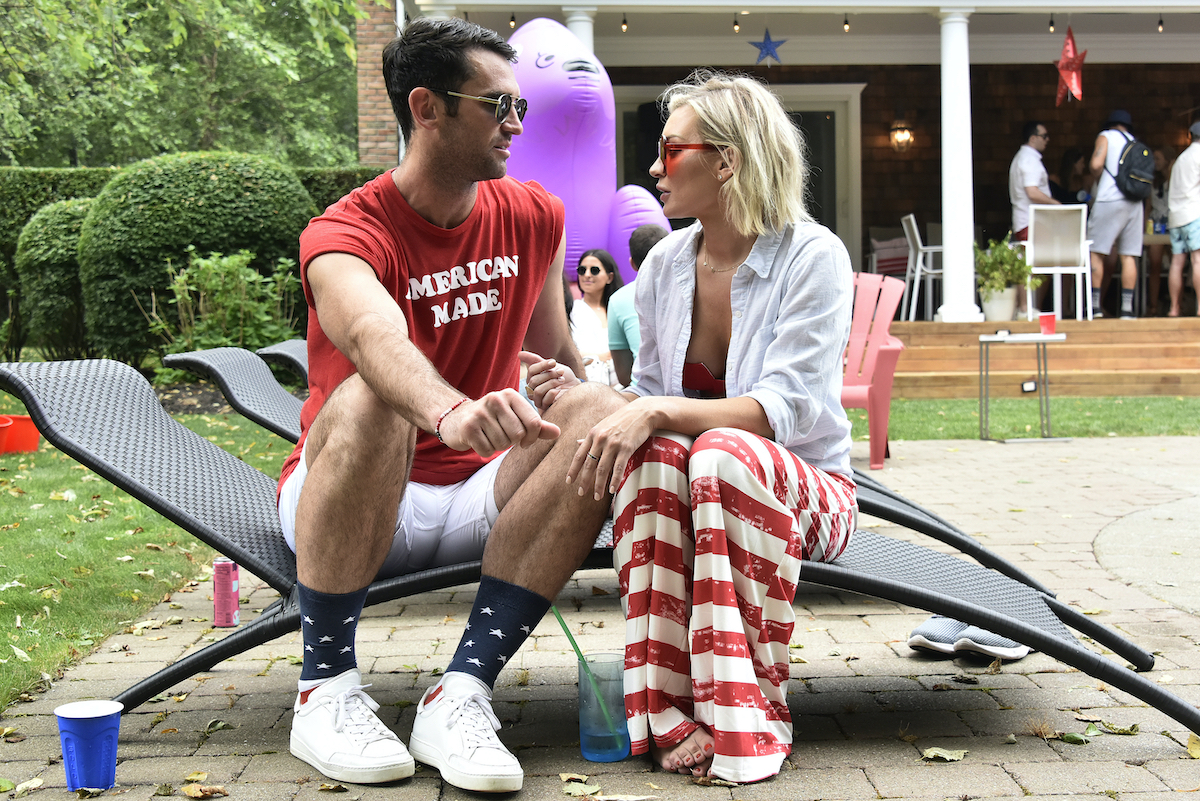 Radke recently confirmed he does return for the rest of the season. “You’ll see the inner debate I had about it,” he said on Access. “I didn’t go home for my mom’s wedding, which was a week before that. Because of Covid and just being completely safe. If I go somewhere, coming back I could risk the rest of the house.”

“So it maybe seemed a little weird now, ‘Oh I can’t believe you wouldn’t go to your mom’s wedding,’” he remarked. “But back in August, that was a very scary proposition. Traveling and going to a wedding with other people.”

“And then a week later obviously my brother passing,” he continued. “I was like there’s no way I’m not going to be there for that. If I’m gonna get sick to go home, I was willing to do that for myself. Even though maybe that’s a little selfish. But I do come back. You’ll have to see how long I was gone for … but I do come back.”

Radke had to relive the pain he experienced in August during a recent episode of Summer House. He shared his thoughts and feelings going through the pain, revealing that everything is still too raw.

“I’ve cried a lot since that day in August and it’s still feels very strange to think my brother is no longer here,” Radke shared on Instagram.

“Losing a sibling is like no feeling I’ve ever had and having to go through that while filming #SummerHouse is so surreal and hard to describe,” he continued. “That moment is the most vulnerable and raw I’ve ever been and it was on TV. So I’m still processing/healing as I write this. Its just very very hard. I feel so lucky to have my Mom and my Dad who have come together in a beautiful way. I can’t thank my family and friends enough.”

“Curtis had a big heart and would have hoped he could use his experiences to help people,” Radke wrote. “I’m fortunate and grateful to have a platform to speak out so I partnered with Shattterpoof to help reverse the addiction crisis and bring awareness to this disease. If you or a loved one are struggling please follow @weareshatterproof YOU are not alone. There is help out there. Curtis, I’m wearing the Pirates hat for you.”