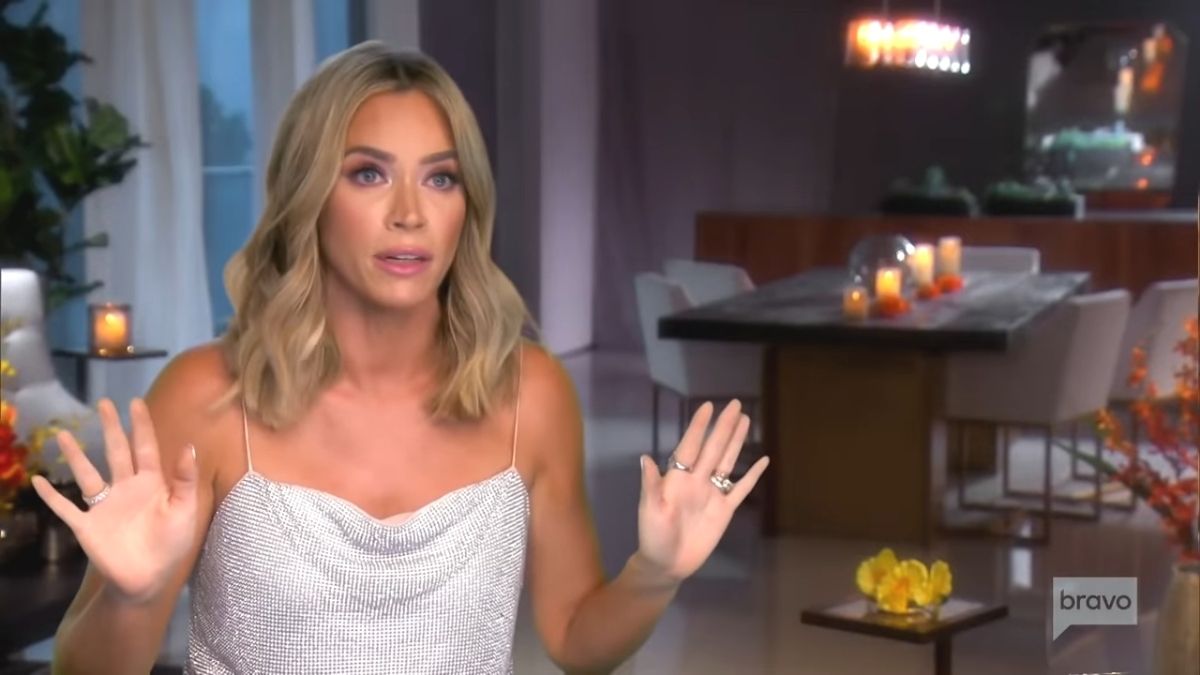 It’s no secret that some viewers want Teddi Mellencamp to make her exit from The Real Housewives of Beverly Hills.

And they may have gotten a little excited this week after a tweet seemed to confirm that she was quitting the show.

Unfortunately for the haters, the celebration was short-lived, because the tweet was fake.

Teddi did not post on social media that she was leaving RHOBH.

The accountability coach recently commented on the tweet calling it “#FAKENEWS.”

“Thanks for the extra press,” wrote Teddi in response to whoever sent out the fake message. 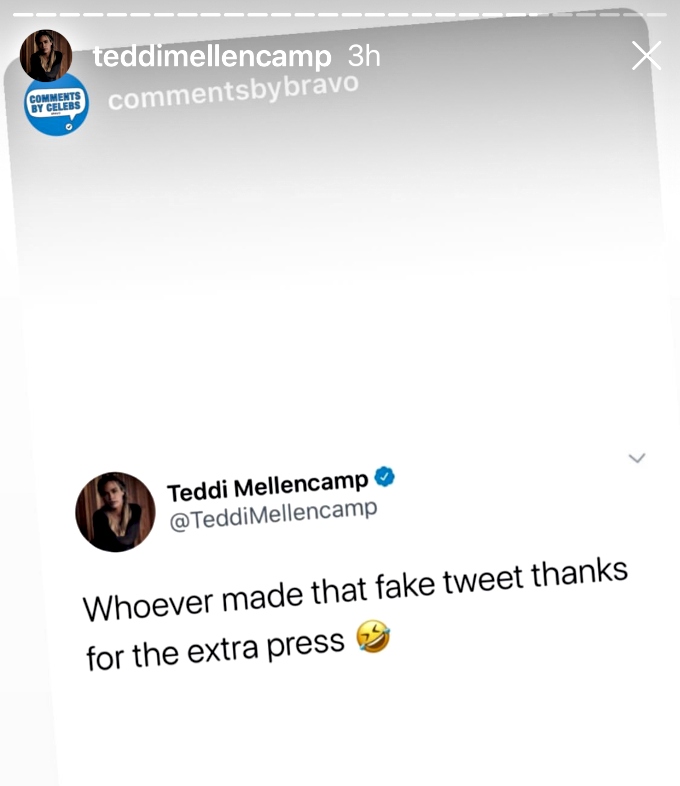 As for the fake tweet in question, it read in part, “Hope everyone enjoy tonight’s episode of #RHOBH-it’s a bumpy ride! After 3 seasons I have decided to walk away from the show.” 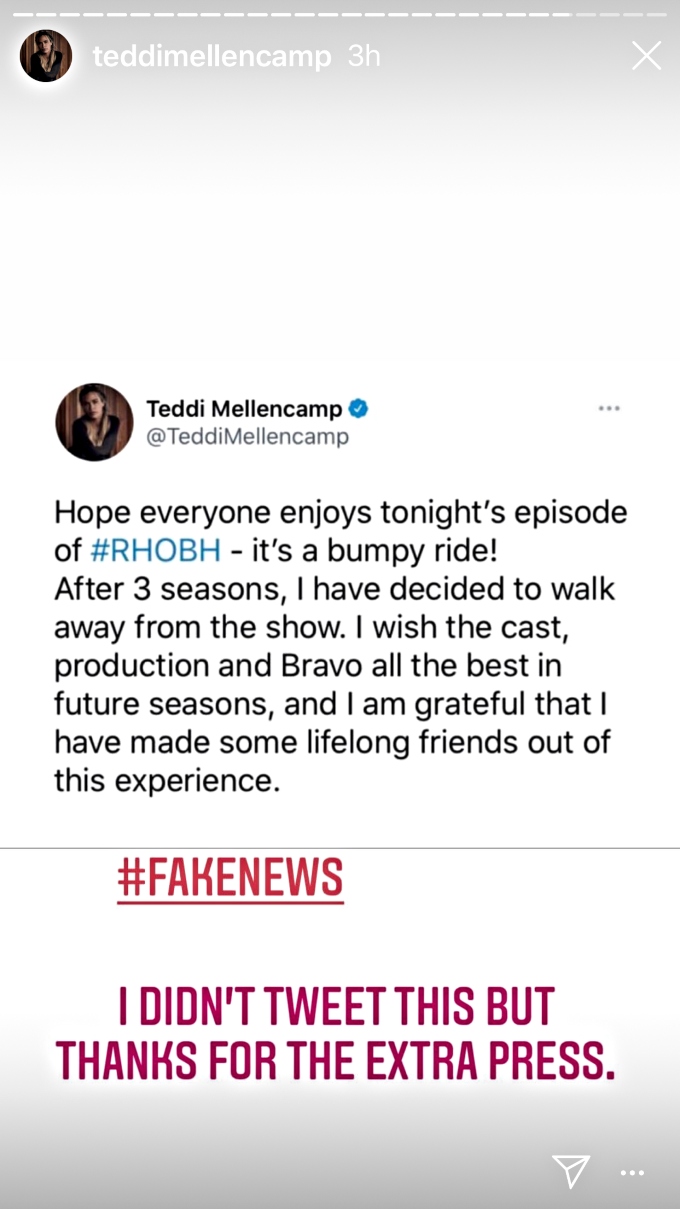 The tweet might have been fake, but if fans had their way, the 39-year-old would get the boot from the Bravo show.

Teddi has been getting a lot of backlash since last season – when it was revealed that she played a role in the puppygate debacle.

And things have only gotten worse in Season 10 – especially after she broke the news about the Brandi Glanville and Denise Richards affair rumor to her castmates.

Teddi’s intention was not to share the scandal with the group after being told by Brandi right before they jetted off on their Italian cast trip.

However, while confronting Denise about nasty remarks that the actress had supposedly said about her, Teddi eventually spilled the beans.

Since then, the backlash from fans on social media has been brutal, with many calling for her to be fired from RHOBH.

The hate has gotten so bad that the mom-of-three had to clap back at fans who have been wishing death on her children.

In an Instagram post, she wrote, “You don’t always have to agree with me, you don’t even have to like me, but wishing someone would die is taking it to the next level.”

She added, “I had so many comments in my last post saying that wish I was dead, wishing harmful things on my children and that’s really where like enough is enough!”

Despite the constant hate, Teddi doesn’t seem to have any plans of leaving the show quite yet.

She’s been on RHOBH for three seasons now and it seems as if we may see her again next season.

The Real Housewives of Beverly Hills airs Wednesdays at 9/8c on Bravo.