“The Office” moves from Netflix to NBC’s Peacock streaming app on Jan. 1 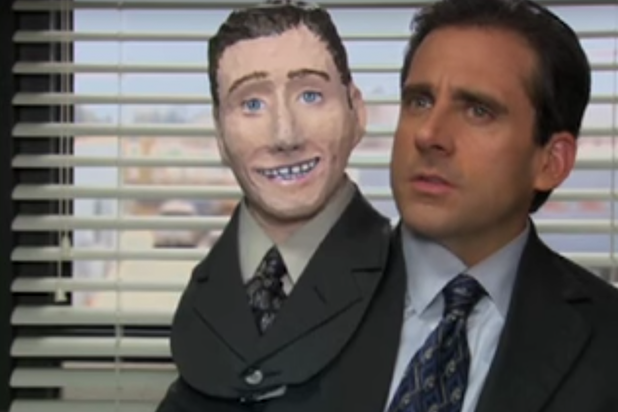 “The Office” leaves Netflix for NBC’s Peacock streaming service at the stroke of midnight on New Year’s Eve.

At 12:00 a.m. on  Jan. 1, the first two seasons of The Office will be available for free to all Peacock users; but if you want to watch Season 3-9, you’ll have to subscribe to Peacock Plus to step back into their favorite fictional workplace. Peacock Plus ad-free costs $10 per month, while an ad-supported version is $5 monthly.

Which means you only have a few weeks left to binge “The Office” unimpeded on Netflix. That’s a lot of episodes but we think you could probably just boil your trip through the Dunder Mifflin campus to a few greats. So here, ordered by the seasons in which they appear, are our 15 most essential episodes of “The Office” to binge before the show migrates to Peacock.

Ask any fan about “The Dundies,” and they’ll instantly tell you that this episode is near the top of their list. Not only does it introduce what would become Dunder Mifflin’s primer award ceremony, it shows us exactly how dysfunctional this family of co-workers really is — and why they all love each other. It gives us the best (and worst) of Pam and Michael, Angela’s cat becomes an icon. (“SAVE BANDIT!”), and somehow Scranton Chili’s becomes the best setting for an awards show. Basically, this episode is a gem.

Everybody’s got something to hide in this episode in the second season of “The Office,” written by Lee Eisenberg and Gene Stupnitsky. Is Oscar Martinez really out sick? Dwight “investigates,” and ends up finding out some surprising truths about the quiet accountant.  Meanwhile, Jim and Michael have an iconic lunch at none other than Hooters.

Oscar stars again in this debut episode of the third season of “The Office,” and he’s got lots of opinions to make known. After Michael calls Oscar a gay slur, he learns that Oscar is not only offended, but also gay. Oscar threatens to quit and make a human resources nightmare for Michael, who tries to make it right and avoid a lawsuit right by kissing him… and other ill-advised advances. This hilarious episode certainly told us all what not to do when a coworker comes out. Meanwhile, Jim transfers to the Stamford branch and Pam breaks up with Roy!

Even in the second season, you knew that any big “Office” event would be memorable. And this season finale was certainly up there. It featured important firsts, like Michael having a first date with his wife and Carol meeting Jan. But the real winner of this episode was Jim and Pam. Jim finally confessed his feelings, only for Pam to turn him down. Not that it mattered much, because Jim kissed her anyway. Count yourself lucky that you didn’t have to sit through that long summer of a hiatus, because there were a LOT of feelings.

Everybody loves pretzel day. Heck, we almost wish we were back in the office so we could make pretzel day on April 26 a real tradition. But more importantly, this is a rare episode that gives viewers a look into Stanley Hudson’s life. While the main plot of this season three episode focuses on Ryan going on his first sales call with Dwight, it soon becomes all about pretzel day — the one day a year the office gives away free soft pretzels with unlimited toppings.  The best quote of the episode might be from Stanley, who says, “I wake up every morning in a bed that’s too small, drive my daughter to a school that’s too expensive, and then I go to work to a job for which I get paid too little. But on pretzel day? Well, I like pretzel day.”

Mindy Kaling’s writing debut on “The Office” was also one of the first times NBC put any television episode related to an Indian holiday on the air. It also aired a handful of days after the actual Diwali holiday concluded. Equal parts educational and entertaining, season three’s “Diwali” shows Kaling’s character Kelly Kapoor bringing the entire office to a celebration of Diwali — which Michael thinks is basically “Indian Halloween,” leading to his date Carol showing up very out of place in a cheerleader’s outfit. Come for Pam letting her hair down on the dance floor, stay for Angela’s one-liners about naan.

B.J. Novak (aka Ryan Howard the temp) wrote this episode, and it’s directed by Harold Ramis, director of “National Lampoon’s Vacation.” The madcap episode follows Michael running a very unsafe safety training after a conversation with warehouse chief Darryl about how the warehouse is more dangerous than the office. Yes, this is the one where Michael ends up on the roof in a weird attempt to illustrate the horrors of depression and screams the iconic Saturday Night Live tribute line, “Dwight, you ignorant slut!”

We tried not to play favorites with this list, but we had to put “Dinner Party” at the top of the list. If only for the fact that we get a conversation about vasectomy and a hilariously intense focus on Jim and Pam’s relationship. (Thanks, Jan!) In all honesty, the true star of this episode is the brilliance of taking our favorite characters out of their work setting and giving us a peek into their daily life. It’s just as embarrassing and awkward as you’d expect as three very different couples at varying stages of their relationship come together, and maybe that’s why we love it so much. Because it’s just that relatable. And the best episodes of “The Office” have always been grounded in relatability, where we can empathize with them. Also, there’s just too many golden moments to count in this one — from Jan dancing awkwardly to Hunter’s indie folk CD to Michael’s outsized pride over his tiny flat screen TV… and you can’t forget the first look at the hottest closet candle business, Serenity By Jan.

We all get a little stressed sometimes. But only at Dunder Mifflin would stress involve Dwight staging a fire, Stanley suffering a heart attack in the same episode, and Pam dealing with the fact that her father is temporarily living with her. And only at Dunder Mifflin would Michael would organize a comedic roast of himself to alleviate the stress of his coworkers, and then decide he couldn’t take the insults. There are way too many one-liners to count that make this two-part episode great, but we can pretty much sum it up with what has become everyone’s favorite mic drop: “boom, roasted!”

The fifth season of the “The Office” was full of gems. And really, would you have put it past Michael Scott to start his own paper company? Because that’s what we all do when we’re not happy with how we’re being treated in our jobs. The best part of the episode is watching (in true cringe-comedy fashion) as Michael pursues this new venture, while his coworkers (save for Pam) basically refuse to be a part of his endeavors. Surprisingly, the company turns out to be a hit, at least until they get too successful. Michael’s paper company eventually ends up back in the folds of Dunder Mifflin, but no one can ever say Michael Scott isn’t a good businessman. Or a memorable one.

Meredith Palmer is in rare form during this fifth season episode, which is also home to the legendary cold open where Kevin Malone arrives early to work only to spill a gigantic pot of homemade chili all over the floor and himself. During casual Friday, we see a lot more of our favorite Dunder Mifflin employees than usual — especially Meredith, who decides to (very noticeably) show up without any underwear.

Like Season 5’s “stress Relief,” we consider this two-part entry a single episode and you should too. Watch Jim and Pam’s glorious wedding and journey on the Maid of the Mist in back-to-back episodes now. And how could we leave the wedding of Jim and Pam off this list? We waited so long for this moment! Since the entire office is invited to their ceremony in Niagara Falls, it’s no surprise that things go a bit off the rails. Michael makes some unappreciated personal facts about the happy couple publicly known, while Andy makes a mess of himself trying to impress Erin with a dance routine.

If we look back on “The Office,” one of its greatest achievements might have “Threat Level Midnight” becoming a real thing. Let’s face it: Michael Scott’s movie — ten years in the making — was pretty epic. Is this episode great because of one the best one-liners, “clean up on aisle five?” Toby’s head “exploding?” Goldenface (a.k.a. Jim)’s villanous speech that includes the line “I’m gonna dig up Scarn’s dead wife and I’m gonna hump her real good!” Probably all of the above, but in addition to all the classic moments, the episode just feels like the best payoff after two different seasons teasing Michael’s film.

The send-off episode for Michael Scott was a good one and an emotional one as Michael tries to say all his goodbyes (and give all his gifts) to his friends before his last day at Dunder Mifflin ends. It’s an episode filled with just as much laughter as there is heartache, from Michael giving Andy ten new clients to Jim’s heart-to-heart with his “best boss.” And if you didn’t get a little misty-eyed when Michael finally got to tell Pam good-bye after she showed up at the airport just in the nick of time, you’re definitely not alone.

Rarely does a long-running television show manage to stick the landing on a finale that satisfies its story, fans, and critics. But credit where credit is due: “The Office” did just that when it went off the air in 2013. The episode brought the whole gang together one last time and even did a time jump right by allowing us to celebrate Dwight and Angela’s wedding. It introduced Angela’s sister, tied up storylines for characters we cared about, and even though it was brief, brought back Michael Scott one last time (let’s face it: the episode would’ve felt incomplete without him.) Perhaps most fittingly, the finale reminded us why we loved these dysfunctional, lovable, endearing characters we’d spent so many years with — and reminded them of why they loved each other.