The Apprentice candidate slams 'unfair' Tim Campbell: 'You weren't there!' 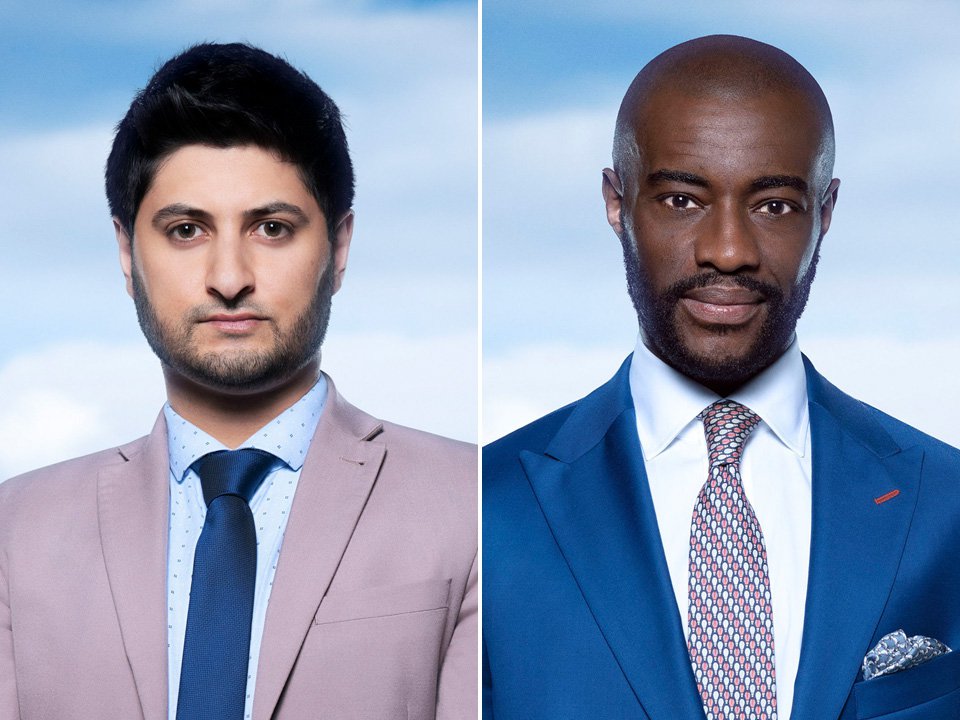 *Warning: This article contains spoilers from The Apprentice series 16, episode 1.

The very first candidate to hear the immortal words ‘you’re fired’ from Lord Alan Sugar on The Apprentice series 16 has slammed Tim Campbell for being ‘unfair’.

Harry Mahmood was the unfortunate aspiring entrepreneur to be sacked by the Amstrad mogul, accused of being ‘disruptive’ by his teammates and Tim, the first ever winner of The Apprentice who returns as Lord Sugar’s aide, replacing Claude Littner.

The opening task of the series saw the 16 candidates split into two teams, as always a team of men versus a team of women.

Akshay Thakrar – who boasts the nickname ‘AK47’ because he’s a killer salesman – lead the gents, with Kathryn Louise Burn taking charge for the girls, having to create an innovative cruise ship brand and advertising campaign which would be pitched to the bigwigs of the travel industry.

While neither team was particularly inspiring, it was the boys who fell short after offering a logo that didn’t even include the name of the brand and, to everyone, resembled a turd.

Although, their brand name was ‘Never-ending nautical’ – not exactly the life jacket that would save them.

While Akshay was called out by the team for not listening to other ideas, and sub team leader Akeem Bundu-Kamara was ultimately responsible for the unbranded logo more suitable for a sewage company, Harry got the chop.

‘I feel like I’ve been robbed of that opportunity which is really annoying but I accept that was the fate for me because I believe what is meant to be is meant to be.’

While he accepts the decision, Harry is baffled by Tim’s feedback to Lord Sugar, which likely helped the final result, when he was overseeing the other team throughout the task while Baroness Karren Brady was monitoring the men.

‘What you won’t see is when the boys piped up about being disruptive, Karren actually hit Akeem down and said, “actually that’s not right, he’s being slightly annoying but not disruptive.”

‘I don’t know why Tim is saying everyone thinks I’m a disrupter, I’m a challenger because when I see things aren’t going the way they need to be I challenge them back into the right direction. That’s just me being passionate as a person, I’m passionate and creative but the fact they can’t distinguish between the two is a downfall on their part.

‘I think it’s very unfair for Tim to say I’ve been disruptive, he said that the majority of people think I’m being disruptive but when you break it down what am I being disruptive about? It was challenging them to make them see sense.’

Although, Harry is taking the feedback in his stride, comparing himself to some of history’s greatest pioneers.

‘But I hear the word disruptive and take it as innovative and ground-breaking, people have been described as ‘disruptive’ ‘- Nelson Mandela, Mohammad Ali, Elon Musk, and helped change and influence the world like they have.’

As for what’s next, Harry ‘would love a media career’ but is already busy with his own app, delivering medical supplies to those who need it and continuing to provide support to those struggling in the pandemic after being awarded with a medal from Queen Elizabeth for his services.

‘I got a British Empire medal for supporting people during Covid, working with communities and supporting in education. I don’t brag about it but I’m very humbled to have been honoured by the queen. This is the start, I really want to help people reach their dream.

‘I want to say to Lord Sugar we’ve got something I common and I have been honoured by the queen. If the queen has invested in me with a medal and seen this in me why can’t Lord Sugar?’

The Apprentice airs Thursdays at 9pm on BBC One.