‘The Bachelorette’: Why Did Joe Coleman and Michelle Young Break Up in Season 18?

Many fans of The Bachelorette Season 18 were floored when Michelle Young didn’t pick Joe Coleman as her winner. The two hit it off right away after “meeting” before the show. Then the contestant quickly turned into a frontrunner. So why did Joe and Michelle break up and is there a chance the two will get back together during The Bachelorette “After the Final Rose” special on Dec. 21? Here’s what we know so far.

In the end, Joe seemed to respect Michelle’s decision, and he went home before The Bachelorette finale. Then on the car ride back, the contestant shared how hurt he felt.

“I’m in shock. I didn’t see that coming,” Joe told producers. “I really thought that she was my person. … You open your whole heart, and then this happens. Kicked me good for sure. I just wanna go home.”

Meanwhile, Joe hinted how he felt, posting a sad photo on Instagram after his split with Michelle. In the pic, Joe sat alone in the middle of a basketball court as a storm seemingly approached.

“What a time,” Joe captioned the photo alongside an emoji of a wilting rose.

Will Joe Coleman and Michelle Young get back together? 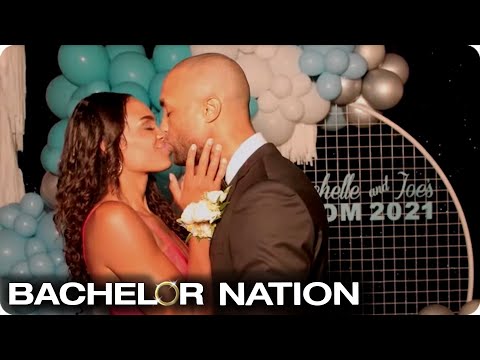 Although many Bachelorette fans were shocked when Michelle and Joe broke up in season 18, it doesn’t look like the two will get back together in the finale or “After the Final Rose” special episode.

According to Reality Steve’s spoilers, Michelle will get engaged to Nayte Olukoya during the final rose ceremony. The Bachelor Nation blogger also claimed that the two are still together now, even after the show has aired.

Nevertheless, it’s possible that Joe and Michelle will reunite during the “After the Final Rose” special to get some closure. So stay tuned.