Terry Jones stars in Monty Python's Life of Brian in 1979

Back in 1979, Monty Python released their new feature-length film, a comedy about a mistaken messiah living at the same time as Jesus Christ. Incredibly controversial and banned outright in some places on its debut, Life of Brian is today hailed as one of the greatest comedies of all time. But did you know it’s thanks to The Beatles’ George Harrison that the film was even made?

Just days before Life of Brian was due to start shooting, funding by EMI Films was withdrawn.

And now his fellow Beatle Sir Paul McCartney has praised the late star’s bravery for getting the religious satire made.

Appearing on The Adam Buxton podcast, the 78-year-old was asked about his relationship with comedy. 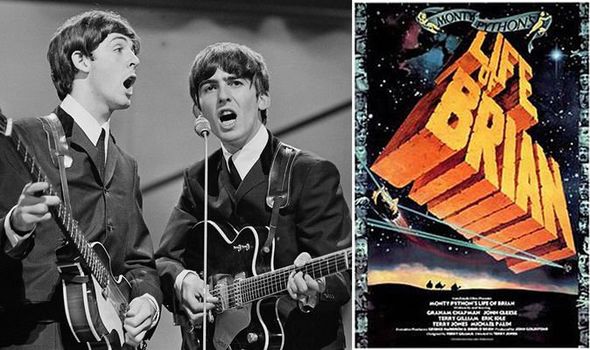 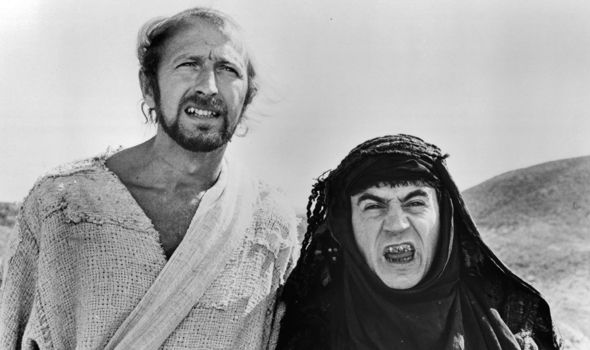 Sir Paul replied: “Well I love [comedy] like George did.

“He just happened to hook up with the Pythons and so that was really great because he was able to make films with them.

“In fact, I think it was Life of Brian: nobody wanted to make it because [of the] religious problems. But, y’know, he was brave enough to do that.”

HandMade Films went on to make a number of other cult comedies including Time Bandits and Withnail and I. 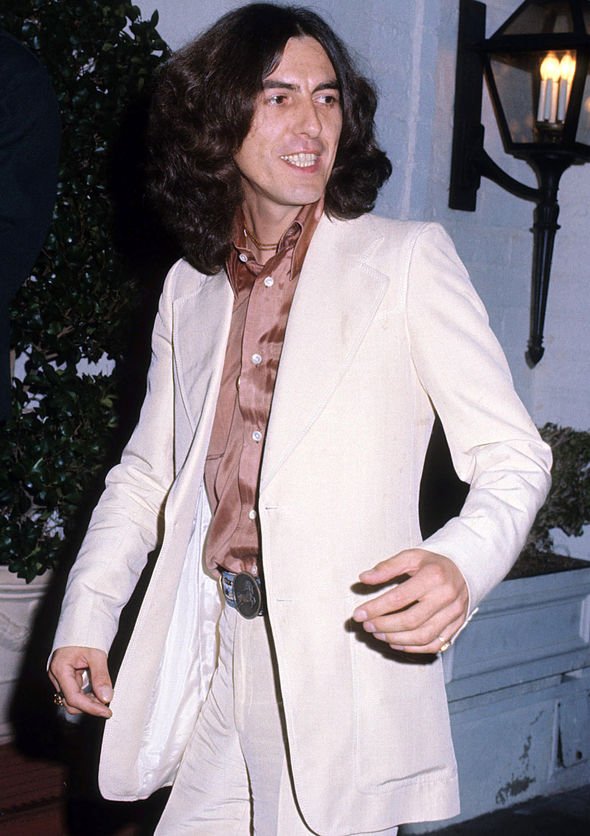 And earlier this year Terry Jones became the second member of Monty Python to pass away.

The 77-year-old played Brian’s furious mother Mandy, who after attending a stoning was particularly irritated by her son’s disciples waiting for him outside their home.

It was here that Jones offered Life of Brian’s most quotable line in. He said: “Now you listen here! Here’s not the Messiah, he’s a very naughty boy! Now go away!”

Interestingly enough, it’s often forgotten that Jones also co-directed Monty Python and the Holy Grail and directed Life of Brian and The Meaning of Life.

The latter was The Quarrymen member who introduced Sir Paul to John Lennon on July 6, 1957, at the Woolton village fête.

The snap shared by the 78-year-old was taken a year later when he and Ivan were around 16 and Harrison 15.

Posted on his Instagram, Sir Paul commented: “We had a few words and phrases that, if one of us said it, would amuse the others because it was like a secret code…”

Vaughn played tea-chest bass part-time for The Quarrymen and went on to study Classics at University College, London. Throughout this time, he remained in touch with his friends The Beatles as they rose to fame. He went on to teach Psychology at Homerton College, Cambridge from 1973 to 1983.

But tragically was diagnosed with Parkinson’s Disease at a young age. After retiring, Vaughn wrote a book called Living with Parkinson’s, published in 1986. He died in 1993 at the age of just 51-years-old and at the funeral McCartney’s Blackbird was sung.

The Beatle even sent a poem called Ivan to his widow, which echoed their friendship and those “crazy invented words” Sir Paul mentioned in his post. A line from the poem reads: “A classic scholar he, A rocking roller me, As firm as friends could be.”