The upcoming season of The Blacklist marks a new beginning for the NBC series. The season 8 exits of creator Jon Bokenkamp and leading lady Megan Boone leave many wondering what will become of the crime drama. Here’s why some fans think season 9 will tackle uncharted territory in the wake of Elizabeth Keen’s death.

Did ‘The Blacklist’ writers turn Elizabeth Keen into a trope? 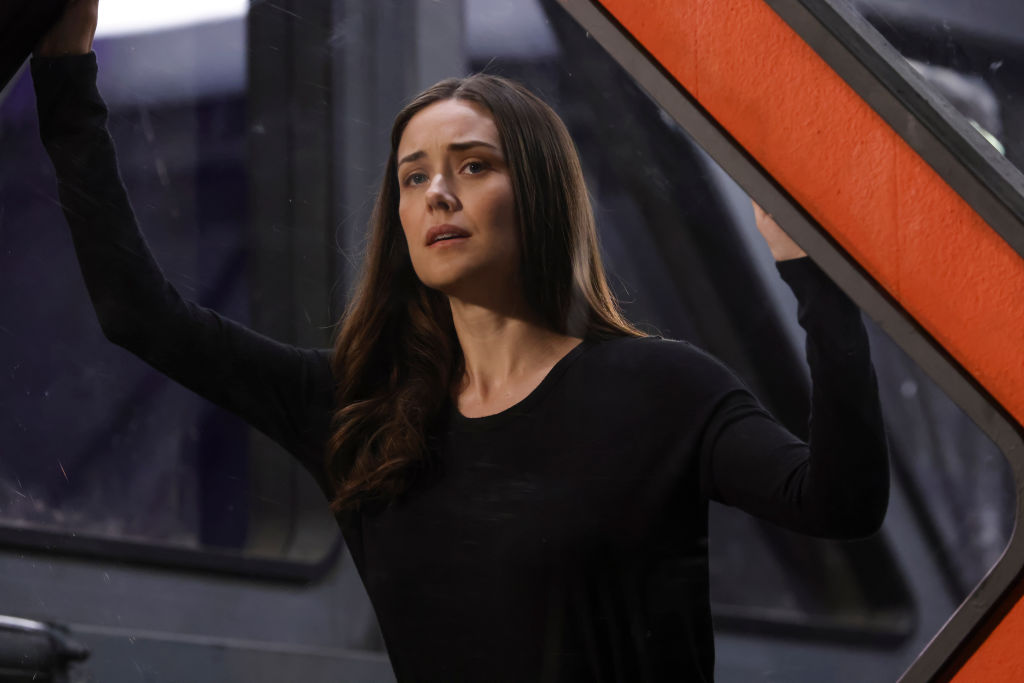 Tropes are prevalent in every TV show, film, or book. The Blacklist is no different. While the character of Raymond “Red” Reddington (James Spader) isn’t so “on-the-nose,” some say former FBI profiler Elizabeth Keen (Boone) matches “The Scrappy” trope.

According to TV Tropes, Liz fits the following criteria: She is unintentionally hated by the audience despite the writers’ best attempts to make her the one who saves the day. With that, many of the show’s viewership never liked the character or grew to dislike her through the seasons — more than any other character.

Most of those intense feelings stem from how Liz is portrayed, but some have connected the character with Boone and the backlash is volatile. Not only is the character of Liz disliked, but she inspires some to move away from the show entirely. Normally, the protagonist becomes the hero, but in this case, Liz became an accidental villain.

Why some fans think Liz got the ‘Poochie’ treatment

The season 8 finale “Konets” killed off Liz, leaving some to wonder how things will resolve when season 9 picks back up. In the episodes leading up to the big event, Bokenkamp infused as much mythology as possible, despite some contradictions to past events.

“The promise of the next episode, which we are incredibly excited about, is to really walk through, almost as a document, eight years of mythology,” he previously told Entertainment Weekly about the second-to-last episode, “Nachalo.”

However, according to some fans, all the supposed answers revealed will likely get tossed for season 9. One, in particular, describes how the show might address the mess left behind.

Liz’s death was set up in a way that didn’t leave them a lot of plot options going forward. And this may have been intentional.

I’d wondered, briefly, if the writers were setting Liz up for the Poochie Treatment. That is, kill her in a rather random, pointless manner to appease a bloodthirsty fanbase, put out an episode where everybody’s sad, and then give us a small time jump and never mention her again. Maybe Red reignites his romance with Madeline Pratt. Cooper gets a promotion. Perhaps Aram has another weird affair.

Agnes and Mrs. French vanish completely. Then something completely new brings them all together, and we watch with glee as Alan Shore with a machine gun rounds up some villains from the Batman comics.

That would be the most decisive way to end the cancerous Elizabeth Keen storyline: just kill her and be done with it. They’d be wise to ensure that Katarina Rostova is never mentioned again, either. If I arrived at NBC about now, this is what I’d do.

If this is the case, season 9 will essentially become new again. But will it satisfy? Losing so much of what’s been built could keep viewers watching but might not be enough to save the series.

Unfortunately, season 9 has a lot to contend with. Showrunner John Eisendrath doesn’t get the same faith fans had in Bokenkamp’s vision for the series. If they do proceed as if the mythology never happened now that Liz is gone, it could shed new light on Reddington, his motivation, and the “criminal-of-the-week” he’ll help catch — without Liz in the way.

It’s a tall order for The Blacklist team, but we’re hopeful it’s not the beginning of the end.