'The Bold and the Beautiful': Everyone Brooke Logan Has Been In a Relationship With

Brooke Logan — played by Katherine Kelly Lang — is now 35 years into her tenure on The Bold and the Beautiful. She’s one of just two actors to have stuck with the series since the first year. It wasn’t quite uninterrupted, as illness and maternity leave meant Lang was replaced for a short run by other actors. But the character has always been hers. 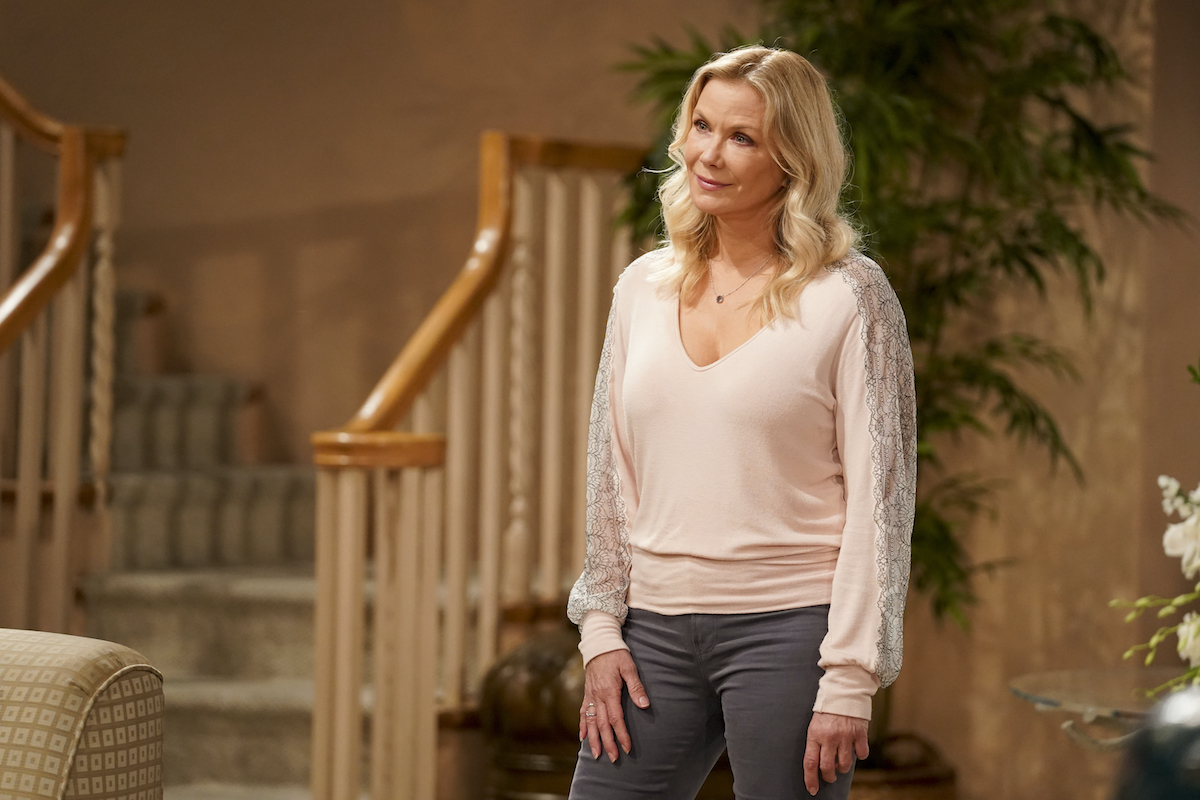 Logan is the closest thing the show has to a true protagonist. She’s married the same man a whopping eight times. She’s had almost uncountable relationships with various characters in between. She’s the business powerhouse behind Forrester Creations, putting her at the center of many of the main conflicts in the series.

Soap opera relationships tend to be defined by dramatic swings in one direction or another. But few characters can compare to Logan’s 35-year record. While she always seems to confirm that Ridge Forrester is her one true love, their fiery romance burns a bit too hot for long-term stability.

Brooke’s relationship history is extensive and it starts with an engagement to a Dave Reed, a police officer who comforts her after she escapes an attempted sexual assault, according to Fandom. The two get engaged but break it off not long after when Logan discovers feelings for, who else, Forrester.

In between the constant churn and turmoil of her entanglement with the Forrester family, Brooke got romantically involved with many other characters. She had a loveless marriage to Whip Jones. She married Nick Marone after pulling herself away from an affair with her son-in-law (more on that in a moment).

Her mind-bogglingly epic character arc is only matched by Forrester’s own shocking romantic pairings over the last three-and-a-half decades.

Forrester has, since nearly the beginning of the show, been portrayed as Logan’s truest love. But in the world of The Bold and the Beautiful, there is no such thing as a simple romance. As the CEO of Forrester Creations, he finds himself in constant conflict with his on-again, off-again wife. And, of course, good old-fashioned adultery — or at least confusion leading to accidental adultery — has often harmed the pair across their eight marriages.

Bill Spencer Jr. has, since 2009, been the major pull away from Forrester for Logan, The Sun reports. He is the illegitimate son of media magnate Bill Spencer, a long-time recurring character on the show. As the brains behind a major fashion publication, he regularly locks horns with Logan in between their runs as a romantic pair.

And then there is Logan’s infamous entanglement with one Deacon Sharpe. The devious, attempted-murdering, recurring character (on The Young and the Restless, as well) marries Logan’s daughter, Bridget. But, over the years, he has also involved himself with Brooke, leading to some of the most explosive drama on the show.

What’s next for Logan on ‘The Bold and the Beautiful’?

Logan’s latest arc brings her most controversial pairing into direct conflict with her longtime love. Forrester is back in the mix as a regular. And Sharpe has been a big part of the current run, as well. For Ridge to forgive Logan and move on, he feels compelled to put forth an ultimatum.

He wants Logan to cut off Sharpe for good, this time. And he isn’t wrong to have such strong suspicions, as Sharpe and Logan did indeed share a kiss on New Year’s Eve. She’ll have to figure out whether she can truly shake her longtime connection to Sharpe — soon.