The Boys recently brought its second season to a bloody end on Amazon Prime Video. One of the casualties of the series was Aya Cash’s Stormfront who was last seen very badly injured on the ground in the finale. So will she be back in season three? Here’s what has been revealed so far.

Is Aya Cash leaving The Boys as Stormfront?

WARNING: This article contains spoilers for The Boys season 2, episode 8.

Stormfront wreaked havoc on the world of The Boys in season two of the comic book series.

Introduced as the newest member of the Seven, she was slowly revealed to be a racist supe called Liberty who had thrived under Nazi rule.

This was revealed to the public in the season finale, which sent her on a spree of vengeance.

Firstly she was badly attacked by Kimikio (Karen Fukuhara), Starlight (Erin Moriarty) and Queen Maeve (Dominique McElligott) who gouged her eye out. 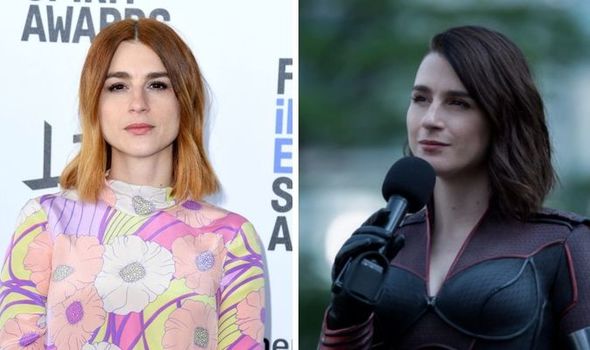 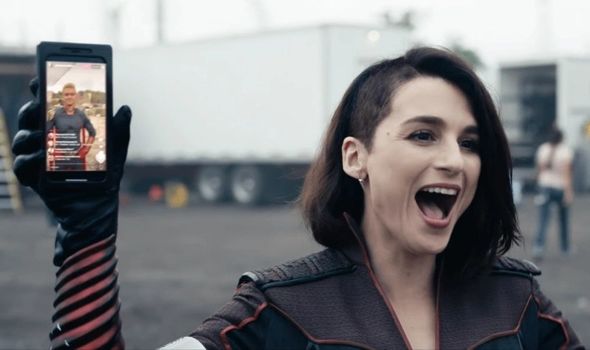 Then she managed to escape into the woods and attempted to kill Becca Butcher (Shantel VanSanten) who had been attempting to flee.

This prompted Becca’s son Ryan (Cameron Crovetti) to lose control of his powers, killing his mother and brutally maiming Stormfront.

However, given she seemingly did not die from the attack and was just very badly injured, some viewers have been left wondering if she will be back or not.

The latest update on her character’s whereabouts came from Homelander (Antony Starr) who revealed her fate at a press conference. 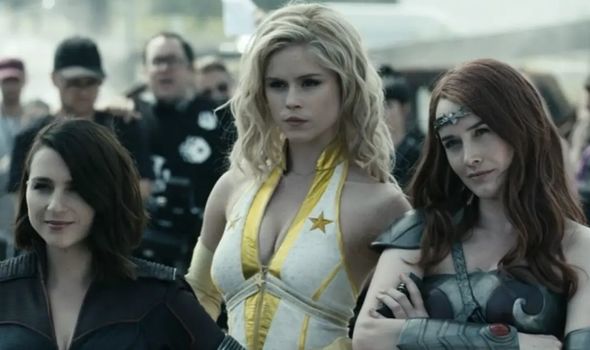 He said: “Thanks to the heroism of Queen Maeve and Starlight, Stormfront has been neutralised and is being held at an undisclosed location.”

This seems to hint she is definitely not dead but it also means she might struggle to return to superhero life any time soon.

As well as this, the actor herself has also addressed rumours about if she will be back or not.

Speaking to ComicBook.com, she said: “I had a wonderful experience on The Boys.

The Boys season 2 ending explained: What happened at the end? [VIDEO]
The Boys title card: Who was Andrew Jack? Star honoured in The Boys [INSIGHT]
The Boys season 3 release date: Will there be another series? [PICTURES] 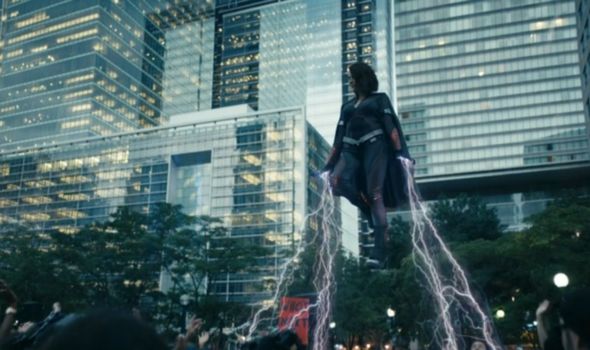 “I was always signed up for one year, so who knows?

“If the writers have something for me to do, I will absolutely be there.

“I think Stormfront’s story has been told very well, in terms of the arc of what happened.

“But if they want me back, I will be back in a second.”

This also would not be the first time the comic book series has brought back a character in some form or another.

At the beginning of season two, Madelyn Stillwell (Elizabeth Shue) appeared in some of Homelander’s fantasies thanks to shapeshifter Doppelganger.

As well as this, the first script of season three has teased the introduction of superhero group Payback.

In the comic book series, they are described as the second most popular group of superheroes.

And Stormfront was one of their key members in the origin material.

The Boys season 2 is available to stream in full on Amazon’s Prime Video now.