When costume designer Amy Roberts joined “The Crown” for Season 3’s shift to the ’60s and ’70s, alongside the arrival of Olivia Colman’s Queen Elizabeth and Helena Bonham Carter’s Princess Margaret — both Emmy-nominated along with Roberts — she had quite a steep learning curve: “I needed to get used to ‘The Crown’s’ DNA,” she said. “It’s such a vast project…logistically [with two costume units shooting simultaneously] and creatively.”

But after studying Peter Morgan’s “grand opera” about the royal family and immersing herself in the historical research, Roberts eventually got the particular DNA. “It’s that balance of the gritty reality of the history with the glamorous, stylized view of that world, which Peter Morgan [brought],” she said. Mainly, though, it’s about the relationship between the good sister (Elizabeth) and the bad sister (Margaret), which culminates in the memorable season finale (“Cri de Coeur”), for which Roberts is nominated.

In terms of wardrobes, the big difference in Season 3 was a lot more color. That was partly a reflection of the changing fashions during the Swinging ’60s, but also because of the clash in personalities and circumstances for Elizabeth and Margaret, who both undergo mid-life crises. Roberts dressed the queen in pretty, clear colors to convey her steady, unwavering leadership, while making the unhappy princess more flamboyantly stylish. 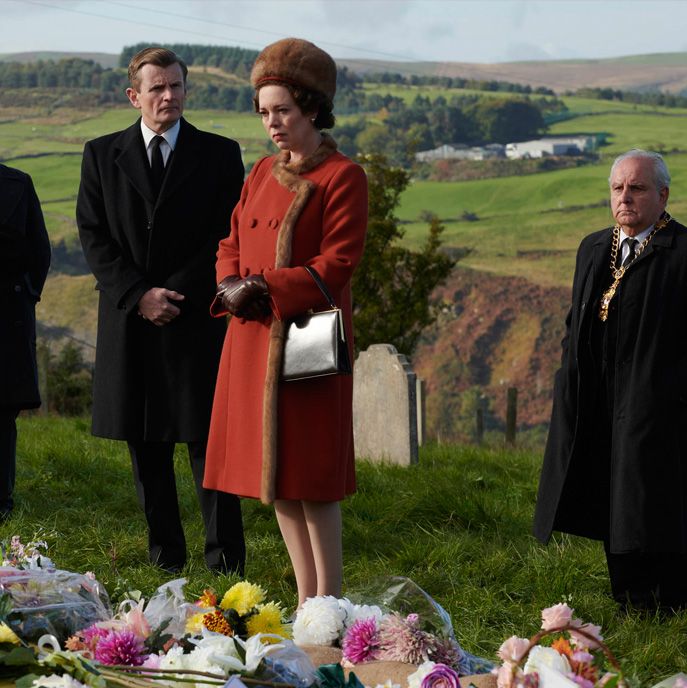 “The Crown” goes to Aberfan.

In fact, although Margaret dominates the episode with her notorious affair with young gardener Roddy Llewellyn (Andrew Buchan), Elizabeth’s half-a-dozen scenes are memorable for her empathy and striking wardrobe. The queen is occupied with her sister’s unhappiness and the sad resignation of Prime Minister Harold Wilson (Jason Watkins) as a result of his Alzheimer’s Disease. Elizabeth wears a blue floral dress for her sister’s disastrous birthday party — in which most of the royal family heaps scorn on Margaret for her broken marriage — and in a brown and beige floral suit for her meeting with Wilson.

Roberts was surprised by Elizabeth’s bizarre look for some of her real-life public appearances. “I could see how sensationally bold the queen was in her choice of colors and hats,” she said. “When we did the investiture [of Prince Charles as the Prince of Wales], there was that medieval hat. And that sugary pink [outfit] she wore at the Silver Jubilee in the [1977] finale.”

Colman’s most memorable outfit was the green suit Roberts chose for her during the stirring payoff with Margaret in the aftermath of her suicide attempt, or the titular “Cri de Coeur.” “Green is gentle and soft — a sympathetic color,” she said. “Not too buttoned up but controlled and motherly. There are key moments in the whole series where you need to be accurate and naturalistic. You’ve got to be forensically uniformed. And then you can do a more emotional route [for the rest], a kind of stylized chic. It took me a while to understand that.” 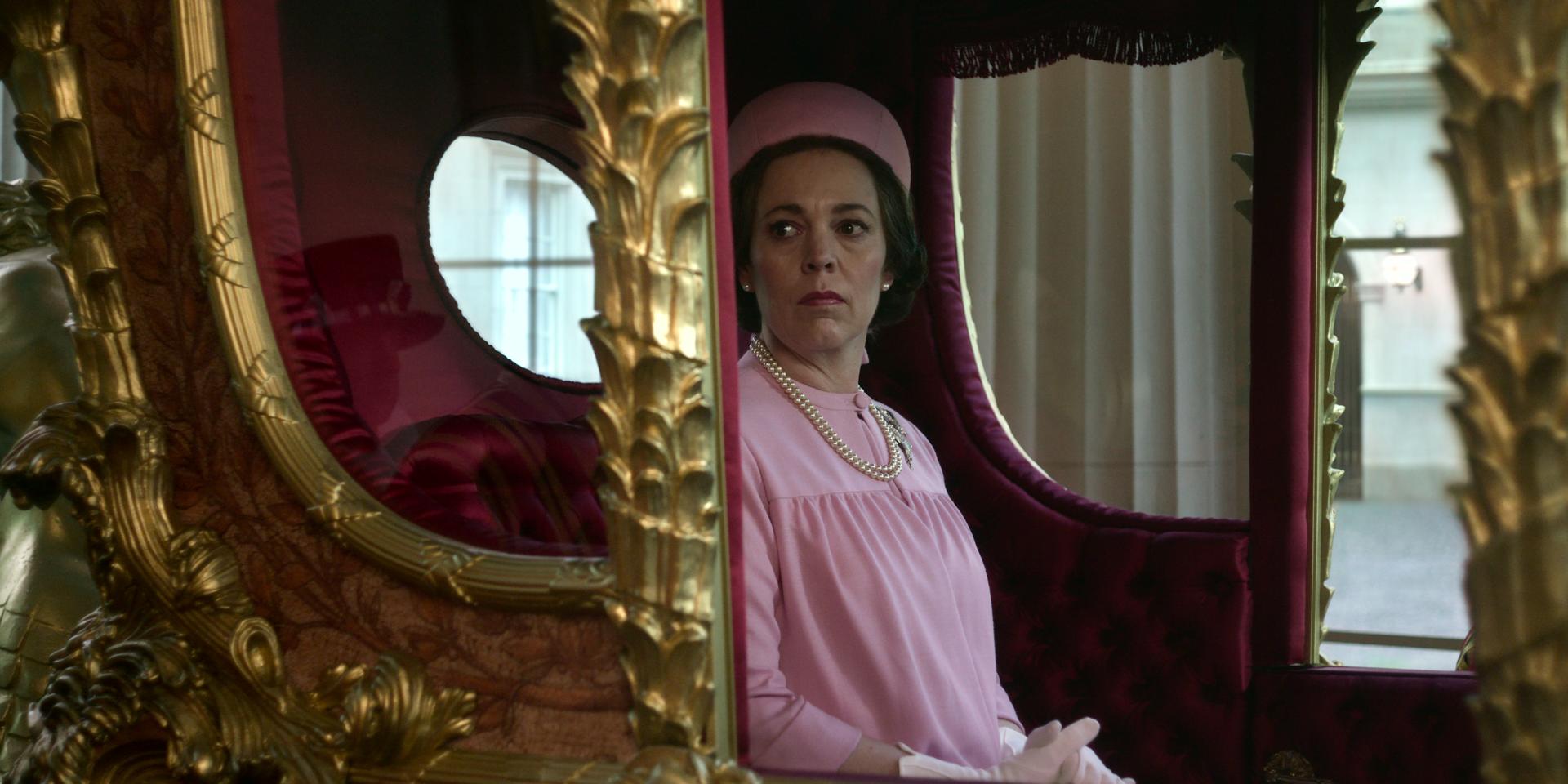 During the scene, Elizabeth tells Margaret how much she means to her while expressing her self-doubt as queen, and Margaret cheers her on, in return, saying how much the country needs her to “paper over the cracks.” And then it suddenly shifts to the Silver Jubilee, where we witness Elizabeth’s more stoic, public persona.

“It’s very powerful and how utterly alone she is in that final shot,” Roberts said. “She’s cracking on with it, going off in the golden carriage. But dressed up in that mad [pink] outfit. And yet, inside, it’s tragic, isn’t it? It’s all show. A big box of sweets but all hollow inside. It’s a program that humanizes people…moving all the time and being polished and made better, and you really rise to that.”