Netflix’s The Crown has been a huge hit with users of the streaming platform since it launched in 2016. The series explores the Royal Family, covering real and fictional plots and showcasing some of the most scandalous events within Buckingham Palace. But the palace didn’t allow the show to use its real location to shoot, which production designer Martin Childs told Express.co.uk and other publications he was glad about.

Speaking about filming the hit series, Martin said: “I did a little exercise recently to work out how many locations we’ve used to play the parts of Buckingham Palace, and it was 50, including the five places that we built at Elstree.

“So part of the exercise really is looking at all those rooms in all of those houses, connecting them to look like one house.

He said he did an “undercover tour” of the palace ahead of series one to get a feel for how things should look. 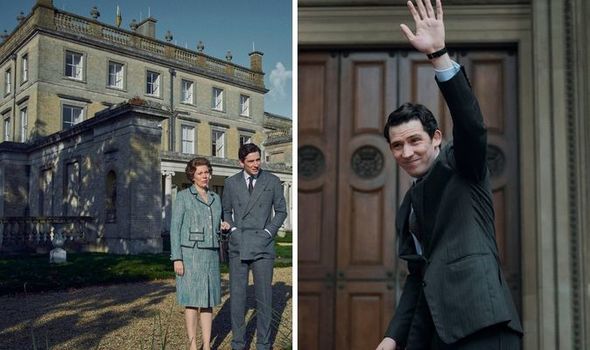 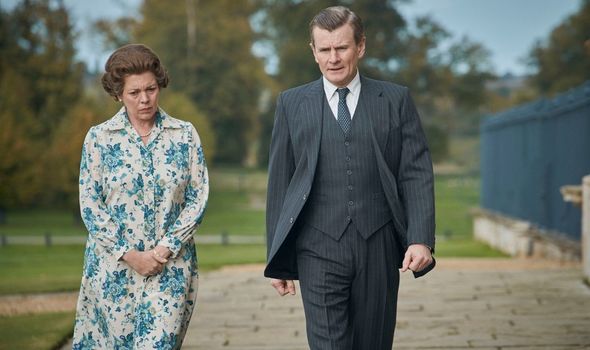 “And I went through all of these rooms, and I thought how on earth we were going to distinguish one from another?” he added.

“So in the sense that using many houses, although they have a sort of constant thread of continuity, was helpful to me, because all of those rooms could then look different.

“But if you walk through Buckingham Palace, there’s no noticeable distinction between all the roles.

“And so in the end, I thought, ‘I’m really pleased they’re not giving us permission to shoot’, because we’re going to have difficulty making this look great. 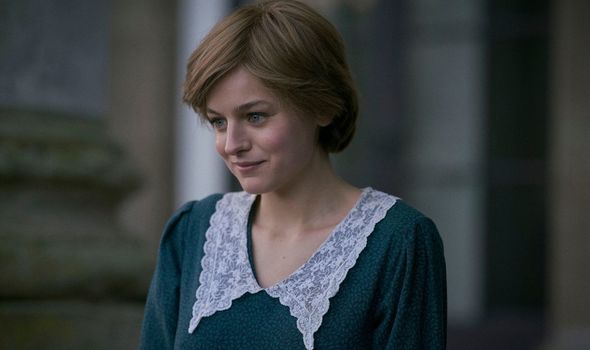 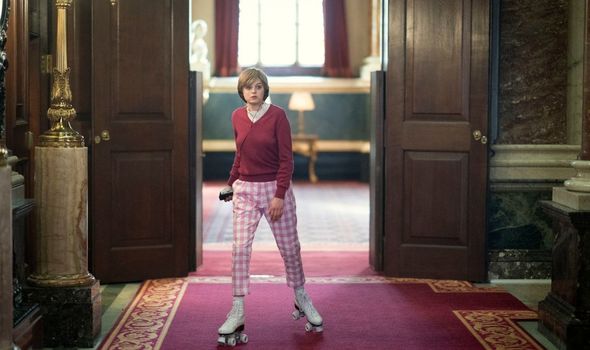 “So we then finished up the biggest houses with the biggest rooms and created a thread between them.”

Talking about detailing how he brought the unique nature of the palace alive, he explained that the upstairs apartments were built in an enfilade, meaning there were four rooms in a row connected by doors rather than by a corridor.

He said: “As soon as I knew that, about the private apartments and the Queen’s bedroom, and dressing room and Philip’s bedroom, then I had a kind of like an architectural metaphor for an extraordinary marriage because it meant they can close doors on one another, the distance between them is physical.

“So that’s been a continuous thing throughout the series.”

Following Prince Philip’s death, Netflix has been told to apologise for a “shockingly malicious” scene in The Crown involving the Duke.

Since the Duke of Edinburgh’s death last week, the storyline has been criticised after it was reported to have upset Prince Philip. The season two episode shows flashbacks to the death of Prince Philip’s sister who died in a plane crash at 26, and royal experts said the portrayal of the incident upset the Duke at the time.

He was 16 years old at the time of the tragedy, and the incident portrayed in the series indicated that he had been blamed for the death.

Royal biographer Sally Bedell Smith said: “[Philip] had nothing to do with his sister’s death. Cecilie did die in an air crash but that’s the only thing that was true.

“Everything else was invented in a shockingly malicious way.”

Sally told the Daily Mail: “‘The whole thing about Cecilie, which he did learn about, was terribly upsetting to him.

“[Netflix] should emphatically apologise and I think a disclaimer is necessary more than ever.

“Now that he is gone, what they have done to his reputation is in even sharper relief.”

It was announced that the Duke of Edinburgh died peacefully at Windsor Castle last Friday, April 9, at the age of 99.

The Crown series one to four is available to watch on Netflix.