THE Crown star Emma Corrin has broken free of the poise and decorum required to play Princess Diana, donning a sexy new dress.

The actress looked completely different from her portrayal of the late princess as she attended a birthday party, opting for a sheer black number. 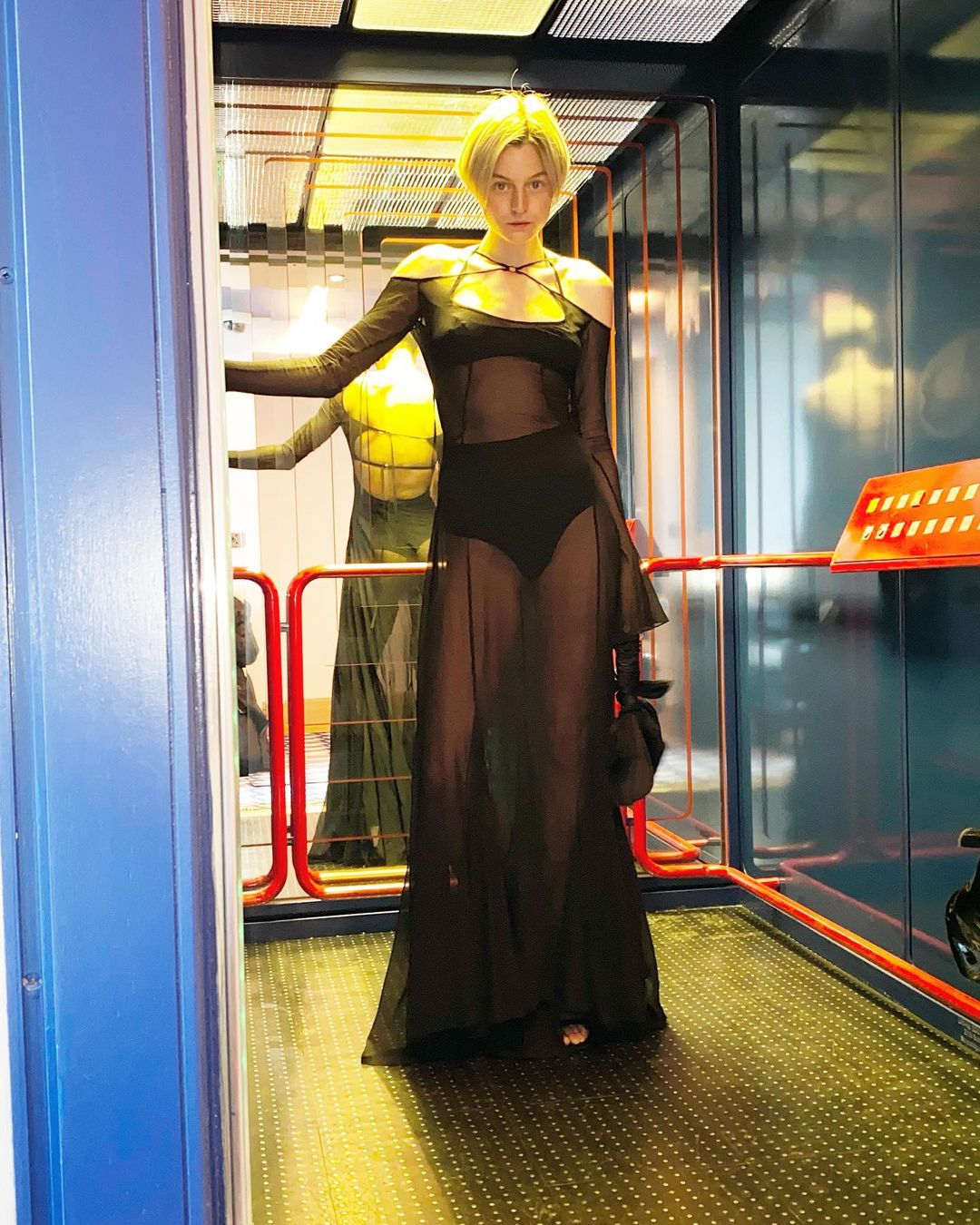 Emma, 25, oozed sex appeal as she showcased her trim figure in the see-through black dress, striking a number of poses for her Instagram fans.

Attending a birthday party for stylist friend Harris Reed on Thursday night, the actress fit right in with the cut-out dress by Charlotte Knowles London.

Emma wore just a pair of high-waisted thong knickers under the dress to show off her assets, and paired the look with a black satin bag.

Originally intended for the red carpet, the number had been left hanging up in the wardrobe after the coronavirus pandemic scuppered plans. 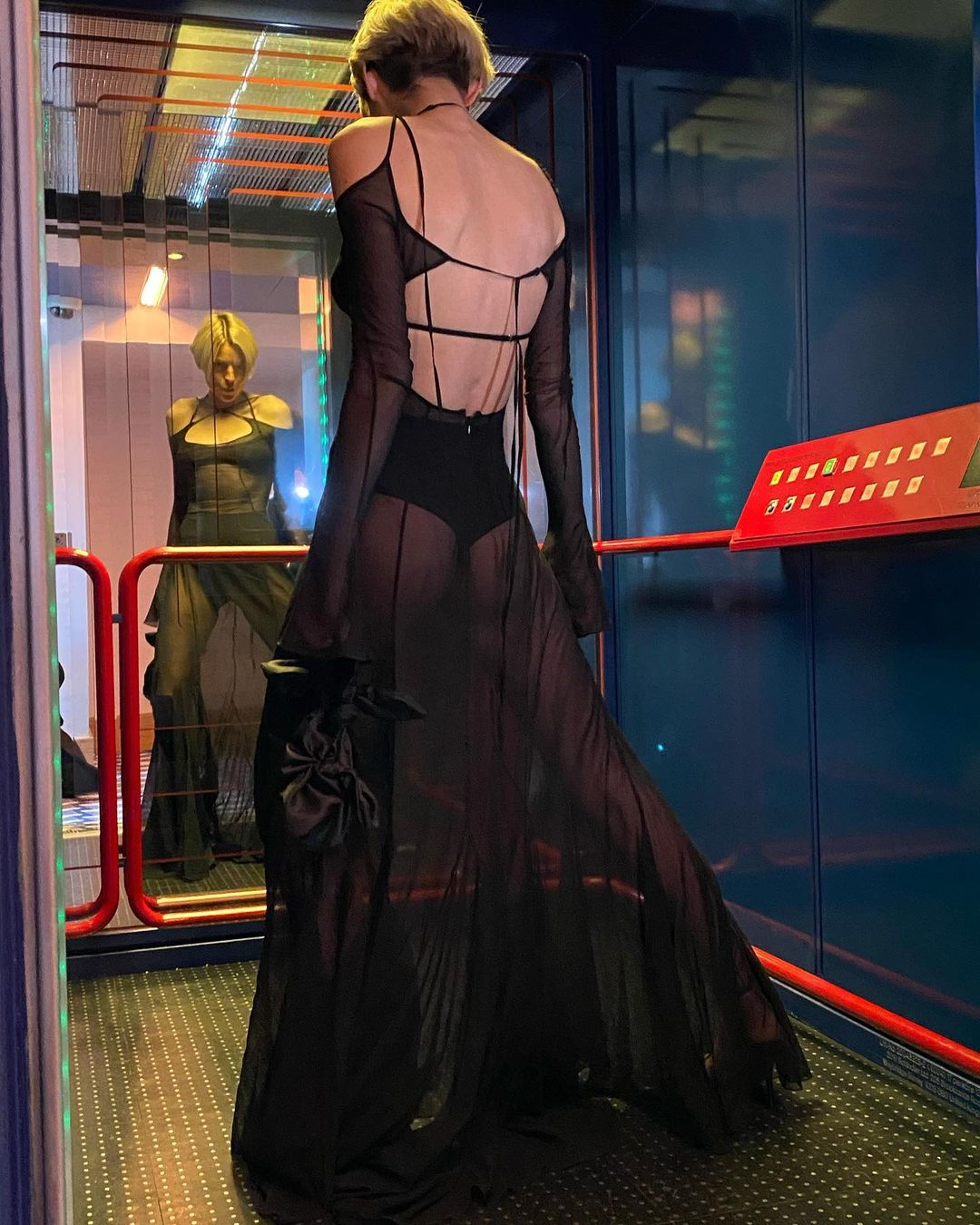 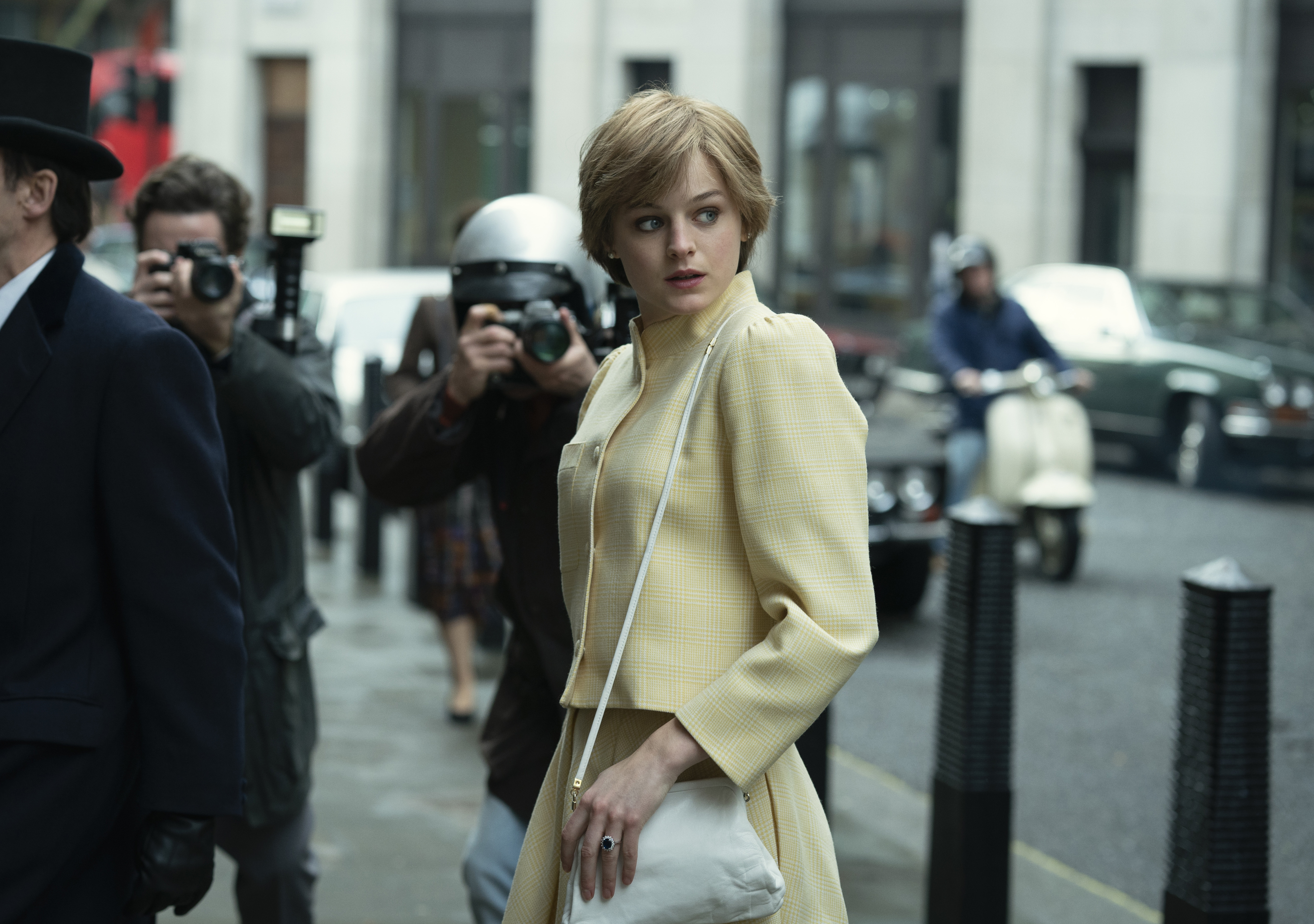 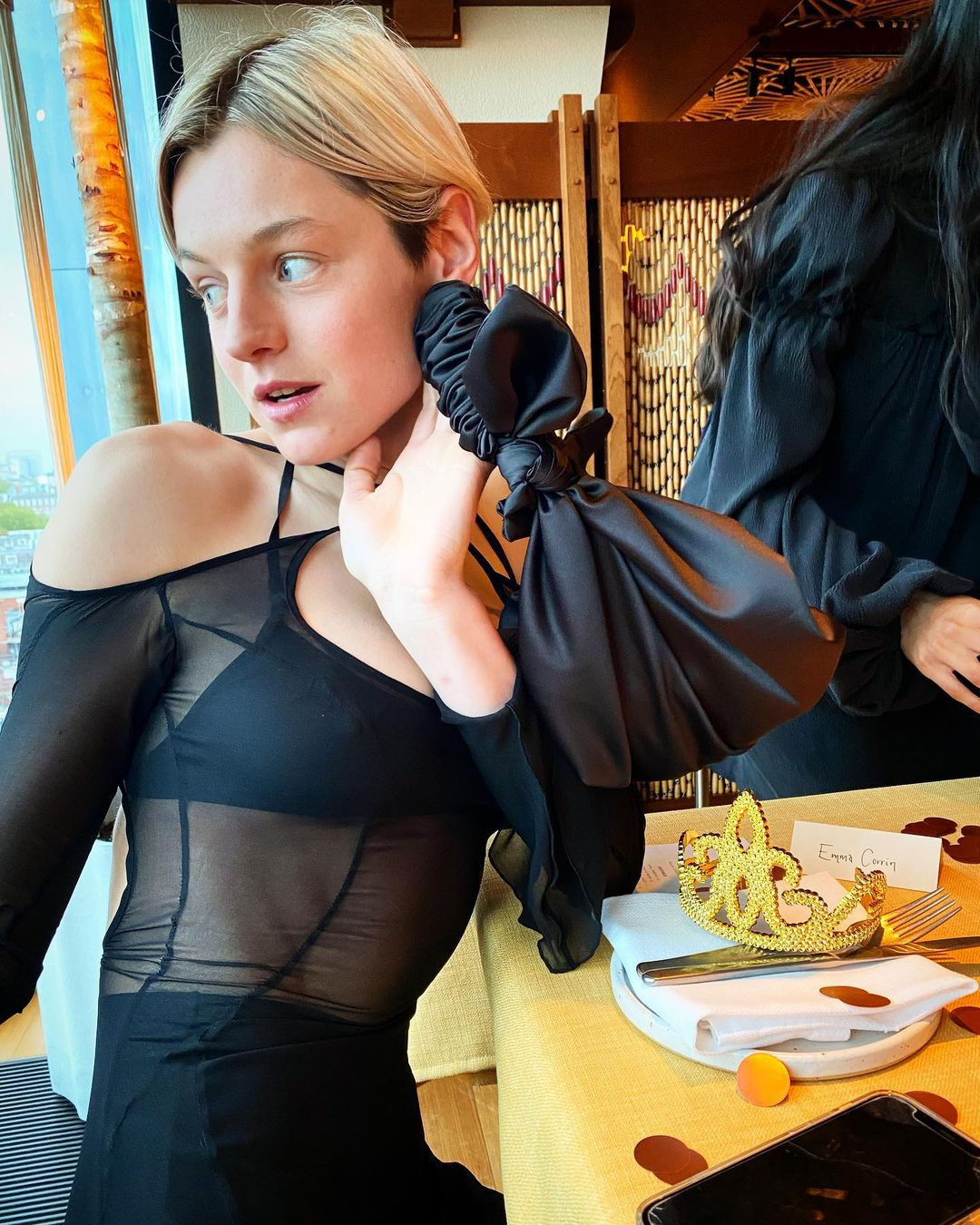 Sharing a number of snaps of the star, pal Harry Lambert wrote: "Another red carpet look lost to covid making its debut."

Emma spun round to give followers a look at her new cropped blonde hairstyle, staring intently into the mirror of a lift compartment.

Another picture saw her fix a sassy gaze directly at the camera as she climbed the stairs, while friends rushed in to hold the dress up behind her.

While a final snap saw the My Policeman star sitting on the toilet in a black-and-white tiled bathroom, looking sullen. 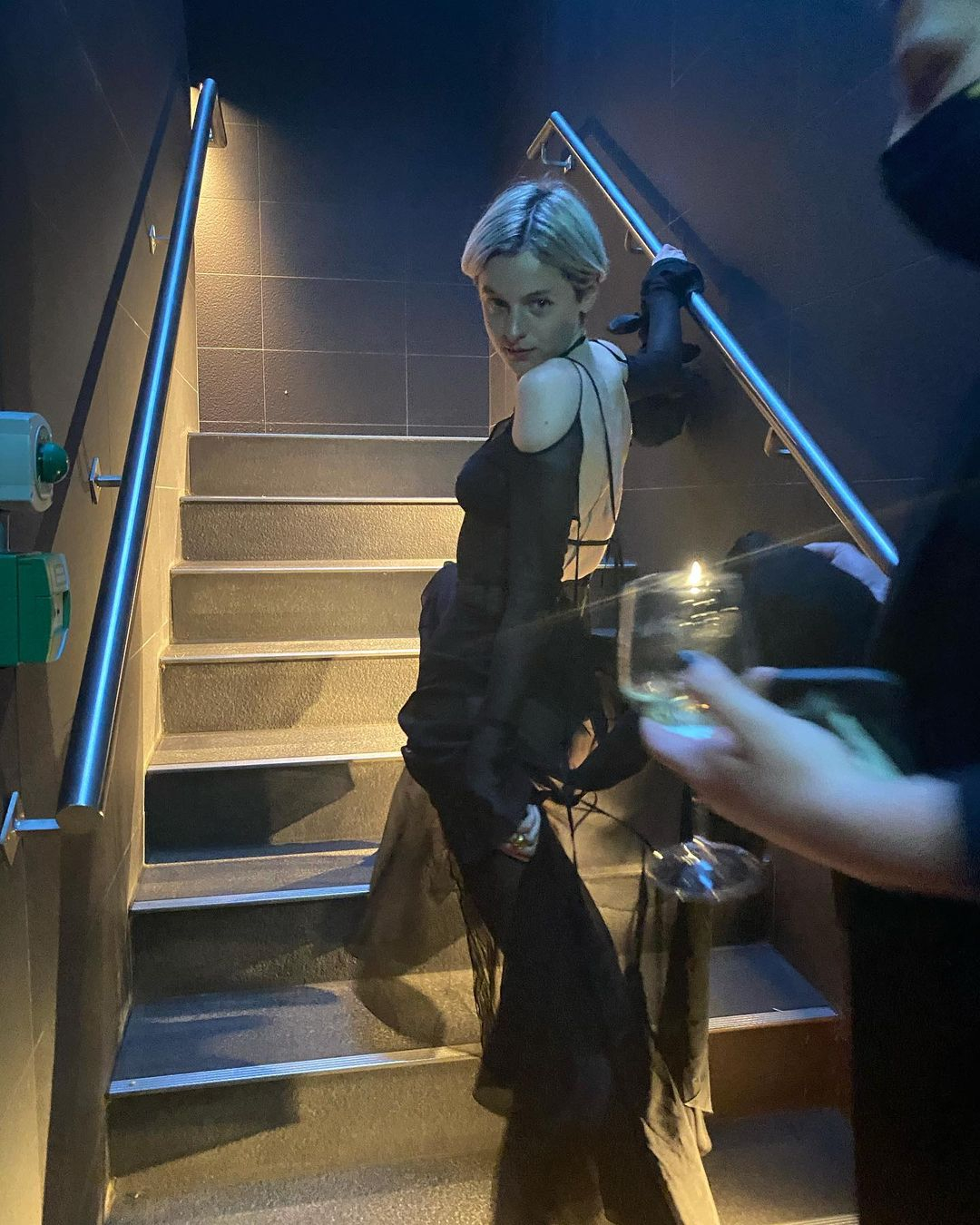 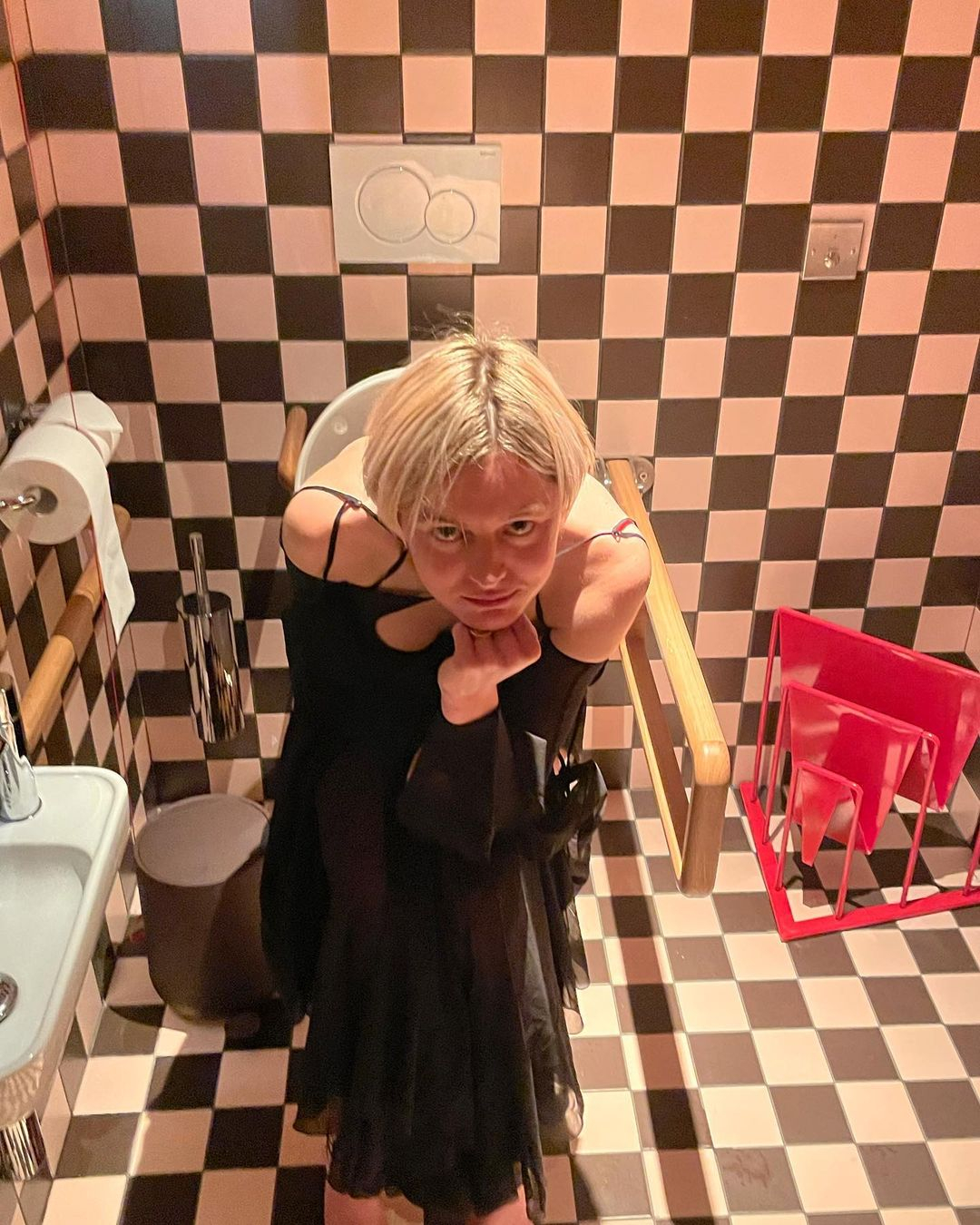 Emma recently returned to her short blonde Princess Diana style locks after several months of being a brunette.

The star has opted for a cropped style, cut and tapered around her ears and leaving some of her brown roots stylishly on show.

The transformation came weeks after she finished filming her latest role in My Policeman alongside former One Direction star Harry Styles. 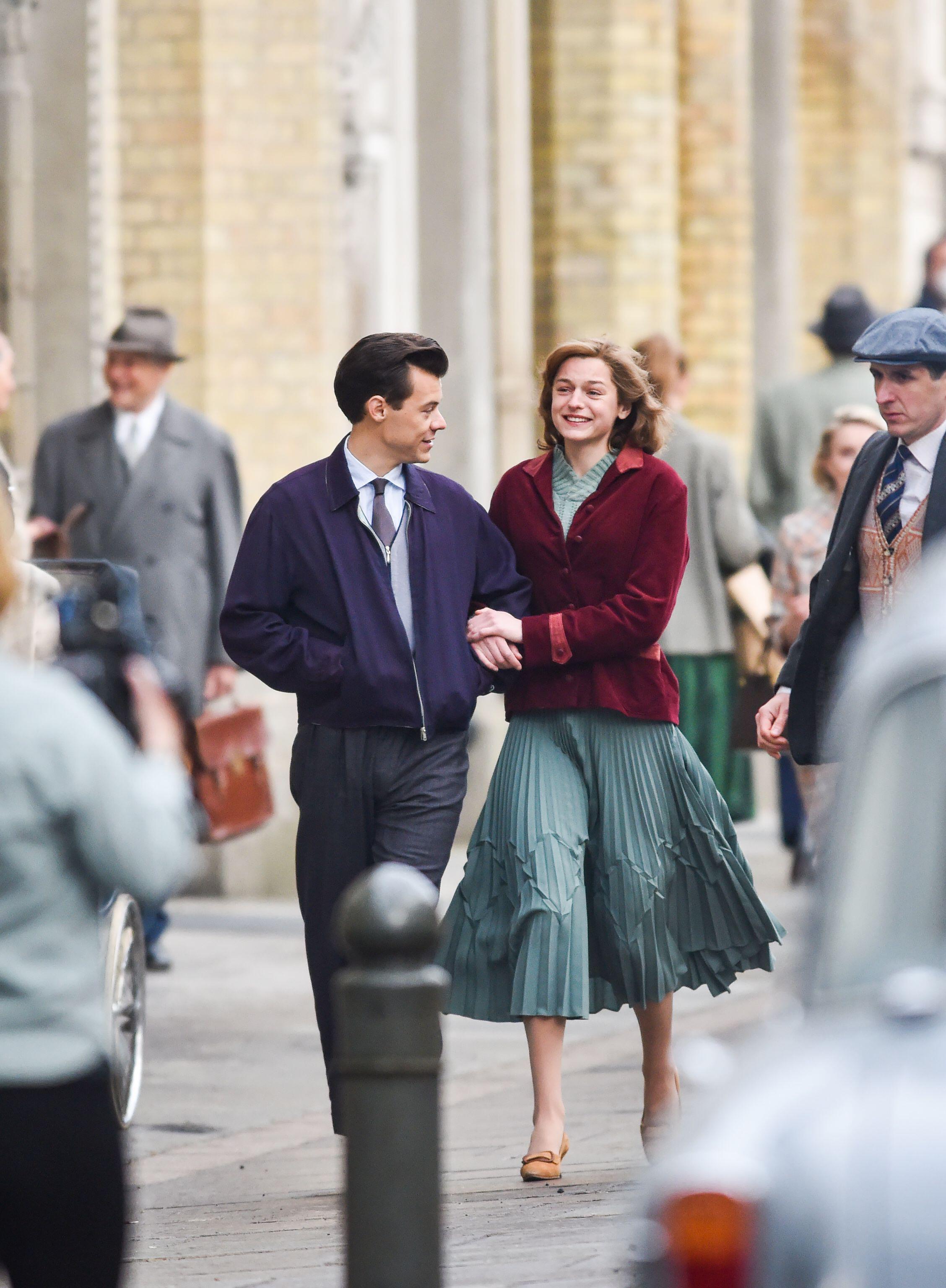 The singer is the lead role in the film, which is based on Bethan Roberts'novel, that is set in the 1950s and tells the story of gay police officer Tom.

Production of the film, which is based in Brighton, kicked off last month – and there is currently no set release date.