First a little warning. I had the good fortune to see The Good Nurse knowing absolutely nothing about it except it was a Netflix movie starring Jessica Chastain and Eddie Redmayne. I had no idea which one was even ‘the good nurse’ of the title, and I was not familiar with the book it is based on, or even the fact it is actually a true story. For all I knew it was like a female version of Freddie Highmore in The Good Doctor. Netflix set up a screening for me at a local screening room. I sat by myself for two hours stunned by what I was seeing slowly take place, a turn of events I did not see coming as I realized I had the same experience in some ways as a viewer as Chastain’s character, Amy Loughren had in real life.

I have been wrestling as a critic (actually I hate that word, I prefer reviewer) about to how to approach a review of this film and somehow leave the reader with no information about it other than I had going in, an ideal way to see a movie if you ask me. Finally a lightbulb went off in my head and I figured it out . It is impossible to write any sane review of The Good Nurse and not reveal what it is about, based on, and even which genre it belongs to. And so I am going to do that, but if you want to have the hell of an experience seeing this film with the same mindset I had then don’t watch the trailer, stay away from any discussion on it or even headlines about it, and most importantly DO NOT continue reading this review. This is my SPOILER ALERT. Proceed with caution.

And now, The Good Nurse.

Based on an extensively researched book by Charles Graeber, The Good Nurse  is a true life crime story about a notorious but unusual serial killer named Charlie Cullen who managed to go from hospital to hospital landing jobs as a nurse without ever being found out. Finally at one of them hospital administrators called in the cops as a number of patients were mysteriously dying suddenly and unexpectedly. It was a pattern that unlocked the mystery of what was happening, and actually what had happened at numerous other hospitals, all with one employee in common.

Adapting this book , which pointed heavily in the direction of mostly being about the evil deeds of Charlie who put lethal doses in the IV’s of unknowing patients in order to carry out his sadistic deeds, Oscar nominated writer Kristy Wilson-Cairns (1917)  changed the focus to that of Amy Loughren (Chastain) , an overworked but dedicated nurse and mother of two who gets a diagnosis of a potentially fatal and rare heart condition but keeps it quiet in order to keep her job and care for her two girls. That fact was unknown to Graeber when he wrote his book, and although Loughren  was a key part  of it toward the end of his story in how she was instrumental in finally ending Cullen’s killing spree, it becomes more important here in the film version as the emphasis is on a word who defines her, “humanity”. She truly is g good nurse, and for much of it a very good friend to Charlie who comes to work at the hospital and gives her the kind of relief she desperately needed working nights  in order to be with her kids during the day. They become close, he is a godsend even babysitting her daughters, cooking for her, and other things friends do for each other. 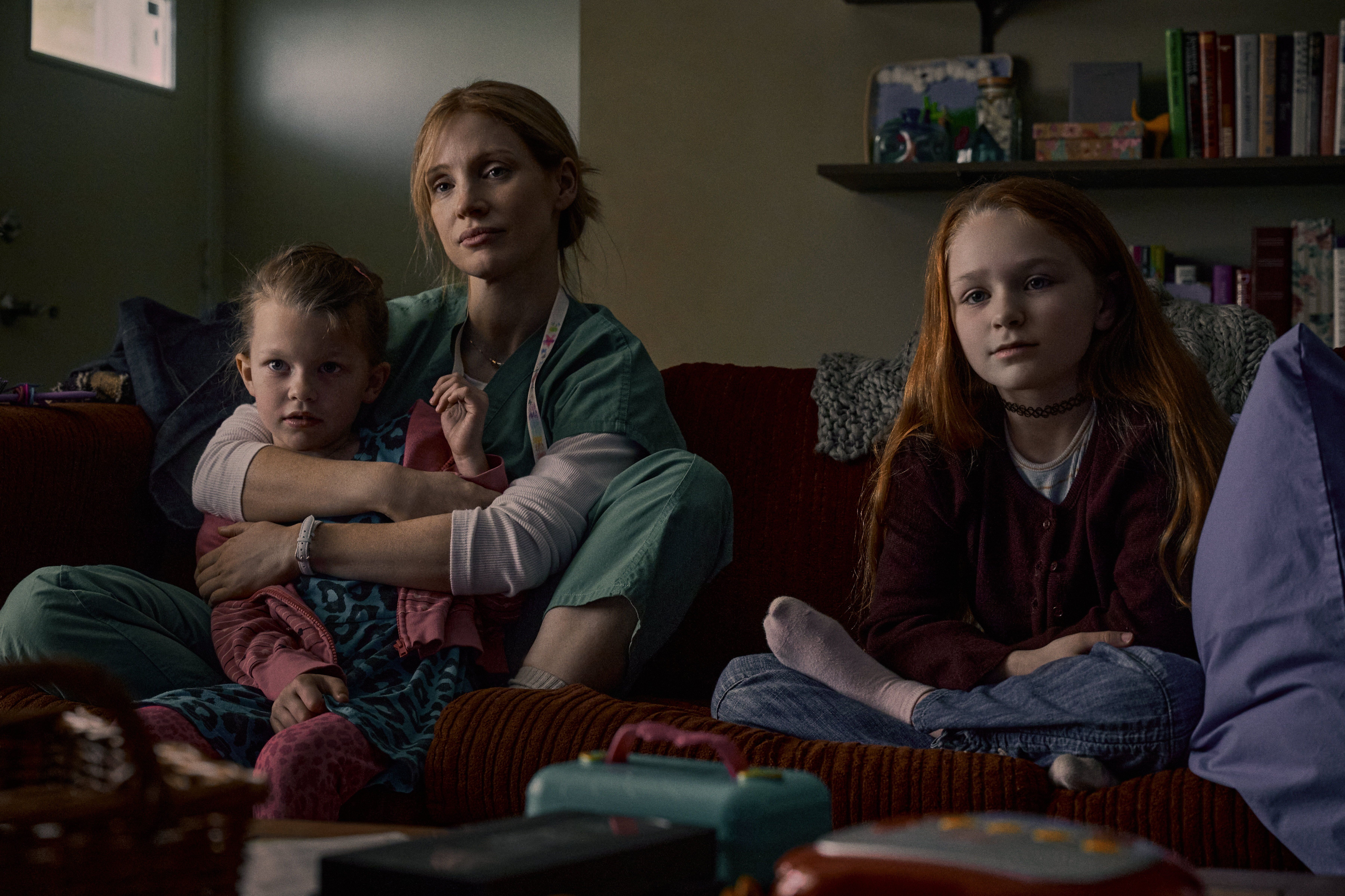 So it becomes a shock when after a series of strange and unexplained deaths, the fingers of suspicion she is told point to Charlie. She does not, and will not believe it but soon she can’t avoid the truth once a pair of cops are called in (Nnamdi Asomugha and Noah Emmerich)  and in dealing with hospital administrators who are basically more interested in saving their reputations and that of the institution than in doing the right thing, they turn to Amy who finally reluctantly agrees to put on a wire and try to trap Charlie into a confession.

This would be a frightening situation for anyone but Amy is pretty extraordinary  as she instead uses kindness and a human approach towards Charlie, a contradiction of many who might resort to violence to fight violence. It becomes her story, a woman and mother who may be dying herself, bringing every fiber of her being to do the right thing, but to do it her way, certainly an approach the cops and the hospital administrators, this one but all the others, have failed in doing.

Tobias Lindholm, a Danish director of films like A Hijacking and A War makes a sensational English language film debut here carefully guiding the story which has,as I have since discovered been featured on 60 Minutes and a documentary ( the latter to debut on Netflix two weeks after the film opens), in a more subtle style of a thriller where we uncover the horrible truth just as Amy begins to. It is enormously effective, as is Wilson-Cairn’s meticulous script, and Adam Nielsen’s precise editing along with the muted cinematography of Jody Lee Lipes.

Chastain, coming off an Oscar win playing another true life role as Tammy Faye Baker, captures the compassion and warm heartedness of Loughren, along with the building conviction that it will be somehow up to her to finally end this, an ordinary person called on to do something she never could have imagined. She is terrific in the role, and Redmayne playing the kind of dark character we have never seen him do before, is simply astonishing bringing an eerie vocal tone and specific physicality to the role that will give you chills. It is a slow burning portrayal , but a complex one because Cullen never gives a clue as to why he has turned into this unassuming murderer, not the normal kind of serial killer we often see in movies and real life. As presented here there is great build to the character as he really is supporting to Loughren for the first half of the film, but the turning point is indeed spine tingling. 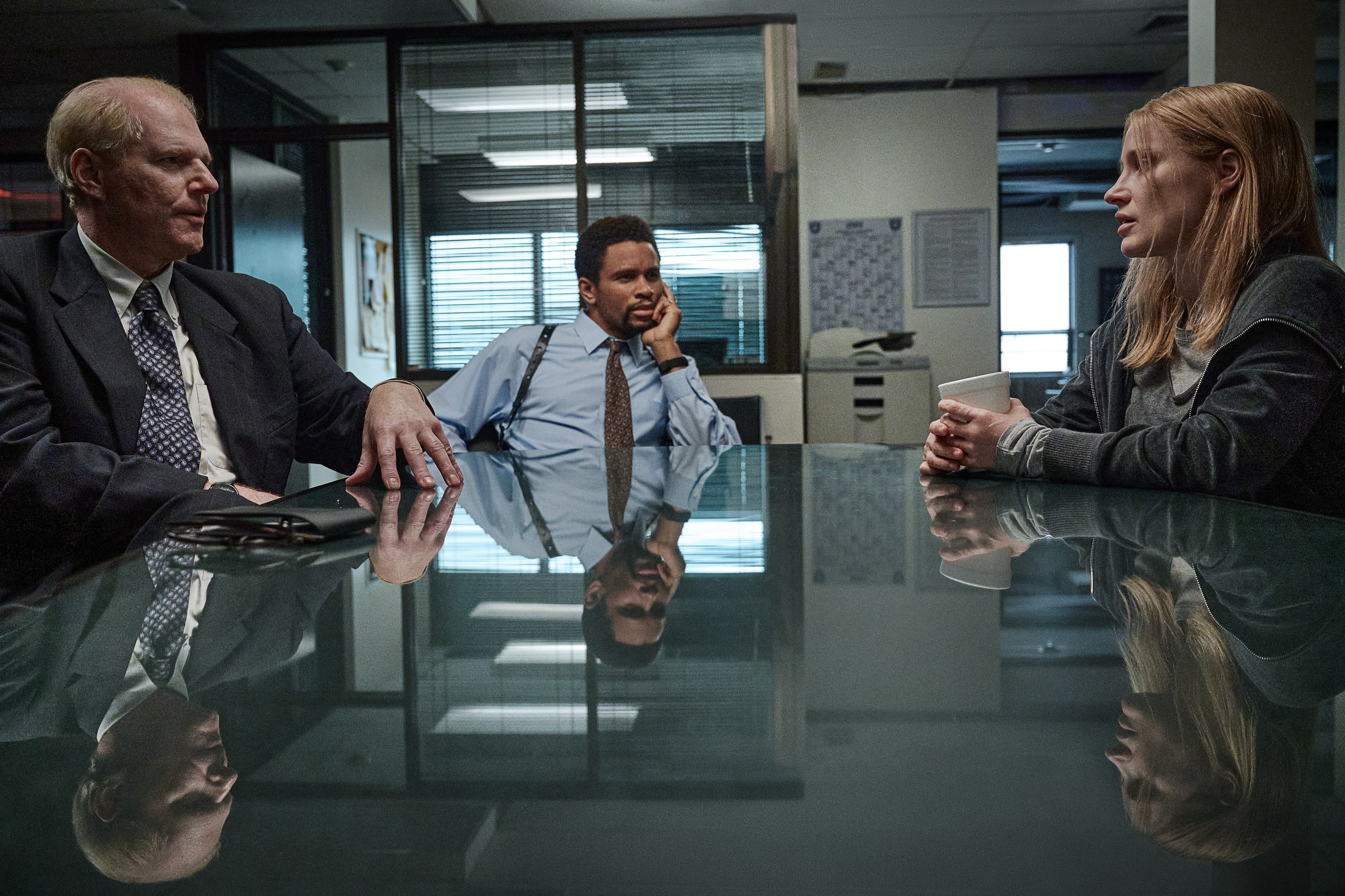 The rest of cast is excellent including Asomugha, Emmerich, and especially Kim Dickens who plays the kind of corporate mouthpiece for the hospital that gives me the same amount of creeps in her own way that Cullen does. In the real case she got a promotion. Go figure. The Good Nurse in that regard gets further gravitas in how it also portrays the failure of the system, in this case hospitals looking out for their own interest rather than the patients who count on them. In that way The Good Nurse has much in common with the Oscar winning Spotlight which took on the Catholic Church, or even  the excellent Paul Newman starring movie The Verdict from Sidney Lumet in 1982 that also focused on one person pulling themselves up against all odds for the greater good.

The Good Nurse turns out to be one of the best pictures of 2022 with two of the strongest performances you will see all year. Producers are Darren Aronofsky, Scott Franklin, and Michael A. Jackman.

Netflix will open it in theatres on October 19, and begin streaming it globally October 26.  It had its World Premiere Sunday night at the Toronto International Film Festival. 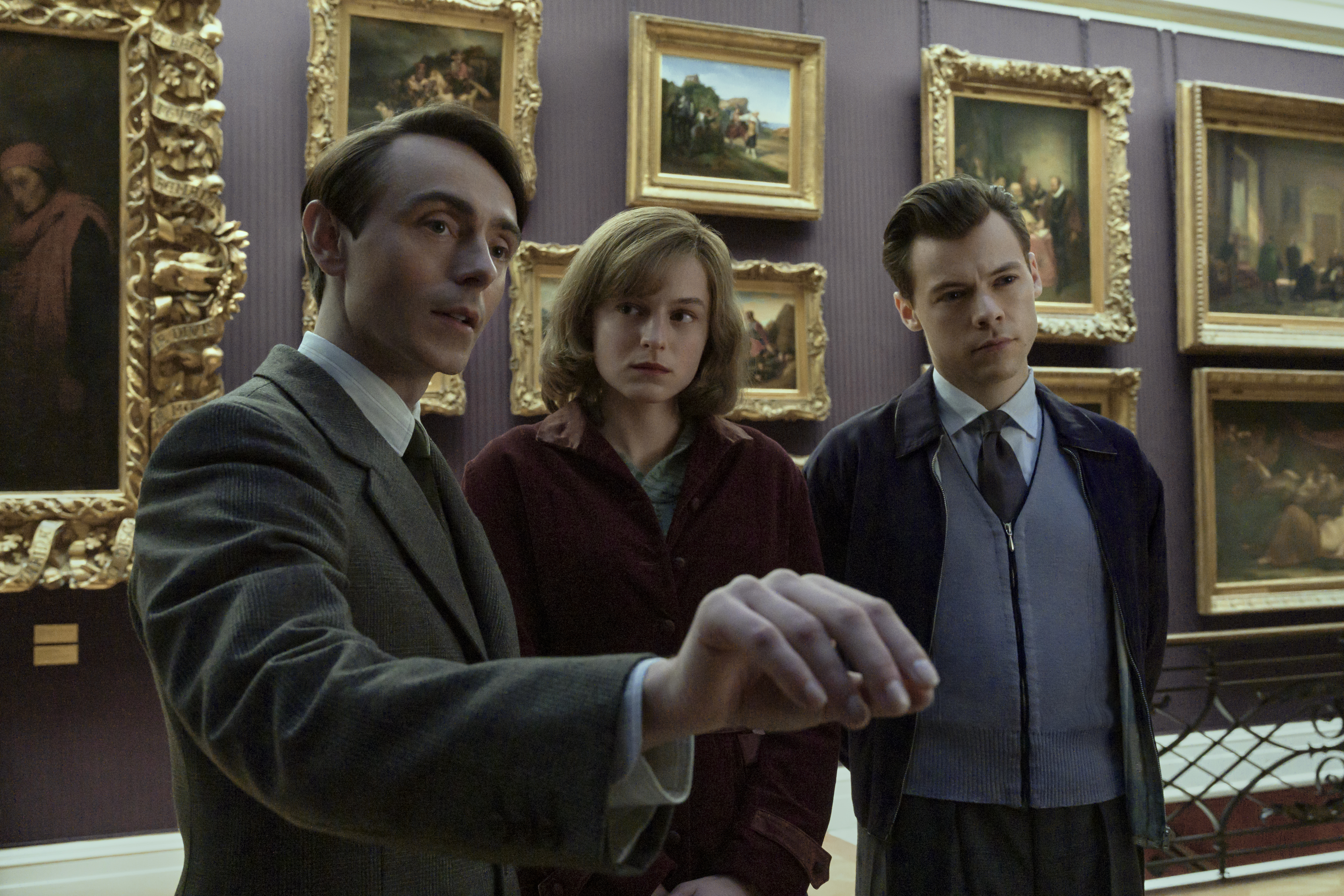 ‘All The Beauty And The Bloodshed’ Takes Golden Lion; Acting Nods For Blanchett & Farrell

‘Rings Of Power’ Aftershow ‘Inside The Ring’ Episode 3: Settling The Score; Welcome To Númenor