There are only so many stories to tell, especially in the picked-over underdog-sports genre. So it doesn’t feel egregious that the new Disney+ series The Mighty Ducks: Game Changers blatantly rips off the premise of Cobra Kai by making the heroes from the movies — a ragtag-turned-champion youth hockey team — into the bad guys. After all, the overarching plot of Cobra Kai — unhappy middle-aged man finds renewed purpose by teaching kids about the sport he loved in his youth — is more or less the same as the one that introduced Emilio Estevez’s Gordon Bombay in the first Mighty Ducks film.

Not only that, Cobra Kai is largely remixing the stories from the Karate Kid films where William Zabka first played Johnny Lawrence, and the first Karate Kid movie was heavily influenced (down to hiring the same director, John G. Avildsen) by the original Rocky. And of course, the Rocky series owes a narrative debt to a host of boxing movies going back at least to 1931’s The Champ. Everything old is new again, and imitation is the sincerest form of entertainment. All is well.

With Game Changers, though, it’s less interesting to recognize similarities to Cobra Kai than the series’ differences. Cobra Kai was, at least at the start, made primarily for Gen-Xers who grew up on the original adventures of Daniel LaRusso. Game Changers seems geared for an audience of actual kids, rather than kids-at-heart who remember being in the theater to watch Joshua Jackson’s Charlie Conway pull off the triple-deke maneuver against the Hawks.

Back in the 1993 film, Bombay created the Ducks more or less from scratch, even naming the team after his law firm boss Mr. Ducksworth, and turned them into a powerhouse so strong most of his players wound up on the Junior Goodwill Games roster in the second movie. As Game Changers begins, the Ducks are a longstanding juggernaut in Minnesota youth hockey. The team is now run by the smug and ruthless Coach T (Dylan Playfair from Letterkenny, sadly not given anything funny to do), whose standards are so exacting that hockey-crazy Evan (Brady Noon) gets cut from the team at their first practice of the season for failing to get back on defense quickly enough. Protective of her kid and offended that all the other parents now take youth sports so seriously, Evan’s mother Alex (Lauren Graham) decides to start a new team that’s all about fun, a safe space for all the unfairly rejected kids like Evan, called “The Don’t Bothers.” The name is a sarcastic reclamation of the sentiment too many kids have heard from men like Coach T. It’s also much less likely to become the name of an actual, Disney-owned NHL team.

Bombay, once again played by Estevez, figures into things here as the bitter owner of the only ice rink in town available to be the team’s home arena. We first see him in silhouette, dismounting a Zamboni, his voice sounding eerily like his dad Martin Sheen’s circa The West Wing. Bombay claims to hate hockey, doesn’t like running the rink much better(*), and takes his only joy from finishing half-eaten birthday cakes from the parties held there.

(*) Game Changers initially would prefer that you forget Gordon was at one point in his life a very successful attorney who could potentially go back to that profession given how miserable he is at the rink.

It’s not a spoiler to say that Alex’s grand experiment gradually starts to draw Gordon out of his shell and rekindle his love of the game. If the show’s creators — including original Mighty Ducks screenwriter Steve Brill and sitcom vets Josh Goldsmith and Cathy Yuspa — weren’t going to take him on that hero’s journey, then “Don’t Bother” would also make a fitting title for this entire project. But the show’s early episodes are only casually interested in Gordon, and only slightly more so in Alex, who is driving most of the plot. Instead, the focus is on Evan and the kids he recruits for the team, including hockey podcaster Nick (Maxwell Simkins), school daredevil Sam (De’Jon Watts), cosplay nerd Lauren (Bella Higginbotham), popular girl Maya (Taegan Burns), new kid in town Logan (Kiefer O’Reilly), and video-game addict Koob (Luke Islam). 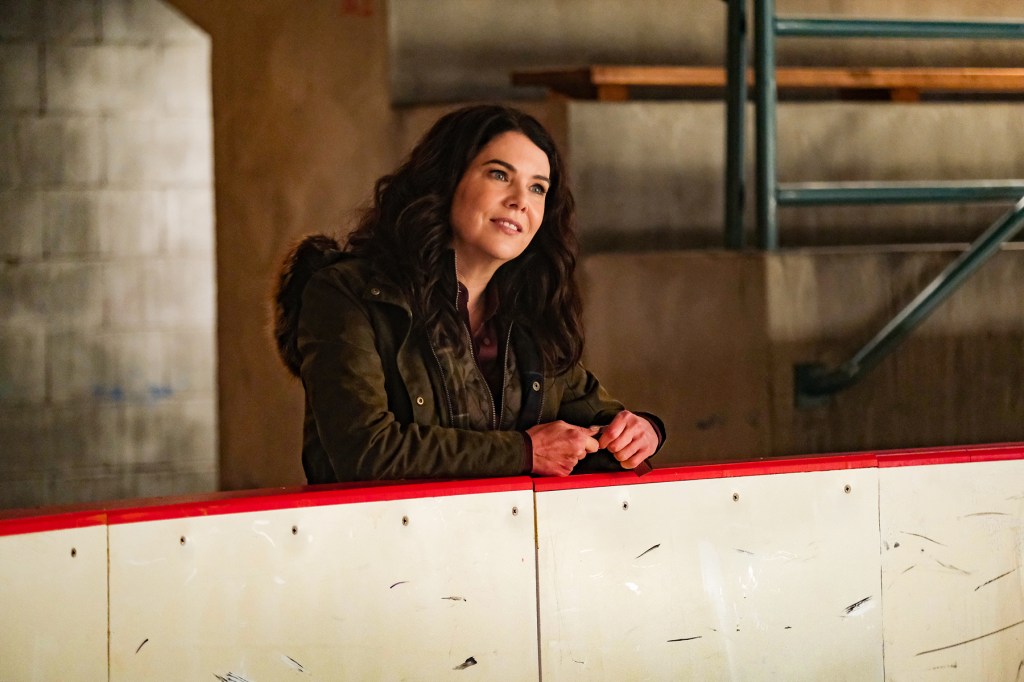 Lauren Graham as Alex in ‘The Mighty Ducks: Game Changers’

Some of this is necessity. Estevez is playing a familiar character from the franchise, and Graham is cast as the kind of overly chatty single mom she could play in her sleep after 13 combined seasons of Gilmore Girls and Parenthood. They don’t need a lot of material, while the kids are mostly newcomers. (Noon was one of the leads in Good Boys, and had a small role on Boardwalk Empire as Tommy Darmody — not that this show’s target audience would know or care about the latter.) Still, it feels like a marked departure from both the original film, which was mainly Gordon’s emotional journey, and from Cobra Kai, which started out caring mostly about old man Johnny before gradually turning its gaze on the new generation of karate students. At one point, Gordon warns Alex that she has to hang back and let Evan fight his own battles, and it’s not hard to see that as a mission statement for the youth-focused Game Changers.

It does raise the question of exactly who the new show is for, though. Millennials drawn in by fond memories of Charlie and the other players skating in a Flying V formation will find a show pitched more to today’s kids, with mixed success. As is standard with these kinds of stories, all the players have glaring weaknesses but also great untapped potential. Evan figures out, for instance, that Koob has developed uncanny goaltending reflexes from all his hours of gaming, but he’s not playing on a Wii or any other platform that would give him the required muscle memory for the gag to work. And besides Evan, Nick, and Evan’s best friend Sofi (Swayam Bhatia), who’s a star on the Ducks, the kids are given at most one defining trait. (With Logan, it’s his perfect hair!) So even the series’ extremely gentle brand of humor doesn’t have a lot to work with.

But Graham is charming as always even with thin material, and it’s not hard to see that Game Changers is just slow-playing Gordon’s emergence, in the same way that Cobra Kai treated Daniel LaRusso as a minor character when it began. These early episodes are pleasant if a bit dull. Yet there’s a moment where the Don’t Bothers wind up using a vintage Ducks-style trick play where I couldn’t resist leaning forward in my seat and smiling. The old clichés still work, even if just briefly, and the tension between having fun and trying to win — in one game, Evan points out that getting destroyed by your opponent is not fun — provides enough thematic complication at the start.

“Tell me we have a chance,” Evan asks Gordon. “Just tell me the underdogs are going to come through in the end.” Anyone want to bet against that?