The Society on Netflix ending explained: What happened at the end?

The Society on Netflix was only released on Friday (May 10), but many viewers have already made it to the ending of the series. The Society ending explained partly what happened to the teenagers and also saw them only just avoid a violent coup. Netflix viewers who have not made it to the end of The Society look away now – there are spoilers ahead…

What happened at the end of The Society?

WARNING: The following contains spoilers for The Society

At the end of The Society, Netflix viewers got a shock return to the town the group of teenagers were somehow disappeared from at the start of the series.

The final moments of The Society were set at a reading, where everyone was wearing yellow ribbons and were gathered around a plaque with all the teens’ names on them and the words “We Remember Them”.

This seems to confirm the theory that the teens have found themselves in a parallel universe, meaning there must be a way they can return home.

HOW MANY EPISODES ARE IN THE SOCIETY ON NETFLIX? 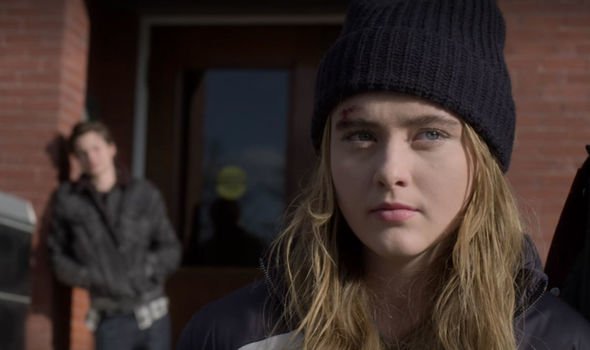 However, the episode gives no clues as to how they can return and where they actually are.

In the universe occupied by the teens, the end of The Society sees Allie Pressman (played by Kathryn Newton) deposed from the position of mayor thanks to a coup by the so-called “guard”, led by psychopath Campbell Eliot (Toby Wallace).

Thinking they will be unable to win the upcoming election between Allie, Lexie (Grace Victoria Cox) and their candidate Harry Bingham (Alex Fitzalan), they arrest the former and her assistant Will LeClair (Jacques Colimon) from trumped-up charges of fixing the election.

To do this, they make a deal that sees Lexie and Harry become co-mayors, putting off the election for now.

WHO IS IN THE CAST OF THE SOCIETY? 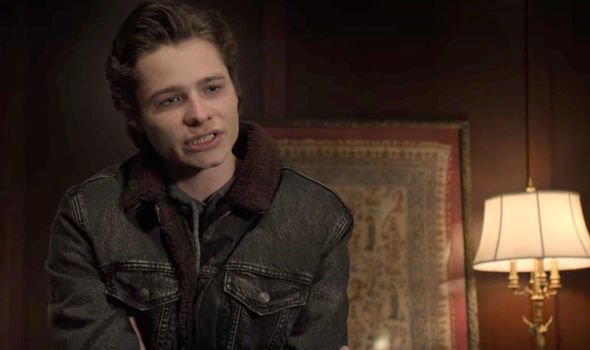 The guard parade Allie and Will in front of the crowd, which is about to turn violent before Grizz (Jack Mulhern) returns from his expedition to find farmland.

This expedition was important personally for Grizz, who came out as gay to a second person, as well as the group more generally when he and the rest of the explorers find fertile land with turkeys and fish.

Grizz’s intervention stops the violence for now but the end of The Society on Netflix does not reveal what the guard will do with Allie and Will.

However, it suggests Campbell might meet a sticky end if there is another series of The Society.

Earlier in the series, Elle (Olivia DeJonge) managed to escape from her evil boyfriend Campbell after she tried to poison him. 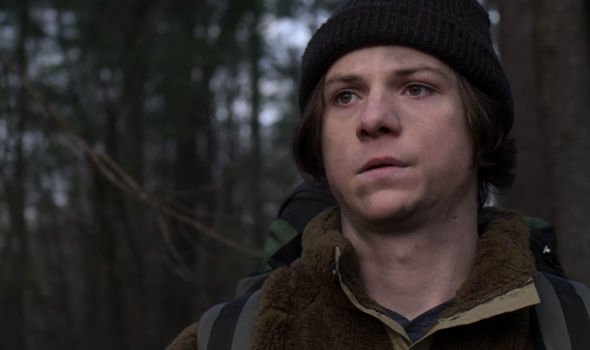 However, he tracks her down in Allie’s house and forces her back to his house.

At the end of The Society, she appears to be loyal to Campbell again but this is likely a smoke screen which will see her try and take him down in the future.

Elsewhere in the episode, Becca Gelb (Gideon Adlon) has her baby, with Sam Eliot (Sean Berdy) pretending to be the father despite actually dating Grizz.

Fans of The Society, however, will have to wait for news about season two to find out what will happen to Becca’s baby, Allie, Campbell and the rest of the teen cast of the Netflix series.

The Society is streaming on Netflix now