Fans think Maggie Rhee (played by Lauren Cohan) could be ready for romance again after the latest episode of The Walking Dead aired on AMC last Sunday. As the post-apocalyptic epic returns, some intriguing clues from the original comic books, and the franchise’s account on Twitter, may have already given the game away.

Returning survivor Maggie Rhee and her new companion Cole (James Devoti) could be in the early stages of romance, according to some TWD fans.

During the new entry, Maggie comes back to Alexandria flanked by her two lieutenants, Cole and the masked man Elijah (Okea Eme-Akwari).

They are currently being pursued by a frightening new enemy known as the Reapers, but there is still a lot of work to be done to rebuild their community following the Whisperer War. 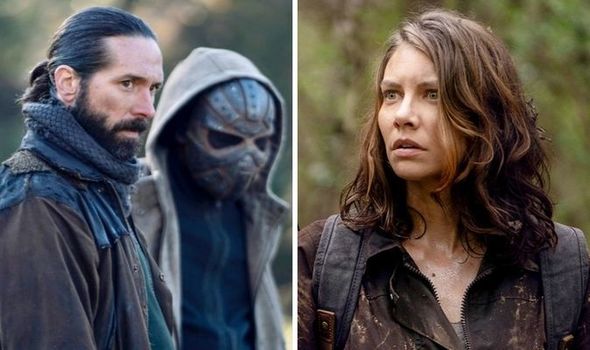 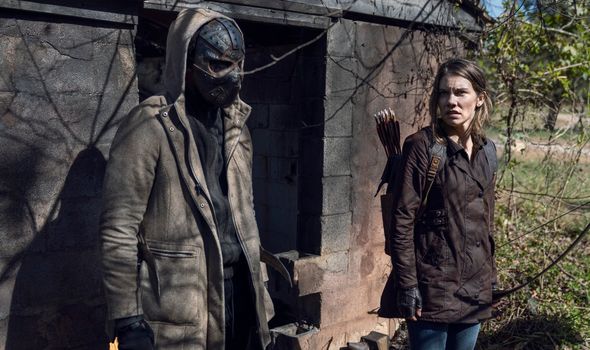 Upon his introduction in the first episode of The Walking Dead for almost five months, viewers and comic book aficionados immediately clocked Cole as a potential love interest for Maggie.

On Twitter one fan wrote: “I’m sticking with my theory. Cole will end up being comic Dante.”

In AMC’s television adaptation, Dante was actually revealed as a Whisperer spy to send intel back to Alpha (Samantha Morton) about the Alexandria Safe-Zone. 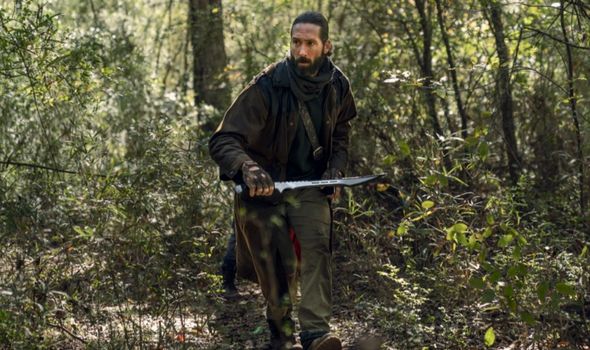 This version of Dante was killed by Father Gabriel (Seth Gilliam) before he had the chance to redeem himself and follow his comic book counterpart’s storyline.

However, a number of fans are convinced Cole will eventually take his place in the coming episodes.

In fact, The Walking Dead’s official Twitter page even liked the theory themselves, indicating Maggie and Cole’s romance could definitely happen in the near future.

Following the episode airing on Sunday, many more fans also took to social media to sound off their support for the potential pairing.

One viewer said: “If they adapted Comic Maggie and Dante’s storyline with Cole I wouldn’t even be mad at it.”

“I have a feeling that Cole might take Dante’s comic storyline,” another wrote.

They added: “Dante in the comics is actually in a relationship with Maggie so will we see that between Cole and Maggie?”

It now appears that Cole has gladly stepped up to take over the role, and we could see their romance blossom in the coming weeks.

Next episode, ‘Find Me’, sees Daryl (Norman Reedus) and Carol (Melissa McBride) investigating an old cabin that stirs up memories from Daryl’s past.

Season 10C will also return to Negan’s (Jeffrey Dean Morgan) life in the early days of the apocalypse.

Now Lauren Cohan is once again a principal member of the cast, her story is expected to continue in the 11th and final season, which could be building towards a happy ending with Cole.

The Walking Dead season 10 continues Sunday, March 7 on AMC and the following Monday on Fox.