Naga Munchetty, 47, looked less than impressed with Big Zuu as she warned him certain things should be kept outside of the BBC Breakfast studios. The star was on the show to promote his upcoming series of Big Zuu’s Big Eats but left the host shocked when he began to disclose details of her partying in Ibiza to co-host Charlie Stayt.

Charlie was quick to ask Big Zuu if he’d ever met Naga, who keeps her personal life private, before the show.

Naga was left red-faced after he revealed they first met in Ibiza when seeing Craig David perform.

She groaned and put her hand to her head as he started to recall their first meeting.

Big Zuu began: “We have met, last time we met was at Ibiza Rocks, we were at a Craig David show.” 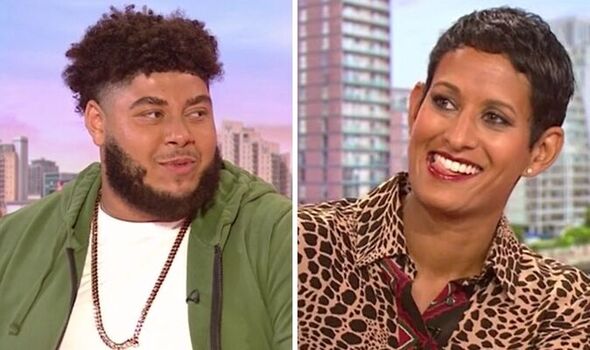 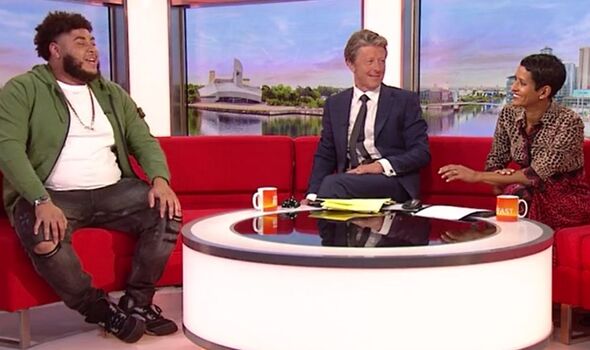 Naga looked visibly uncomfortable as Charlie asked him to explain what Ibiza Rocks is.

He told the anchor: “There’s a hotel that has a lot of live music and that’s where me and her created our bond.”

Big Zuu burst out laughing as Naga kept quiet and looked embarrassed at his revelation.

Looking at Naga, he asked: “A lot of vibes and Craig David was singing, no? 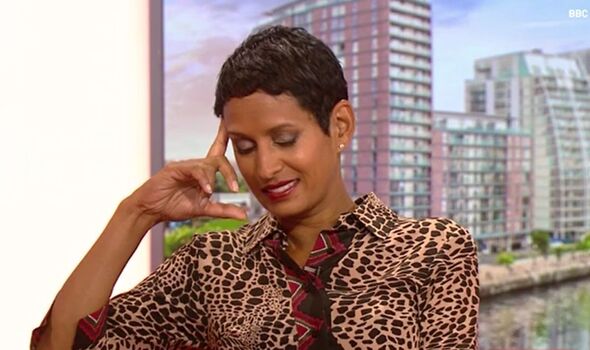 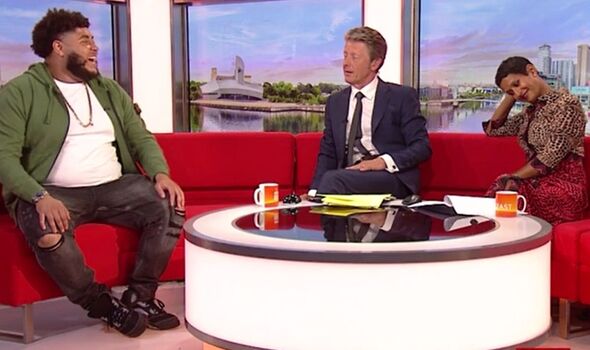 “You don’t want to admit to the nation?”

She replied: “It’s nothing to admit, there are certain things that happen in life that are kept outside of breakfast studio.”

Big Zuu laughed at her response as he clapped his hands together.

Trying to wrap the interview up, Naga said: “Big Zuu’s Big Eats returns for a third series on Monday. Good luck with it.”

“You sit there and giggle, we’ll have words later,” Naga warned the guest.

After noticing how uncomfortable Big Zuu’s reveal made Naga, viewers quickly took to Twitter to call out the rapper.

Freebandbxndit said: “Regardless of what he was implying it was unnecessary to bring up and clearly made her uncomfortable but he kept going. Proper weird for that.”

Maryamfiitz added: “Nah Big Zuu is a big weirdo why are you doing that on live tv, she was so uncomfortable”

Although there were a few who commented on Naga’s reaction stating it enhanced the awkwardness of the situation.

Prospectmelv commented: “Presenters reaction made it even worse lool she could have just giggled it off because who cares that she went Ibiza.”

BBC Breakfast continues on BBC One weekdays at 6am