The SNP won their fourth consecutive Scottish Parliamentary election, falling just one seat short of an overall majority in Holyrood. However, ITV’s Susanna Reid pointed to the fact the Conservative Party and the Welsh Labour Party also saw success in the May elections, highlighting backing for the current Governments across the UK rather than a desire for independence.

Ms Reid said: “It looks like people have voted for the leaders that have been in charge.

Mr Blackford replied: “I don’t think anyone can be mistaken Susanna that the SNP stands for Scottish independence. 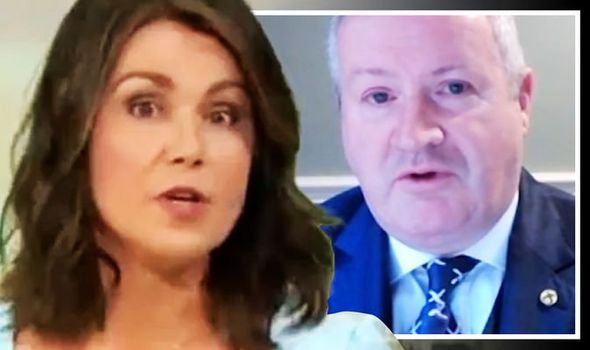 “It was front and centre of our election campaign.”

He added: “What we are talking about is having that independence referendum after we come out of this crisis.

“We are not talking about doing it before it.”