Tiger King: Joe Exotic admits in 2011 he would euthanise tigers

More than 64 million people tuned-in to watch Netflix’s animal crime documentary Tiger King last year. The story followed Joseph Maldonado Passage, nicknamed Joe Exotic, who became embroiled in an assassination plot to take out animal rights activist Carole Baskin. Nearly a year on from the viral US documentary, many are still fascinated by big cat owners and their decisions to keep exotic pets.

This has led to two new shows being made – Britain’s Tiger Kings: On the Trail With Ross Kemp and Louis Theroux: Shooting Joe Exotic.

Ross’ show, which airs on ITV tonight, brings the audience’s gaze a little closer to home and will analyse Britons with large numbers of privately owned animals.

Last year, Passage was sentenced to 22 years in prison after being found guilty of two counts of attempted murder for hire and 17 charges of animal abuse.

In the wake of the Netflix show, swathes of the public petitioned the then-US President Donald Trump to pardon him. 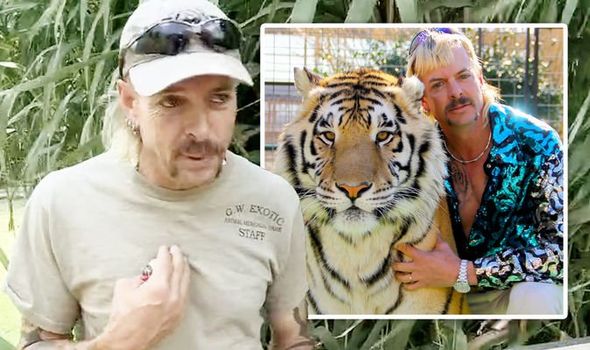 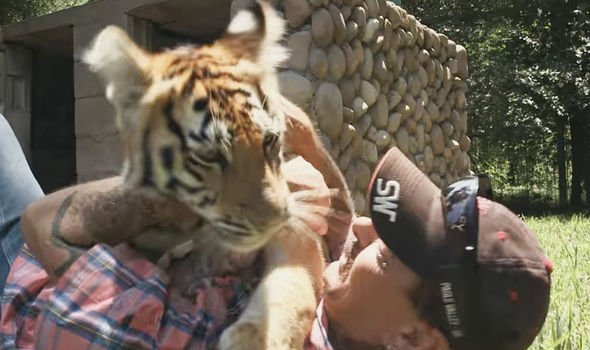 Before leaving the White House in January, Mr Trump granted clemency to 116 but Passage’s name was not on the list.

When asked if he would consider letting Passage off the hook at a press conference last April, the leader said he would “take a look” at his case.

In January, Ms Baskin, who was the target of a hitman hired by Passage, wrote on social media that she was “thankful” he was not pardoned.

Passage’s lawyers wrote to Mr Trump to state that their client would “likely die in prison” due to health conditions without intervention. 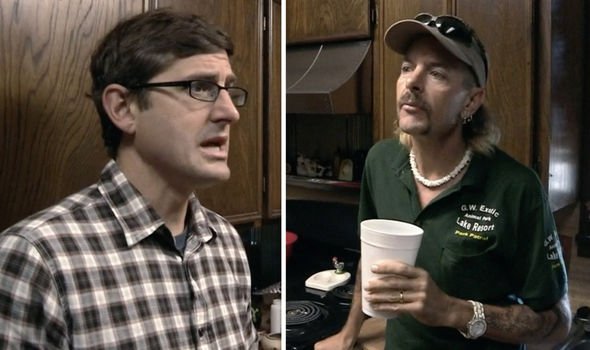 It was claimed he was “railroaded and betrayed”, according to the pardon application they filed.

On Twitter, Passage, who is due for release in 2037, wrote: “I was too innocent and too GAY to deserve a pardon from Trump.”

The park was closed during the coronavirus pandemic but has been visited by a Netflix team to investigate claims about paranormal activity. 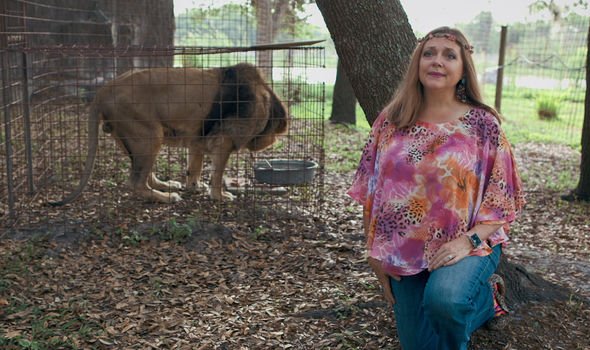 The conduct of Passage while at the helm of GW Zoo has come under fire from many since the documentary’s release and his conviction.

Debbie Banks, from the Environmental Investigation Agency (EIA), which investigates animal crimes, admitted that Passage was on their radar.

Last year, she told Express.co.uk that his decision to breed tigers had “nothing to do with conservation” and was “all about profit”.

Ms Banks said: “It’s absolute nonsense, the tragedy is the number of people in the US who have been fooled by the idea that these facilities contribute to conservation. 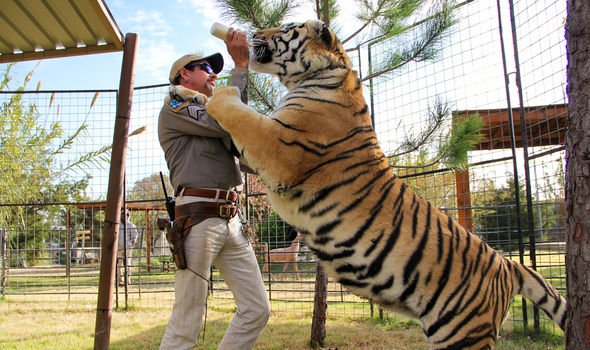 “The big fat tigers of the US… possess none of the qualities of wild tigers and are just tiger-shaped animals, they are nothing like wild tigers at all.”

Ms Banks pointed out that Passage’s decision to breed white tigers highlighted his desire to profit because “no scientific institutions would ever promote” it.

She told Express.co.uk that the animal’s fur – white with dark stripes – is a “logical representation of bad genes” and “a result of inbreeding”.

Passage’s claims in the 2011 BBC documentary Louis Theroux: America’s Most Dangerous Pets also resurfaced in the wake of the documentary’s popularity.

It was suggested that the animal keeper had been “stockpiling tigers” and once the people had “seen one” they “didn’t need to see another 149”.

Louis asked if there was a scenario where he could “run out of money or cease to be able to operate” and “many of the big cats would have to be euthanised”.

Passage admitted he had “kicked that idea around” and revealed the one circumstance that would lead him to kill all of the animals in the park.

He said: “If I ever went broke I think I would euthanise everything, rather than put them in another facility with the same financial stress.” 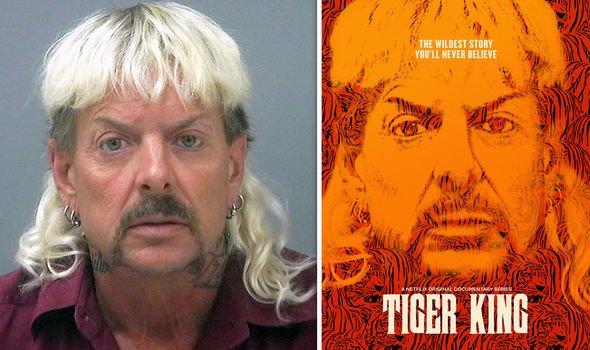 Louis was horrified by Passage’s answer and asked if he “really meant that” and would be willing to kill all “1,400 animals” in the park.

Without emotion, Passage responded, “Yeah” to both questions before Louise probed: “I don’t think you’re being serious.”

The park owner replied: “I don’t think you know me very well.”

In Louis’ documentary, it was also revealed that Passage had tried to breed “the closest thing you can get to a sabre-toothed tiger”. 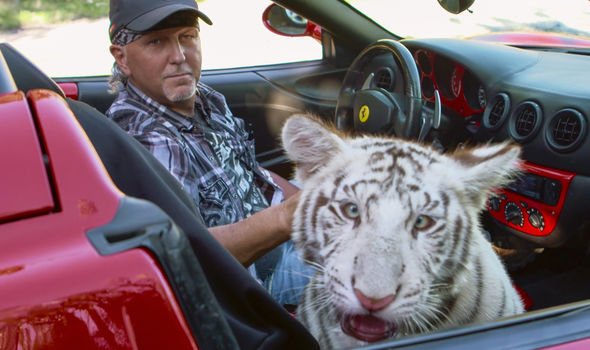 A tour guide, named only as Tim, was asked if it was right to “play God” and if they were concerned by parallels to Steven Spielberg’s 1993 film Jurassic Park.

Tim claimed the park was “already dangerous” enough and dismissed the notion that only scientists should be trying to carry out genetic engineering.

He said: “You know, a PhD is just a document that goes on a wall, you know? It’s all been done naturally here.”

Britain’s Tiger Kings: On the Trail With Ross Kemp airs at 9pm tonight on ITV.

Louis Theroux: America’s Most Dangerous Pets is available to watch on BBC iPlayer.