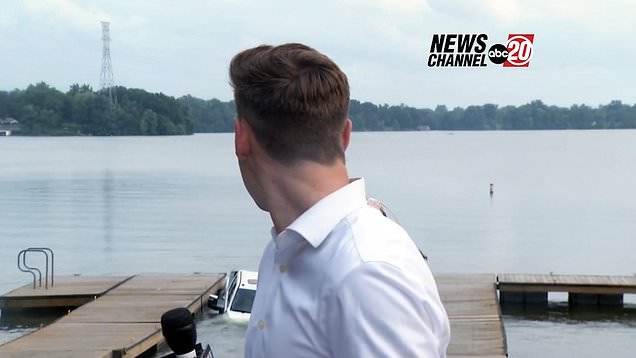 A news reporter was left flustered when a truck slipped off a boat and into Lake Springfield, Illinois, while he was filming a segment for ABC News Channel 20.

Jakob Emerson had been in the middle of recording an update on planning proposals for a new lake in the area when something behind him caught everyone’s attention.

The presenter let out an audible gasp as he was alerted to the vehicle, which was quickly submerging into the water.

He immediately stepped out of the shot, with the cameraman wasting no time in capturing the action.

Footage zoomed in as the white truck sank, with bubbles appearing on the surface as it disappeared.

‘Now this is a new one!’ Jakob penned on Twitter moments after the broadcast. 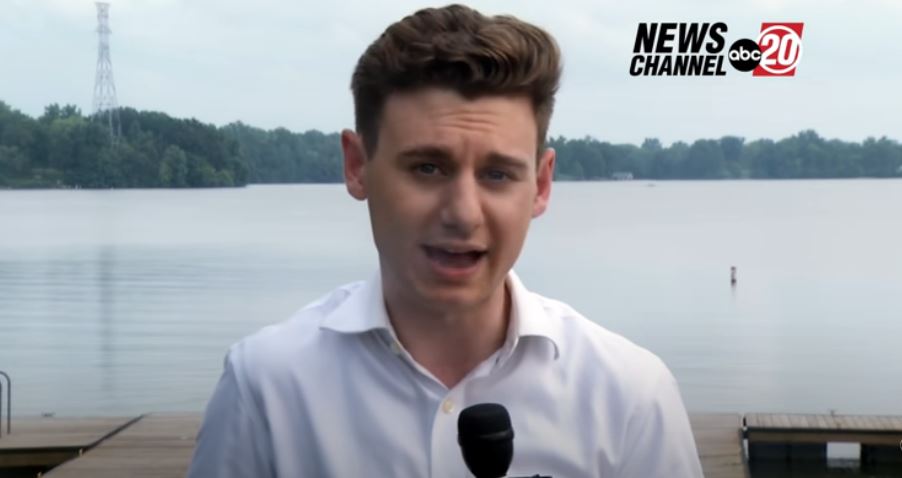 ‘An entire truck sinking into Lake Springfield just as I was finishing my (unrelated) 6pm live hit. Happy Thursday..’ (sic)

He later added: ‘No one in vehicle at time of sinking by the way!’

It didn’t take long for the clip to go viral on social media, with fans in hysterics by the scenes at play.

‘Reminds me of an old Otis Redding song…”Sitting on the dock of the bay / watching a GMC roll away”,’ wrote one.

‘Oh man, I wish he’d kept the shot wide so we could watch the owners’ reaction more 🤣👌,’ added another.

Live television blunders never fail to amuse and there have been plenty keeping us entertained over recent months.

Remember the BBC reporter who was caught in his shorts and deck shoes?

Or what about Martine Croxall just following a rogue camera around the studio?