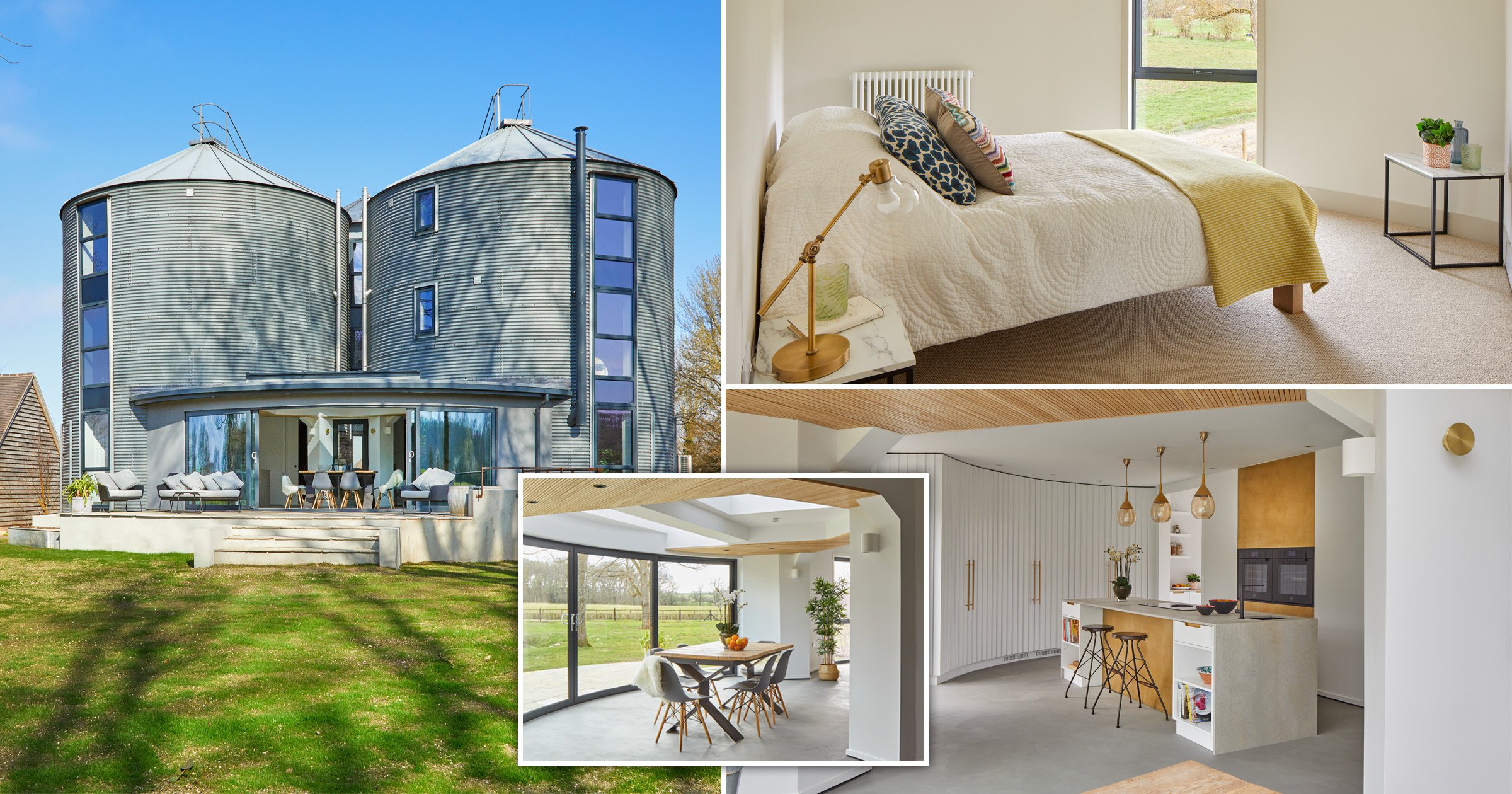 Sometimes you find the perfect property – but there just isn’t enough storage.

That won’t be the case here – as this place is made from two converted grain silos.

Stubwood Granary, near Hungerford, Berks, is on sale for £1.95 million.

The luxury home looks a lot like its original purpose on the outside, but inside there are now five bedrooms.

It was converted from a working farm building about a decade ago, and now has 3,056 sq ft over three floors with an open plan kitchen/dining/living room on the ground floor, as well as a small prep kitchen, utility room and boot room.

There is also beautiful views of the countryside from many of the spaces.

Nick Loweth, from estate agents Knight Frank, said: ‘Stubwood Granary is incredible, it’s quite unlike anything I have ever seen before.

‘It’s very Grand Designs. I’ve been selling houses around here for 20 years now and this is really unique.

‘The former dairy farm buildings have been converted into four residential units and this is set behind them.

‘It has just been finished. There was a dairy herd there up until about ten years ago and the farmer diversified.

‘They were about to pull down the grain silos and someone said “hang on we can do something with this”.

‘The owners have done it very well, the standard and finish is exceptional. For example, the corrugated effect on the outside, they have mirrored in the wood on the inside.

‘They ripped all the inserts out and made it fully insulated, with underfloor heating and lots of light and glass.’

There is also a detached garage with a storeroom and an annexe above that could be an office, another bedroom or a playroom.

Nick added: ‘People might think how does it work because it’s circular, how is my furniture going to fit, but it will. The kitchen has been bespoke fitted and the same joiner can make built-in wardrobes.

‘They’ve been very clever about how they have put in bathrooms and things like that.

‘It could work as a full-time home or a weekender. They have it configured with an open plan sitting/kitchen/dining room and then a big sitting room on the first floor but you could play around with that and put in another bedroom.

‘It sits in the middle of a country estate and has its own pond.

‘It’s really exciting and unique and bespoke – all the cliches apply.’