Game of Thrones season eight is well underway on Sky Atlantic and HBO with episode four the instalment scheduled for release on Sunday, May 5. Tyrion Lannister (played by Peter Dinklage) is a character to have appeared in every episode of the season so far, as has Daenerys Targaryen (Emilia Clarke), and the pair’s frosty relationship on-screen has led to rumours among GOT fans that betrayal could be on its way. Here are all the clues to suggest Tyrion will betray Daenerys with the help of Sansa Stark (Sophie Turner).

Will Tyrion and Sansa betray Daenerys on Game of Thrones?

WARNING: This article contains spoilers from Game of Thrones season 8.

Daenerys’ fate in the HBO series also remains unknown, although there are several clues to suggest she will be betrayed by Tyrion and Sansa.

Game of Thrones fans have witnessed the frosty relationship between Tyrion and Daenerys grow colder as season eight progresses.

In episode three, The Long Night, Tyrion was relegated to the crypt under Winterfell per Daenerys’ orders, despite his desire to enter the battle.

This was just one in a long line of scenes where the pair appear to be at loggerheads and now, one GOT fan has taken to Reddit to explain how Tyrion will use Sansa to betray his queen. 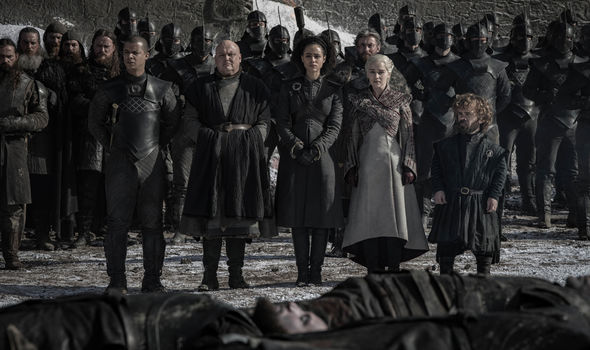 They explain: “Episode two, Bran (Isaac Hempstead-Wright) and Tyrion have a conversation, and we don’t know what is said.

“Episode three, Tyrion is not quick to defend Daenerys to Sansa.

“I think Bran told Tyrion who Jon actually is, and it will be the driving force behind him switching sides.

“A lot of us couldn’t see Jon releasing the information on his own to get the throne. What if Tyrion tells the world that Jon is the true heir because he doubts Daenerys’ intentions or honour?”

The theory ended: “This would force Jon into a situation of conflict.”

WILL GAME OF THRONES SEASON 8 BE ON NETFLIX? 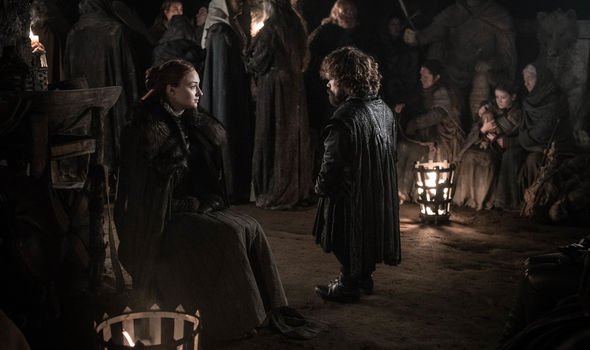 Sansa has made no secret in her hostility and attitude towards Daenerys.

Should she learn Jon is the rightful heir to the Iron Throne, it won’t take much for her to back him.

Jon Snow would then have the backing of Sansa, Tyrion and, presumably, the surviving houses of the North against Daenerys.

Dany’s army of Dothraki was all but wiped out in episode three, A Long Night, and the Unsullied also took a major hit.

If Tyrion and Sansa betray Daenerys and pledge allegiance to Jon, Daenerys would be at a seriously vulnerable position.

It would also play into the hands of Cersei Lannister (Lena Headey) who is awaiting the arrival of their armies in King’s Landing. 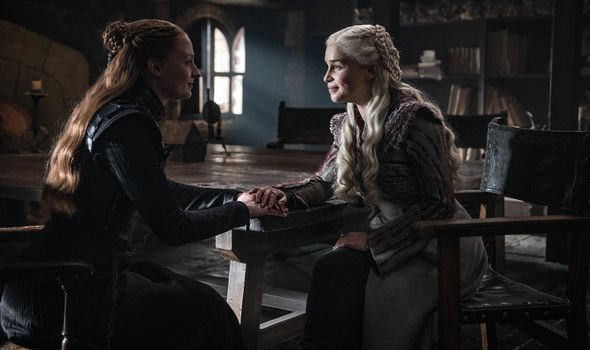 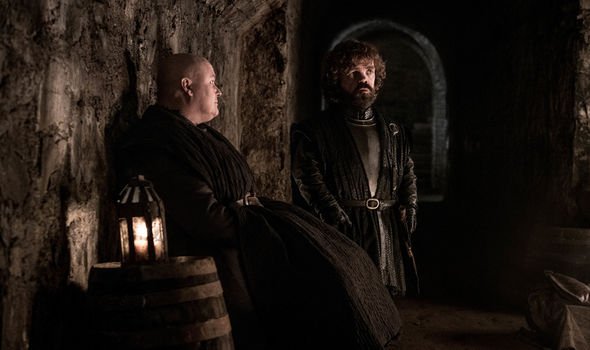 Cersei would undoubtedly relish the sight of conflict between her younger brother and the Mother of Dragons.

She has already betrayed Daenerys after pledging her Lannister armies to help in the fight against the dead in the season seven finale.

Game of Thrones’ current queen instead sent Euron Greyjoy (Pilou Asbaek) to hire the Golden Company mercenaries, led by Harry Strickland (Marc Rissmann), in order to fight Dany and Jon after their battle with dead.

The betrayal was so devastating to Cerise’s brother-turned-lover Jaime Lannister (Nikolaj Coster-Waldau) to abandon her and fight alongside Daenerys and Jon.

Where exactly Jaime’s allegiances will lie now the dead have been defeated will also be a hot topic in the coming episodes.

Game of Thrones season 8 airs on HBO in the US on Sundays 9pm ET and on Sky Atlantic and NOW TV in the UK on Mondays at 2am & 9pm BST.