“First we want to figure it out,” Russia spokesperson Dmitry Peskov says 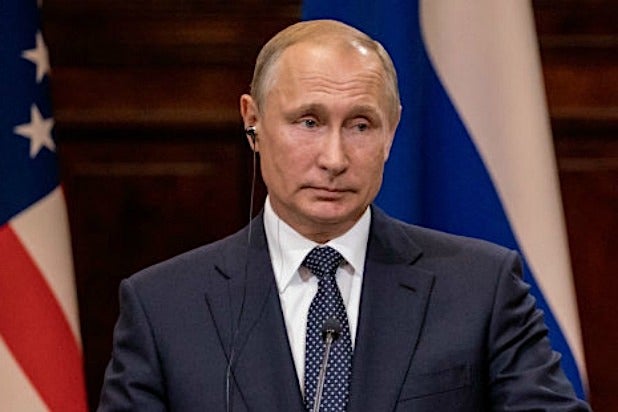 Tesla billionaire Elon Musk reached out to Vladimir Putin in an attempt to ask if the Russian president would chat with him on the social media-app Clubhouse. For their part, the Kremlin called Musk’s offer “an interesting proposal” and didn’t exactly rule out that this conversation could happen.

“It would be a great honor to speak with you,” Musk added in Russian, tweeting to the official Kremlin account on Saturday.

According to Reuters, Kremlin spokesperson Dmitry Peskov told reporters in a translated conference call that “we need to understand what is meant, what is being proposed… first we need to check, then we will react.”

Maybe the bigger issue here is that Putin doesn’t exactly have much experience with apps like this, much less social media in general…so getting him to join an exclusive platform might be tricky. “First we want to figure it out,” Peskov said. “You know that President Putin does not directly use social networks. He personally does not run them.”

Clubhouse is an invite-only, audio-only iPhone app that, since its debut in 2020, has become wildly popular in Silicon Valley. It allows people to speak “on stage” for an audience while members of said audience can be invited to the “stage” to ask questions. It also allows people to join chat rooms that are specific for certain topics.

Putin would at least be in the company of another famous face if he decides to join Musk — last week, the entrepreneur shared on Twitter that he’d secured Kayne West for a conversation and that “the most entertaining outcome is the most likely.”

But Clubhouse basically prides itself on the fact that all its conversations are invite-only, meaning that most of us “regulars” can’t listen in. So if this conversation actually happens, we probably won’t know much of it outside of reports…and one can only imagine what the two high-profile public figures will talk about behind closed doors.