WandaVision will be the only new Marvel Cinematic Universe content that fans see in 2020. The pandemic has pushed back the premieres of all the other phase 4 movies and Disney+ series into 2021. But fans might be surprised with what Marvel has in store for Wandavision’s first season. The new series will reportedly introduce some long-awaited characters into the MCU. And, a Captain Marvel character claims that the six-episode season is a “full-on action movie, mixed with sitcoms.” 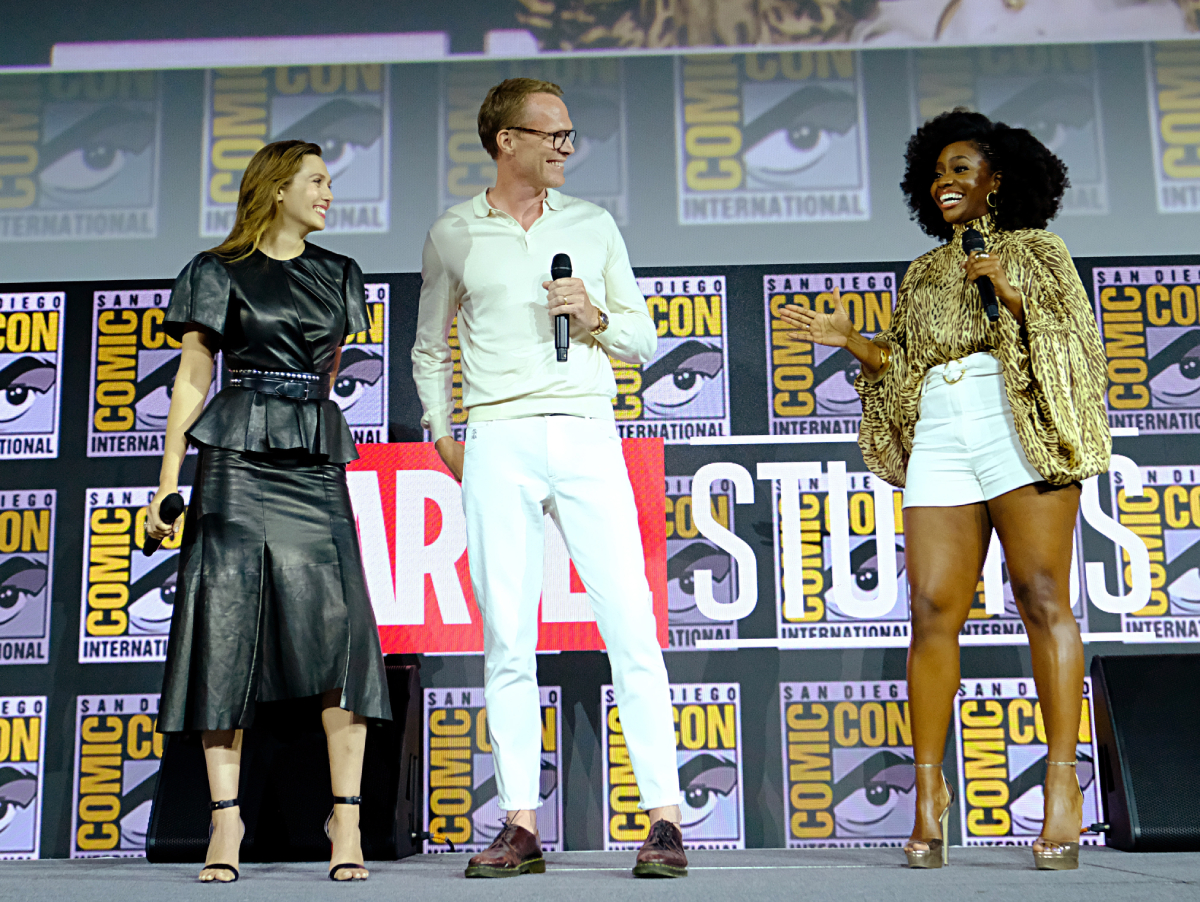 As BGR notes, Marvel has planned a certain order for Phase 4. Everything is connected, which means specific plot lines and character introductions have to be revealed in a certain way. Studio boss Kevin Feige says that the Disney+ series are also part of the MCU. The Marvel TV shows now affect the films and vice versa.

There is speculation that Marvel delayed the premiere of The Falcon and the Winter Soldier until after Black Widow hits theaters. Some fans think they did this because something happens in the film that fans need to see before the TV show debuts.

WandaVision will now be the first out of the gate, as it will premiere on Disney+ before the end of 2020. And, a huge leak claims that the new series will explain the origin of the X-Men in the MCU. As with all Marvel rumors, this one should be taken with a grain of salt.

Someone who claims to have seen the first season of WandaVision has made the X-Men claim on 4Chan. They also shared a number of possible spoilers and claimed the series was a “must watch.”

Teyonah Parris is making her Marvel debut as the adult version of Monica Rameau in WandaVision. Fans last saw the character in Captain Marvel when she was a kid in the 1990s played by Akira Akbar.

According to ComicBook.com, Parris says playing a Marvel superhero is a dream come true. She told The Undefeated that when she first watched MCU movies, she said that she wanted to do that.

She says she doesn’t know why she had that dream because most black women aren’t afforded that opportunity. But, it happened and she’s happy to be a part of the MCU.

“And to be Monica Rambeau, she’s such a badass in the comics,” Parris said. “I just can’t believe that this is happening. This is a full-on action movie, mixed with sitcoms, it’s wild. It’s wild. I think people will be very excited.”

In the comics, Monica becomes the new Captain Marvel after receiving energy powers. This happened decades before Carol Danvers transitioned to the role. Some wonder if Monica could receive powers in WandaVision, setting up a role in Captain Marvel 2.

Scarlett Johansson was not spotted on set of the Disney+ series

New photos emerged on social media in mid-October from the set of WandaVision. Some featured a blonde woman wearing a mask that many thought resembled Scarlett Johansson. The pics sparked rumors that Natasha Romanoff/Black Widow would be making an appearance in WandaVision.

Upon closer inspection, the truth became clear. According to CBR, the images were of Kathryn Hahn, who appeared in the WandaVision trailer. It’s not yet clear what Hahn’s role is in the series. But, the popular theory is that she will play Agatha Harkness.

In the comics, Agatha is an advisor to Wanda who helps her learn more about her power. However, she eventually becomes Wanda’s enemy. In the Disney+ trailer, she appears to be a nosy next door neighbor. But, her true intentions are unknown.

WandaVision is expected to premiere in late November or early December on Disney+.