Which 'Hawkeye' Star Did All of Her Own Stunts? 'She Was Able to Pull Everything Off'

The Disney series Hawkeye focuses on the Marvel Comics character of the same name. Clint Barton (Jeremy Renner) teams up with Kate Bishop (Hailee Steinfeld) to face foes from his past as Ronin. But amid Renner and Steinfeld’s quippy banter, another cast member stole the show — and even performed her own stunts.

Lucky the Pizza Dog performed her own stunts

Jolt, a feisty golden retriever who loves showbiz, played Lucky the Pizza Dog. The pup was so committed to her part that she did all her own stunts in Hawkeye. FX supervisor Greg Steele shared that they didn’t use any CGI stand-ins for the Jolt. She did, however, require a little help with her special wink.

Since Jolt has both eyes and Lucky doesn’t, the CGI department stepped in to give Jolt Lucky’s signature look. In the comics, Lucky is a stray dog with one eye. The FX team used several layers of visual effects to achieve this effect with Jolt. 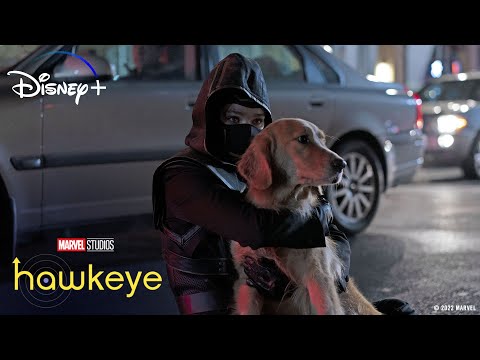 Jolt didn’t set out for a career in Hollywood. Owner Jacqui Johnson told IGN that she was only interested in using the dog for agility and obedience training when she got Jolt as a puppy. In fact, she planned for Jolt and sister Eevee, also a golden retriever, to be family pets. Johnson allowed her children to name them. They chose names based on Pokemon characters.

Greg Tresan, an Atlanta-based kennel and training center owner, met Johnson via her agility training with Jolt and Eevee. Tresan saw Jolt’s talent and initiated her foray into acting. Eevee served as her on-set double.

So how did Jolt handle the work? Mostly flawlessly, though occasionally, distractions got in the way, like during the scene when Clint and Kate walk Lucky in the park. But one specific task was easy for Jolt to swallow — literally.

Tresan explained Jolt actually ate her character’s signature dish on set, calling pizza “an intrinsic part of their training.” And Johnson says Jolt wasn’t acting when she appeared to enjoy a slice, noting that offset, the dog once ate “an entire large pizza” when her owner wasn’t looking. 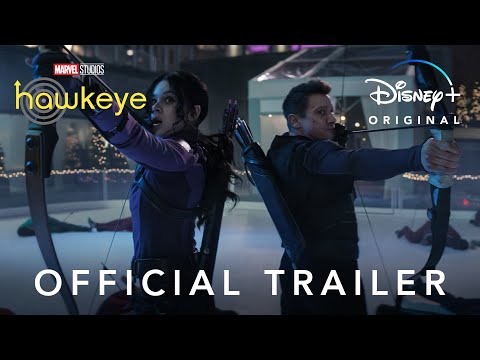 Florence Pugh, who played Yelena Belova, also performed many of her characters’ Hawkeye stunts. “When Florence arrived on the set, she also proved herself worthy of the action scenes,” directors Bert and Bertie told Entertainment Tonight. “There was a point where we were going to trade her for a stunt girl, and she was like, ‘But I can do it.’ And she went and did it! It was amazing.”

Pugh wasn’t the only actor on the Hawkeye set who attempted stunts. Steinfeld impressed the directing team with what she could do. “Having actors that are so able and so capable and so willing to be part of the physicality of it means that we can keep my cameras on them for longer and keep the audience in the action for longer,” they said.