Over the course of 10 episodes on Netflix, White Lines viewers watched as the suspects in the murder of DJ Axel Collins (Tom Rhys Harries) were whittled down one by one. With his grieving sister Zoe Walker (Laura Haddock) leading the investigation into her brother’s murder, she uncovered secrets she could never have imagined, especially surrounding close pals Marcus (Daniel Mays), Anna (Angela Griffin) and Boxer (Nuno Lopes).

In the finale episode of the show’s debut season, Axel’s killer was finally uncovered by Zoe.

Fans watched in horror as Axel’s death was finally played out via flashbacks and the horrific role Marcus and Anna played was revealed.

The start fo Axel’s demise came at one of his many lavish and drug-fuelled parties.

Desperate for a fresh start, Azel told Anna he had sold the clubs he and his friends owned as well as burning all of the money and profits they group had made. 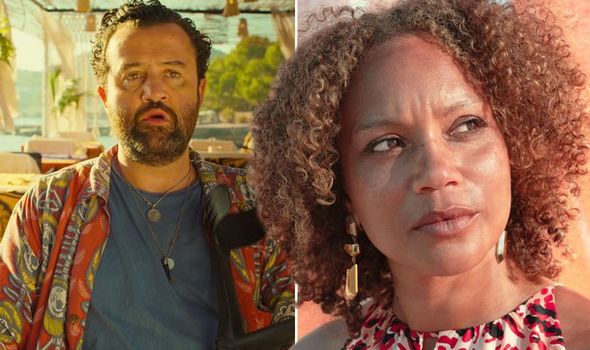 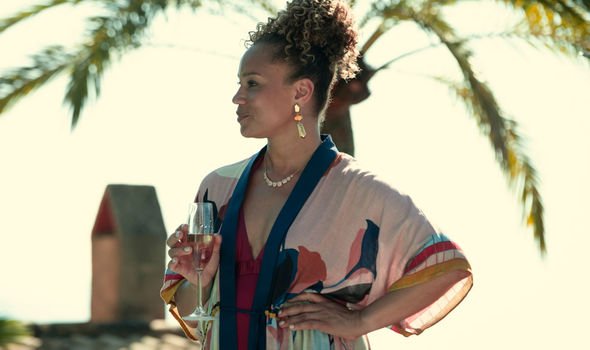 Anna was far from happy with her pal and secret lover’s decision and spotted an opportunity to exact revenge on him.

Axel overdosed on cocaine while telling Anna about what he’d done and struggled to breathe, prompting her to hold his head underwater in the pool he was stood in.

Convinced she’d killed him, she enlisted the help of husband Marcus to get rid of the body.

Unbeknownst to the pair, however, Axel wasn’t dead and managed to sneak his way out of the boot of the car Marcus and Anna had bundled him into. 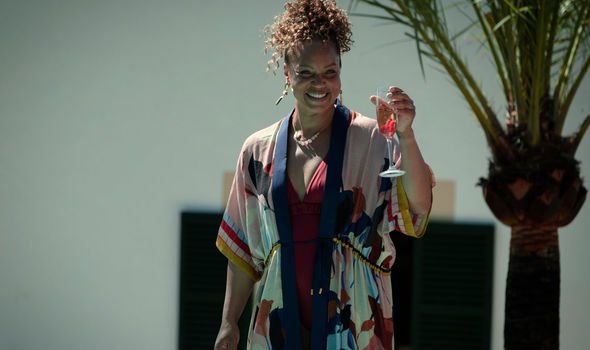 Marcus tried to finish Axel off by running him over but it was left to Anna to kill the young DJ with a screwdriver to the back of the neck.

Both Marcus and Anna had evaded justice for Axel’s murder and haven’t had to serve time behind bars as a result.

However, should season two go ahead, there are plenty of clues to suggest someone close to Anna could be the one to finally turn her in.

Anna’s daughter Tanit (Jade Alleyne) could be the one who holds the key to seeing Axel’s murderer bought to justice – here’s why.

Firstly, Tanit and her mother have butted heads throughout the series with the teenager often expressing her discontent at the fact her mother is remarrying.

So much so, she refuses to go to the wedding but changes her mind when her father Marcus tells her he’ll go along too.

This was supposedly the only way she’d go but, in the end, she never turned up at her mother’s wedding even though Marcus did – so why?

Marcus arrived on Anna’s wedding day filled with rage and confronted her about Axel’s murder after 20 years of bottling it up, could Tanit have refused to go because Marcus had told her before he headed there?

Secondly, Tanit has always been able to discover secrets in her parent’s relationships from a young age.

She mentions how she knew her parents were splitting up as well as picking up on all the times Anna tried to undermine Marcus.

Tanit’s clearly not a typical, immature teen, could she have already put the pieces together surrounding Axel’s murder too?

Could this be Tanit’s chance to get one over on her own mother?

White Lines is available to stream on Netflix now.