Home » TV & Movies » Who is Lucian Msamati? Talking Heads and Game Of Thrones star – The Sun

LUCIAN MSAMATI is a regular at the National, as well as a familiar face in BBC dramas.

The London-born actor took the world by storm in 2015 when he became the first black actor to play Iago in Othello.

Lucian Gabriel Wiina Msamati was born in London on March 5, 1976 – making him 44-years-old.

He is a British-Tanzanian film, television, and theatre actor.

Although Lucian was born in London, he grew up in Zimbabwe.

Msamati completed a BA Honours Degree in French and Portuguese at the University of Zimbabwe.

After graduating, he got a job as an advertising copywriter and freelance radio presenter.

He also worked as a voice-over artist, compere and after-dinner speaker.

Msamati told WhatsOnStage: "[acting is] what I've always wanted to do. I remember watching films and thinking, 'I want to do that. I know how to do that'."

The company performed at the Edinburgh Festival Fringe in Scotland; some plays were written by Msamati.

What films and TV shows has Lucian Msamati starred in?

Msamati has had an illustrious career both in film and TV.

He first proved himself as a star when he played JLB Matekoni in the BBC adaptation of The No1 Ladies' Detective Agency.

He continued working with the BBC, appearing in shows such as Doctor Who, Death in Paradise, and Luther.

Many people will recognise Msamati for playing pirate-lord Salladhor Saan in HBO's Game of Thrones. 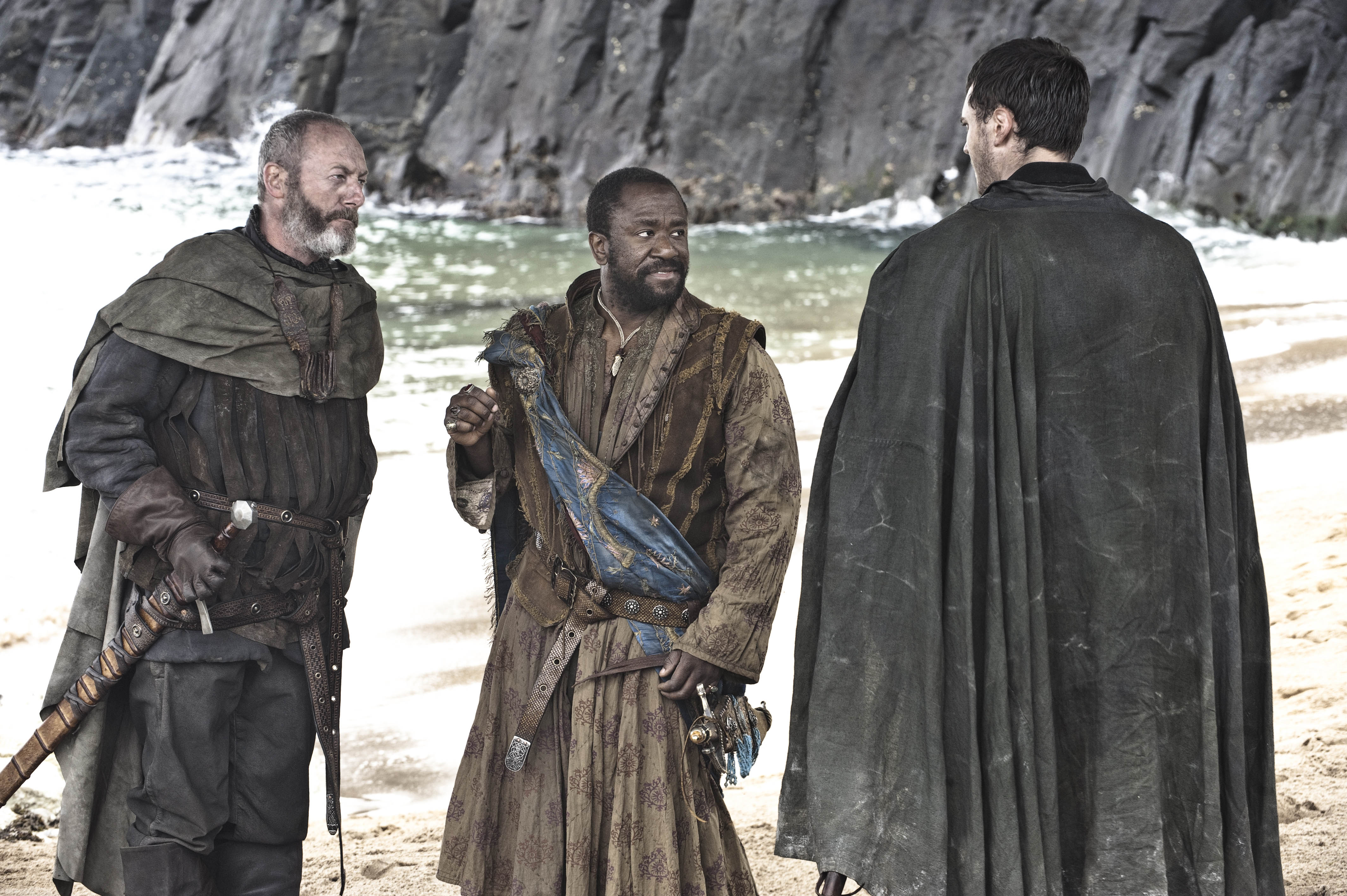 And he played John Faa in the BBC adaptation of His Dark Materials.

And he played Wilfred in Alan Bennett's Talking Heads.

Movies Msamati has appeared in include The International, The Good Liar, and The Bike Thief.

What was Lucian Msamati's big break?

Msamati made headlines when he was the first black actor to play Iago at the Royal Shakespeare Company's 2015 production of Othello.

He played the role opposite Hugh Quarshie as Othello.

The choice to cast a black man as Iago fed into the dynamic between Othello and Iago.

It reinforced the bond between them as high-ranking black soldiers serving a white country.

Msamati's performance was met with widespread acclaim, and he instantly became a name to watch out for.

Lucian has appeared in several theatre productions, including Comedy of Errors at the Royal National Theatre opposite Lenny Henry.