‘Why are you picking on me?’ A Place in the Sun guest snaps at Scarlette Douglas

A Place in the Sun: Guest jokes host is 'always picking' on him

Scarlette Douglas was tasked with finding the ideal holiday home for Steve and his wife Helen in the Spanish town of Torrox on the Costa del Sol. However, the A Place in the Sun presenter was shut down by property hunter Steve when she asked his opinion on her second offering after a bumpy start to the search.

The couple were hoping to find a two-bedroom apartment close to amenities with some outside space.

Kicking off the search, Scarlette remarked: “Given their budget, I don’t think this is going to be an easy house hunt.”

The Channel 4 presenter didn’t get off to a great start with a ground floor apartment that overlooked access to an underground car park. 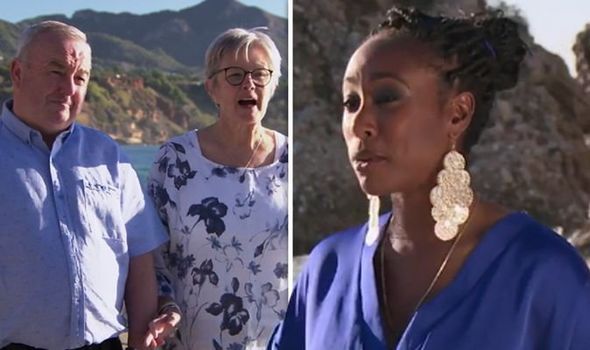 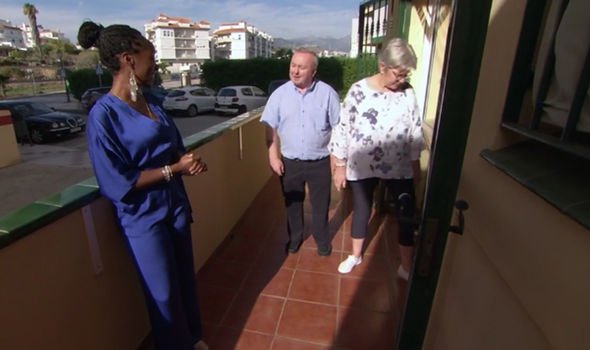 The couple were both unimpressed with the layout of the living space and struggled to garner any enthusiasm.

“I don’t think we could manage with it,” Steve said and the host suggested: “What if you moved the furniture around?”

“I suppose it could work,” he replied before Scarlette took them out onto the terrace. 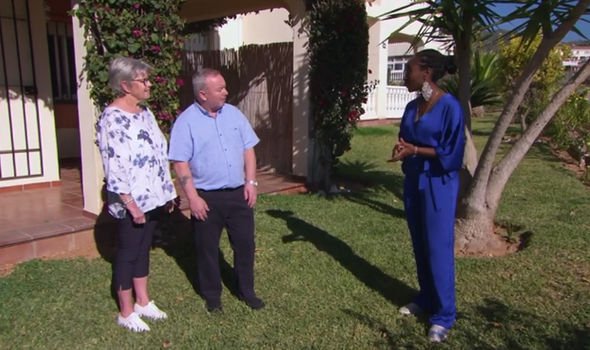 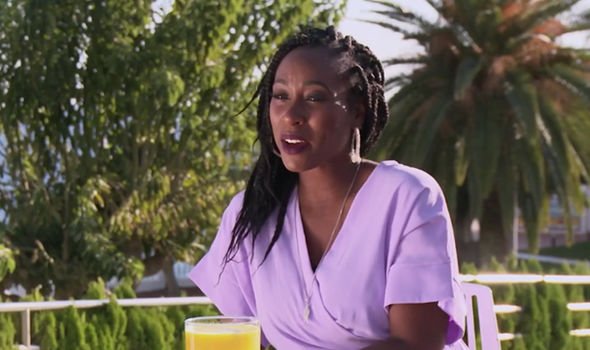 “Oh no you’re both so quiet,” she observed and Steve explained: “I don’t think you’d get a table out here. If it was shorter but wider that would be better.”

“Not the best start,” Scarlette remarked. “I thought the location was perfect but the outside space and the road to the car park are not doing it for them, such a shame.”

“It’s just a shame about the outside,” Steve said. “We understand that we have to go further away to get more for our money.”

The next property viewing didn’t get off to a great start as Steve shut down the presenter for “picking on him”.

Standing by the communal pool, Scarlette quipped: “I thought you’d be more wowed by this.”

“Why are you always picking on me?” Steve asked the presenter. “I’m not a swimmer.”

“I like swimming,” Helen added. “I think it’s a nicer pool than the last one.”

Despite the rocky start, the couple fell in love with the property even though it had one bedroom.

Steve and Helen proved difficult to please throughout the search but Scarlette’s final property appeared to tick all their boxes.

Catching up with the pair, the presenter began: “When I left you both the fifth and final property was in the running and it knocked the second property out of the park.”

“It had what we asked for,” Steve said. “But I don’t think we’re going for it. Looking around the area for us it’s not the right location. Maybe we have to go home and look at our finances to find £20,000.”

“It’s a shame you didn’t have that £20,000, I could have shown you so many lovely properties,” Scarlette commented and Steve added: “We realise that now.”

A Place in the Sun airs on weekdays at 3pm on Channel 4.