Home » Why is Ackley Bridge on at 6pm? Schedule shake-up explained

Ackley Bridge is a popular comedy-drama series on Channel 4 and the students will be returning to the small screen tomorrow night (April 19).

Fans have noticed the show will not air during its familiar slot, and will instead air on the network at an earlier time of 6pm.

The half-hour episodes will be shown on consecutive days over the next two weeks at this new teatime slot.

Ackley Bridge now forms a double bill with Hollyoaks on weeknights, which has been described as a smart move.

Both shows bring in a similar teen audience and it is hoped the change in schedule will help out with viewership ratings.

Caroline Hollick, Head of Channel 4 Drama, said: “We’ve put younger viewers squarely at the heart of our new strategy, making each episode a snappy 30 minutes and moving the time slot to the brand-new time of 6pm.

“Sandwiched between The Simpsons and Hollyoaks, Channel 4 will truly own teatime!”

The full series will be made available to watch on the streaming platform All 4 following the release of the first episode. 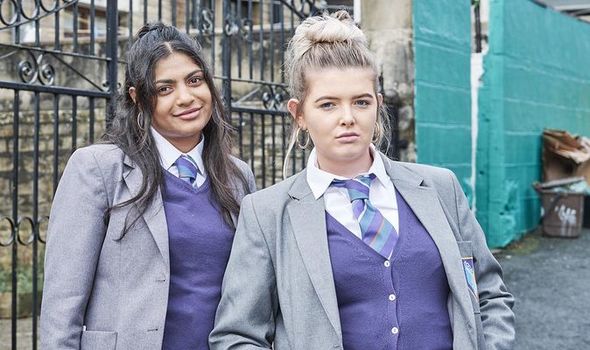