A lot will change when Prince Charles becomes king. In fact, a lot has already changed in preparation for his reign. However, one thing will remain the same until the Prince of Wales ascends the throne: Royal titles. 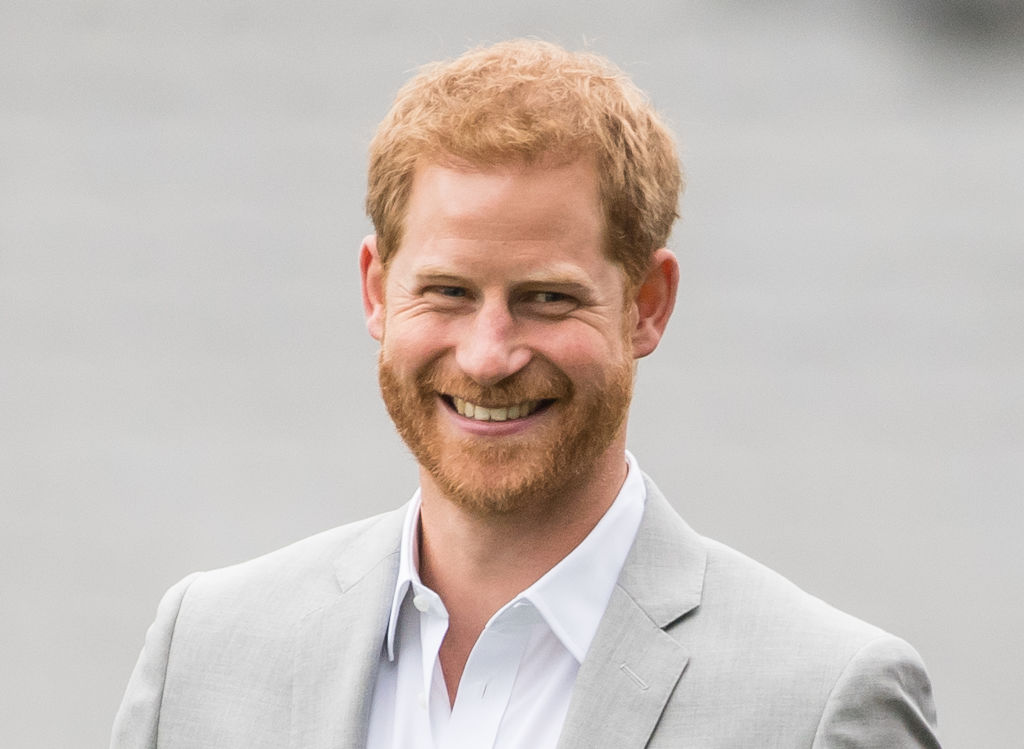 Upon his ascension, Prince Charles’s family members will experience quite a bit of change — which they are already preparing for despite the fact that experts think it could be another decade before he becomes king. But, Prince Harry isn’t too concerned about the changes since many of them don’t impact him or his royal duties. In fact, Prince Harry will be the only one in his immediate family to not receive a new title when Prince Charles becomes king.

Today, The Duke of Sussex visited Oxford to highlight the positive work being done in the city for young children, disabled people and the community at large. The Duke started his day meeting young patients at the Oxford Children’s Hospital. In 2016 at the @WellChild Awards, The Duke promised awardee Mikayla Beames he would visit her at hospital. Today, HRH was able to fulfill that promise and spend time with Mikayla and other patients and their families, along with the some of the extraordinary staff and teachers in the Hospital School who are on hand to support the young patients as they continue their studies whilst in hospital. Afterwards, The Duke of Sussex, in celebration of its 30th year, re-opened the OXSRAD Disability Sports and Leisure Centre, a facility first opened by his mother, Diana Princess of Wales in 1989. His Royal Highness felt honoured to pay tribute to her work and meet some of the people his mother met 30 years ago. This centre supports people with disabilities through sport and physical exercise – an area The Duke is particularly passionate about. HRH has seen the transformative effect sports, teamwork and exercise can have on people, not just physically but also for their mental fitness. The Duke’s final stop was at Barton Neighbourhood Centre to see the work of Thrive Teams, an initiative that supports at risk youth with access to education and employment. The Barton Centre includes a cafe, doctor’s office, sports hall, local police centre and food bank. The team there save nearly one tonne of food per day from being wasted and whip up some incredible meals for those that can’t afford to sustain themselves. Serving as a hub for this close-knit community, where 1 in 4 grow up in child poverty, this centre truly is a lifeline for its roughly 5,000 residents, but also an example of what can be achieved when we all come together.

Right now, Prince Charles is the heir apparent and Prince of Wales — a title that belongs to the monarch’s eldest son and heir. However, once Queen Elizabeth dies and he ascends the throne, Prince Charles will become His Majesty The King, leaving the Prince of Wales title open for his eldest son (and future heir), Prince William. Since the monarch can only grant the Prince of Wales title to his eldest son through a ceremony, Prince William won’t receive a royal title change on the day of his father’s ascension. However, he will likely earn the status soon after his father becomes king and will likely obtain the royal duties that go along with it as soon as possible. Prince William will also become the Duke of Cornwall.

Unless Prince Charles wishes to give Prince Harry a new dukedom, he will likely remain the Duke of Sussex for the rest of his life.

Who will receive new royal titles upon Prince Charles’s ascension?

Prince Charles and Prince William aren’t the only ones expecting title upgrades in the future. Since royal women take on their husbands’ titles and status, Camilla Parker Bowles will become Queen or Princess Consort, which is the title for wives of a monarch. Additionally, Kate Middleton will become the Princess of Wales and the Duchess of Cornwall.

? In Anglesey The Duke and Duchess of Cambridge visited Halen Môn Anglesey Sea Salt, a thriving local business which has been operating for over two decades, and won The Queen’s Award for Sustainability in 2017. The Duke and Duchess saw the salt making process from hand harvesting to packaging, and learned more about Halen Môn’s collaborations with other local food producers, and their involvement in community initiatives.

Prince Harry and Meghan Markle’s son, Archie Harrison Mountbatten-Windsor will also receive a change to his name. As the grandson of the monarch, he will automatically become Prince Archie upon Prince Charles’s ascension.

Lastly, Prince Edward and Sophie, Countess of Wessex could also receive a title change. However, it might come sooner than Prince Charles’s ascension. Rumor has it, the queen wants her youngest son to take over his father’s title, Duke of Edinburgh when Prince Philip dies. Should Prince Philip die after the queen, Prince Charles might grant the title to his brother and sister-in-law, making them the Duke and Duchess of Edinburgh.