Home » TV & Movies » With Double-Dipping Over, the Documentary Emmys and Oscars Still Overlap

Some of the documentary features vying for 2021 Emmys may seem familiar. That’s because a bunch of them pushed through the ultra-long Oscar season last year, and some landed on the Oscar shortlist of 15, only to be left off the final five nominations. Last year’s revised Emmy rules dictate that no Oscar nominees will be chasing one of two Primetime Emmy Award categories for features, Outstanding Documentary or Nonfiction Special or Exceptional Merit in Documentary Filmmaking. That’s why you can count out of the Emmy running the Oscar-winning “My Octopus Teacher” (Netflix) and four nominees “Collective” (Magnolia), “Time” (Amazon), “Crip Camp” (Netflix), and “The Mole Agent” (Gravitas Ventures).

Last year, the Television Academy forged a stronger divide between the Emmy Awards and the Oscars to clear up some of the confusion that has reigned as movies have double-dipped from one to the other. The Academy has done its part to separate from the Emmys, too, eliminating multi-part long-form “series” from Best Documentary Feature contention, after five-hour “O.J.: Made in America” won the Oscar. On the other hand, the Academy loosened up its qualifying rules during the pandemic to allow online streaming features to qualify, even without a theatrical run. It will be fascinating to see how the Academy proceeds from here, as Hollywood turns away from theaters and toward streaming.

Dual Oscar and Emmy-winner Alex Gibney (“Taxi to the Dark Side”), for one, sees little distinction between “television” and “film” documentaries, and doesn’t think exhibition formats are relevant to the awards discussion. “Let’s be honest,” he said. “Oscar movies are dominated by streamers with limited releases. This is the Academy of Motion Picture Arts and Sciences, not the Academy of theater owners. We’re judging cinematic excellence, not trying to be business shills for cinema.” He thinks sheer pragmatic concerns underlie many of these rule decisions. “People don’t want to look at too many movies. It’s about how to find ways of shortening the list.” 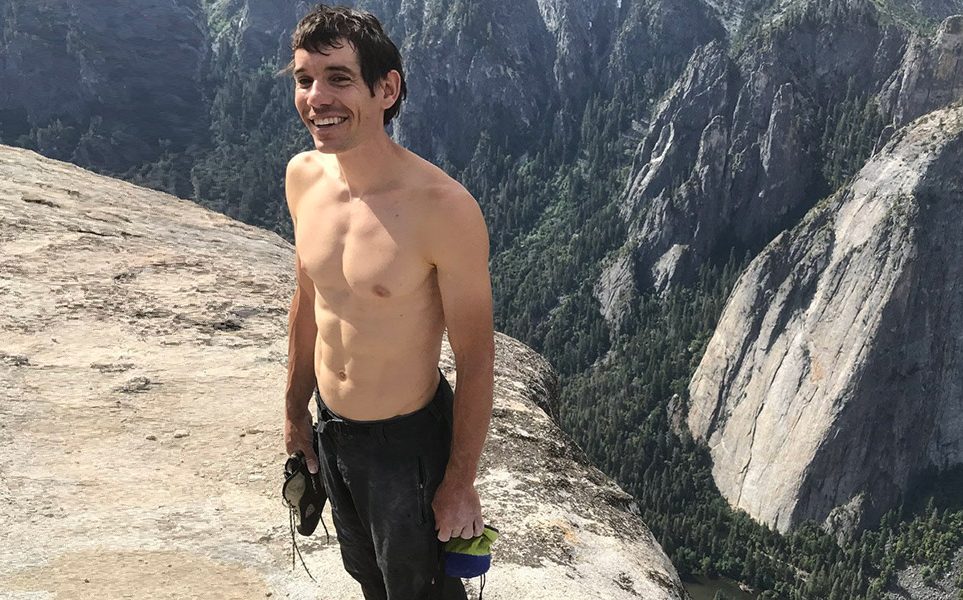 Truth is, the line between two-hour movie and two-hour television feature has always been fuzzy, and is getting more muddled by the day. Of all the categories, there has always been more overlap between Emmys and Oscars on the non-fiction side, because most two-hour docs are television productions anyway. There’s also some overlap between the much larger Television Academy documentary programming peer group, crammed with executives and producers from the likes of NatGeo, PBS, and HBO, who vote for Outstanding Special, the smaller jury that selects the Exceptional Merit nominees, and the 600-member Oscar doc branch, but it’s much easier to get into the 25,000-member Television Academy than tonier AMPAS, which, at 10,000 members, is more selective.

“If you get a job at any major media company,” said festival documentary programmer Thom Powers (TIFF, DOC NYC), “one of the first things they do is sign you up to be an Emmy voter and encourage you to vote for their slate of films.”

Over the years, Oscar winners such as “Taxi to the Dark Side” and “Free Solo” have scored the Academy Award for Best Documentary Feature at the start of the year before going on to collect Emmys as well. Laura Poitras’ “Citizenfour” followed up a 2015 Oscar win with an Exceptional Merit Emmy, while Ezra Edelman’s 2017 Oscar-winner “O.J.: Made in America” proceeded to land two Emmys. In 2015, Liz Garbus’ “What Happened, Miss Simone?” didn’t win the Oscar, but she did take home a Special Emmy instead, as did Matt Heinemann in 2016 when Oscar-nominee “Cartel Land” shared the Emmy Exceptional Merit win with “Jim: The James Foley Story.” 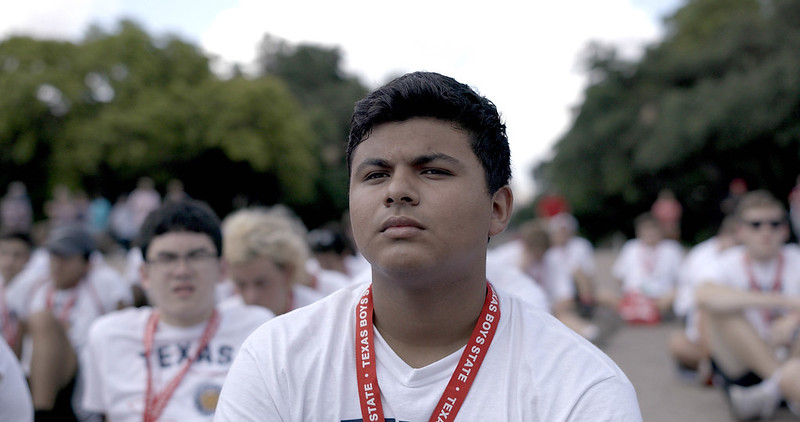 And while Brett Morgen was gobsmacked when his Jane Goodall biodoc “Jane” was overlooked for a 2018 nomination by the finicky Oscar documentary branch, the movie competed for an Emmy instead, alongside Oscar nominee “Strong Island.” In 2019, two Oscar nominees were in the Exceptional Merit running, “Hale County, This Morning, This Evening” and eventual winner “RBG.” And in 2020, the Emmy Exceptional Merit winner was also an Oscar nominee, “The Cave.”

So, if these races had followed today’s rules, “Taxi to the Dark Side,” “Free Solo,” Citizenfour,” “O.J.: Made in America,” “Cartel Land,” “What Happened, Miss Simone?,” “Hale County, This Morning, This Evening,” “RBG,” “Strong Island,” “Winter on Fire,” and “The Cave” would not be Emmy eligible. “If you’ve been nominated, just move over and let someone else have a shot,” said one New York Oscar campaigner, who’s happy to spread the wealth.

Following the lead set by “Jane,” some of the 10 shortlisted 2021 Oscar contenders and other also-rans are eligible to contend for Emmys, with plenty of campaign dollars already expended. Their distributors just have to figure out which bucket to compete in. 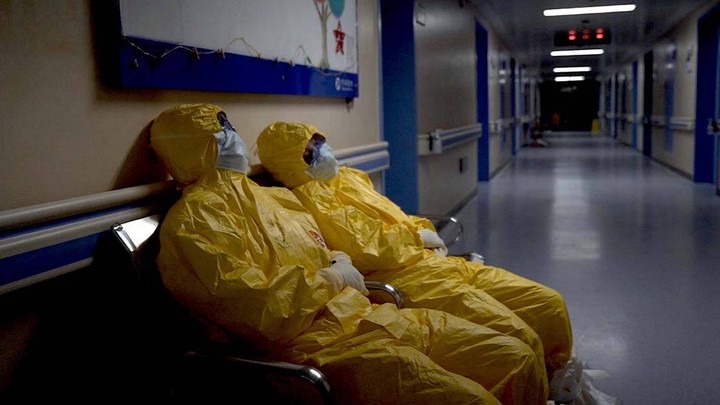 While the Oscar documentary branch has become more international (hence nominees “Collective,” “The Mole Agent,” and winner “My Octopus Teacher”), European films like Sony Pictures Classics’ DGA-winner “The Truffle Hunters” and Neon’s “Notturno,” “The Painter and the Thief,” and “Gunda,” have less chance with the Emmys (whether this year or next, depending on their release pattern) than Neon’s “Totally Under Control,” from Emmy perennial Gibney, which played in theaters and on Hulu. 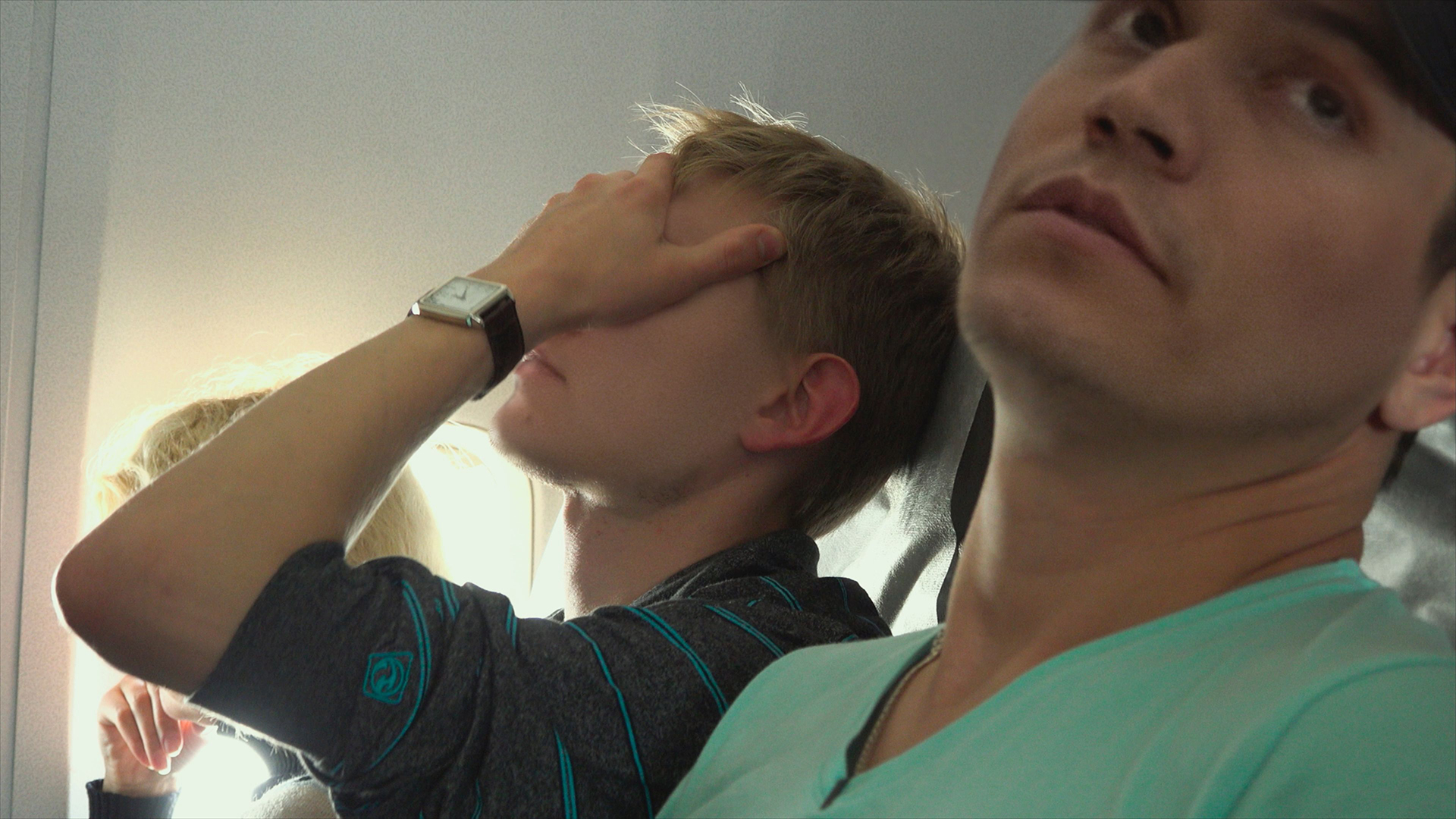 Movies about pop stars and cultural icons tend to do far better with the Emmys than the social action-leaning Oscars; thus HBO Documentaries is promoting music docs “Tina” and “The Bee Gees: How Can You Mend A Broken Heart,” as well as “The Crime of the Century” and “Show Biz Kids” in the Outstanding Documentary Special section, and more serious-minded “40 Years A Prisoner” and shortlisted “Welcome to Chechnya” in Exceptional Merit. Apple TV+ will push R. J. Cutler’s “Billie Eilish: The World’s a Little Blurry” for Exceptional Merit, and Oscar contender “Boys State” in Special. And Cutler also has Showtime’s “Belushi” in the mix.

And Netflix has hopes for Jeff Orlowski’s hugely popular “A Social Dilemma” for the more mainstream Special category, while Kirsten Johnson’s playful heart-tugger “Dick Johnson is Dead” will likely try for Exceptional Merit. Amazon is pushing “P!nk: All I Know So Far” and “The Boy from Medellin” in Special and Oscar shortlisted “All In: The Fight for Democracy” in Exceptional Merit, which also gains extra attention from its Peabody Award nomination, along with “76 Days” (Paramount+) and Netflix’s “Athlete A” and “Disclosure”; the Peabodys are announced before voting ends on Emmy Round One.

No matter what, with such a rich and varied field of titles, landing a nomination requires that voters feel compelled to watch the movie. It’s all about visibility. Said publicist Chris Libby: “You need widespread penetration on the part of the larger cultural dialogue to connect.”