Ten people were killed and at least 10 more injured in a mass shooting in Monterey Park, Calif., late Saturday, the Los Angeles County Sheriff’s Department said in a statement.

“Investigators are working every lead on this case,” Capt. Andrew Meyer from the Los Angeles Sheriff Department’s Homicide division told a news conference early Sunday, adding that they were reviewing CCTV footage from near the scene.

“We have 10 that are deceased at the scene,” he said, adding that he believed at least 10 people had been taken to hospital with “critical to stable injuries.”

Police and fire units could be seen swarming the area in video posted to social media. Others showed victims being transferred to ambulances. 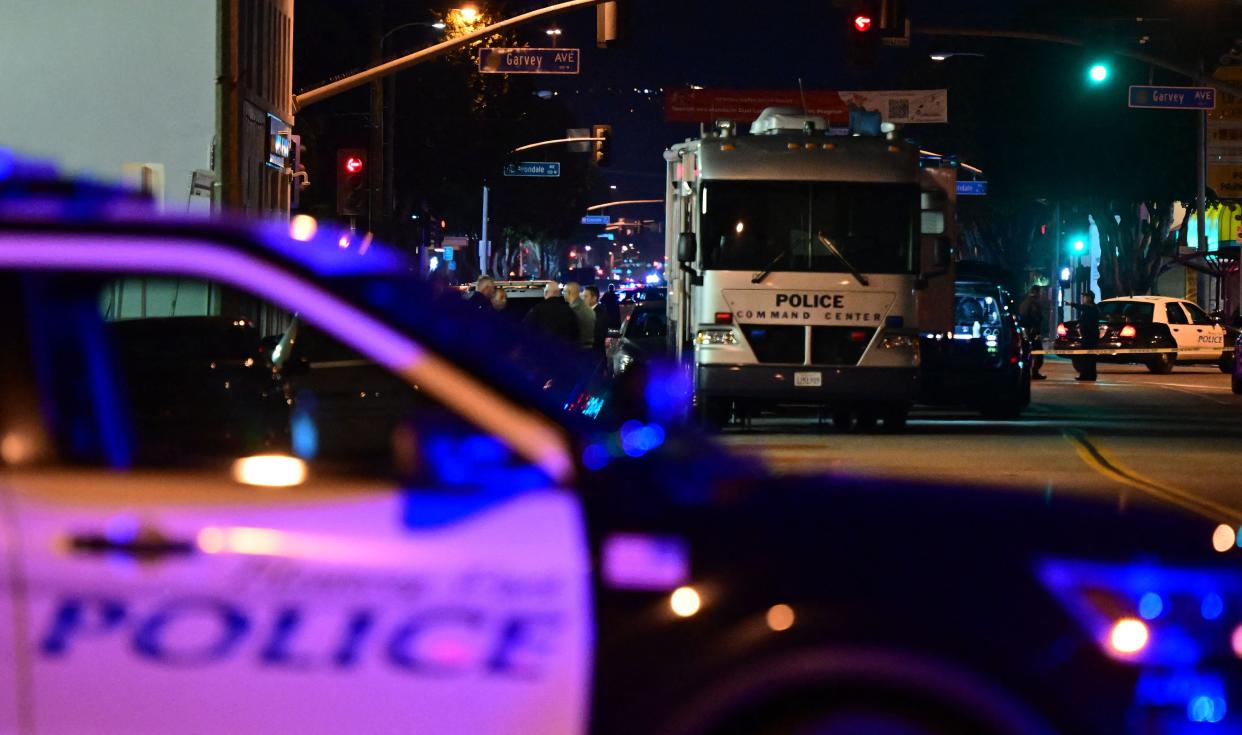 Sgt. Bob Boese of the Los Angeles County Sheriff’s Department told the Associated Press that the shooter is a male.

Meyer told the news conference that more information about the suspect would be provided once it became available.

“As far as the suspect knowing any of the victims, it’s too early the investigation to know that,” he said.

The shooting came after thousands of people had gathered for a Lunar New Year Festival in the small city around 10 miles east of Los Angeles of about 60,000 people with a large Asian population.

The two-day event features “food booths with various types of delectable items, amusement rides, and lots of live entertainment,” according to the city’s website.

The event was canceled Sunday.

This is a breaking news story. Please check back for updates.