Home » World News » A cow escaped from home and ended up stuck on a neighbor’s trampoline, and yes, there are pictures 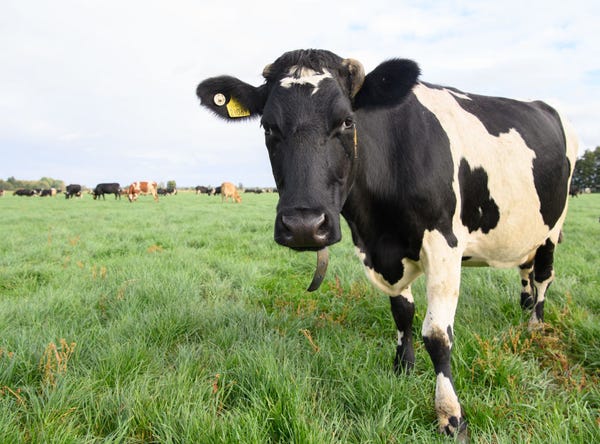 A herd of 40 cows went on the run in rural Victoria, Australia, in the middle of the night, according to News.com.au.

Most of the cows were rounded up when a truck driver knocked on the door at the nearest home, but some neighbors were woken up by the animals on the prowl in their yards, the outlet reported.

One local dairy farmer did a scan of her property and spotted one of the cows sitting on her in-ground trampoline, the outlet reported. The cow was unable to get off.

"I rang up the neighbor and said, 'Oh gee, sorry David, there's a cow stuck on the tramp. I'm not kidding you. It's really on the tramp',"  Kay Laing told 3AW on Thursday.

Ironically, Laing's dislike of cows is well-known by her neighbors. "I DO NOT like cows in my yard," she told 9 News Gippsland as several cows roamed behind her. It's something, she said, "everybody knows in the district."

The owner of the cows brought a tractor to her house to hoist the cow off the trampoline, she told 3AW.

"I would love to have seen her get on. I'm sure she must have been thinking, 'What the hell?'" Laing said.

She told 9 News she hopes the cows have learned a lesson. "Not on my tramp and certainly not in my yard!" she said.