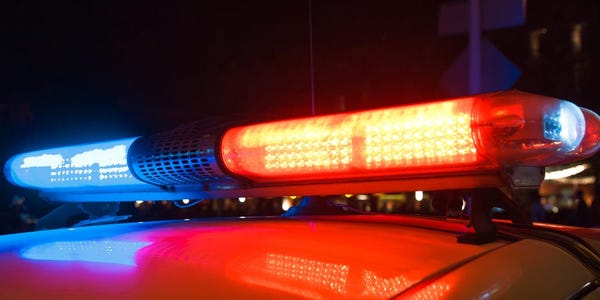 A 42-year-old man in Maryland has been sentenced to one year in jail after throwing a party for 50 people in violation of the state's COVID-19 guidelines, state prosecutors said.

According to a press release from the Charles County State's Attorney Office, Shawn Marshall Myers, threw the party at a home in Hughesville, Maryland, on March 22, a time when the novel coronavirus was spreading rapidly in many parts of the United States.

Prosecutors said Myers was initially let off with a warning after agreeing to disband the party, but was arrested on March 27, after police responded to another gathering at his home, in which more than 50 people were in attendance.

"Officers told Myers to disband the party, but again he was argumentative claiming he and his guests had the right to congregate. Beyond being argumentative, Myers directed his guests to stay in defiance of Governor Hogan's Orders and the officers' lawful orders to disband the party," the state's attorney's office said. "Officers tried to reason with Myers and obtain his cooperation to no avail. Myers was then apprehended."

Myers was later convicted on two counts of failing to comply with the state's emergency order.

He was sentenced on Friday to one year in jail, was was ordered to pay a $5,000 fine and spend three years on unsupervised probation.

Maryland declared a state of emergency on March 5 in response to the COVID-19 pandemic.

At the time of the parties, Maryland was experiencing a steady increase in COVID-19 cases.

The state has seen a total of 124,311 COVID-19 cases since the pandemic began. At least 3,802 people in Maryland have died from the virus.