Hollyoaks and Footballers’ Wives star Phina Oruche avoids speeding ban after saying she needs to drive her son, 14, to football practice because he will be ‘the next Cristiano Ronaldo’

An actress who starred in Hollyoaks and Footballers’ Wives avoided being disqualified from driving so she could drive her ‘gifted athlete’ son to football practice.

Phina Oruche, 52, was caught driving her blue Fiat 500 at 36mph and 37mph in a 30mph zone in south Liverpool at the start of the year.

The single mother told Wirral Magistrates Court she needs the car to drive her 14-year-old son to League two club Crewe Alexandra’s training ground in Cheshire – where he landed a two-year contract – 38 miles away from their family home in Liverpool.

Oruche admitted speeding and was given a £30 fine and £134 in costs and victim surcharge – but JPs accepted she would suffer ‘exceptional hardship’ if banned and allowed her to continue driving. 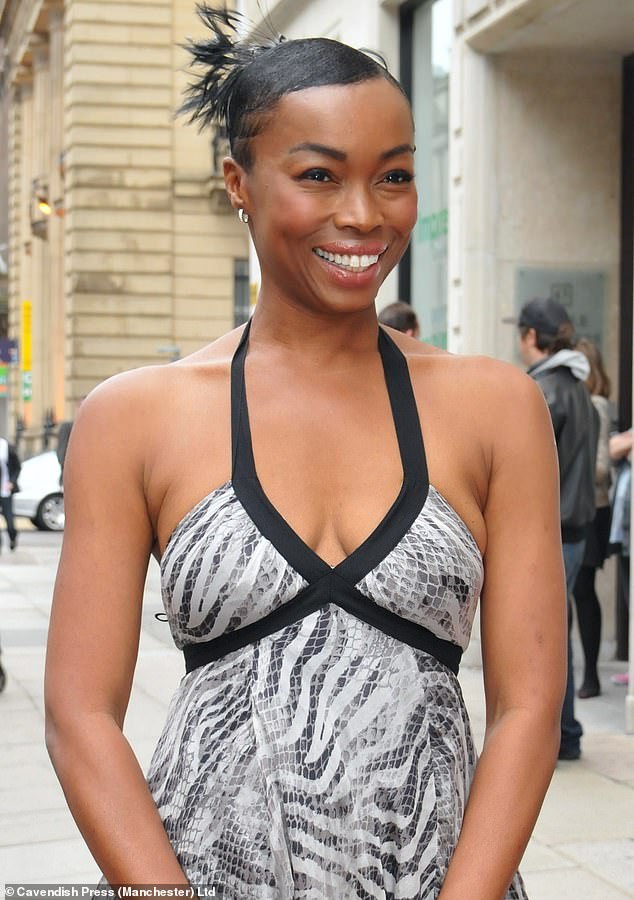 Phina Oruche (pictured in Liverpool in 2010), now 52, has avoided being disqualified from driving by claiming ‘exceptional hardship’ and the need to drive her son to football practice

The TV star, who played Gabby Sharpe in Channel 4’s Hollyoaks and supermodel Liberty Baker in ITV’s drama series Footballers’ Wives, said: ‘He would probably have to drop out if I was disqualified.

‘He would flatline. He wants to be the next Cristiano Ronaldo.

‘I have worked really hard to keep him focused and his passion is working out for him. It would seem a harsh step if he had to lose that.’ 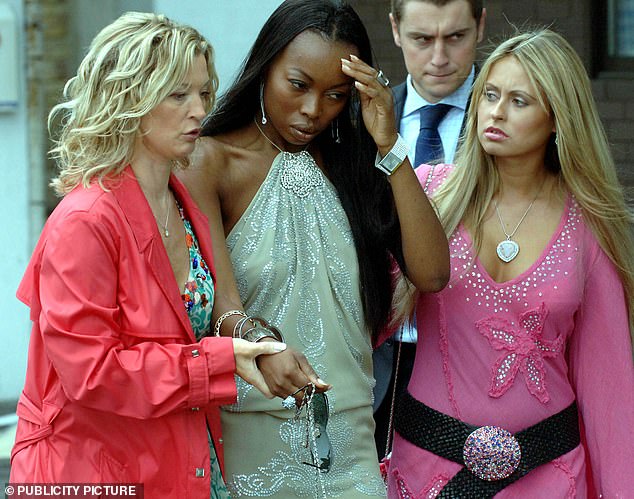 She said she didn’t want to see her son ‘punished’ on her behalf and that, at 14, she thinks he is too young to get the train.

Oruche already had nine points on her licence when she was caught speeding on Garston Way, Dock Road, south Liverpool on January 14 and then February 27 of this year.

She faced disqualification under the totting up procedure, after being caught by a speed camera.

The actress, who is also a children’s author and anti-racism campaigner, claimed she believed she was driving in a 40mph zone.

She said her son needed to train three or four times midweek and for away games at weekends, as far as Sussex, Brighton and Hove and Worcester.

‘He has worked hard since he was eight years old to get where he is. I do not have to have a car for me, but I need a car for my son.

What is the totting-up procedure?

‘I am not falling out of a car drunk or speeding on the highway. I absolutely accelerated at that light because I thought I could. I’m not speeding all around Liverpool.’

When asked if her son, who started playing with Everton FC, could take public transport, the former model said she didn’t want him to get distracted: ‘Even though he is a gifted athlete, he’s still a teenager and still needs his mum to make sure that is only playing football.

Answering questions from prosecutor Iain Jones, she said she couldn’t accompany him on public transport because of the cost and a problem with her back and added it wouldn’t be practical to ask another team member to help.

‘I need to keep my licence for my kid, for my boy, to keep him on track,’ she said.

‘He does not need to be punished because I was caught in a speed trap. I put my hands up, I will pay whatever I have to. I just do not want to lose it.

‘If I lose my licence he won’t be able to train. He is very passionate. He would probably fail at school on purpose because he would think that I did this to him.

‘You know what teenagers are like. It would be catastrophic in my humble opinion.

‘I can potter around and can make a life for myself, but if I am disqualified and he cannot go to his games, we are done.’

She said acting auditions are usually done online since covid and that she did her last three or four jobs ‘from her living room’.

Magistrates chairman Peter Ashworth accepted her plea of exceptional hardship, due to the risk to her son’s career and her own medical and mobility issues.

More motorists get caught speeding at the Garston Way, Dock Road junction than anywhere else in Merseyside, it has been reported.

Liverpool City Council said in February 2020 that a 30mph zone was extended beyond the junction which is believed to have caught many motorists out.