Elon Musk won't be testifying at Amber Heard and Johnny Depp's defamation trial, but he's getting a lot of air time this week. On Thursday, it was revealed that Musk most likely paid for part of Heard's donation, or lack thereof, to the America Civil Liberties Union (ACLU).

After Heard and Depp settled their divorce in 2016, she publicly vowed to split her $7 million sum between two charities: ACLU and Children's Hospital of Los Angeles (CHLA). The Aquaman star has stated on multiple occasions, including in U.K.'s high court in 2020, that she donated the settlement as promised. However, neither organization received the money in full.

Terence Dougherty, general counsel of the ACLU, testified in a video deposition that Heard has not donated her pledged $3.5 million to the organization. Only $1.3 million has been donated to date in Heard's name, which includes a donation from Depp himself. 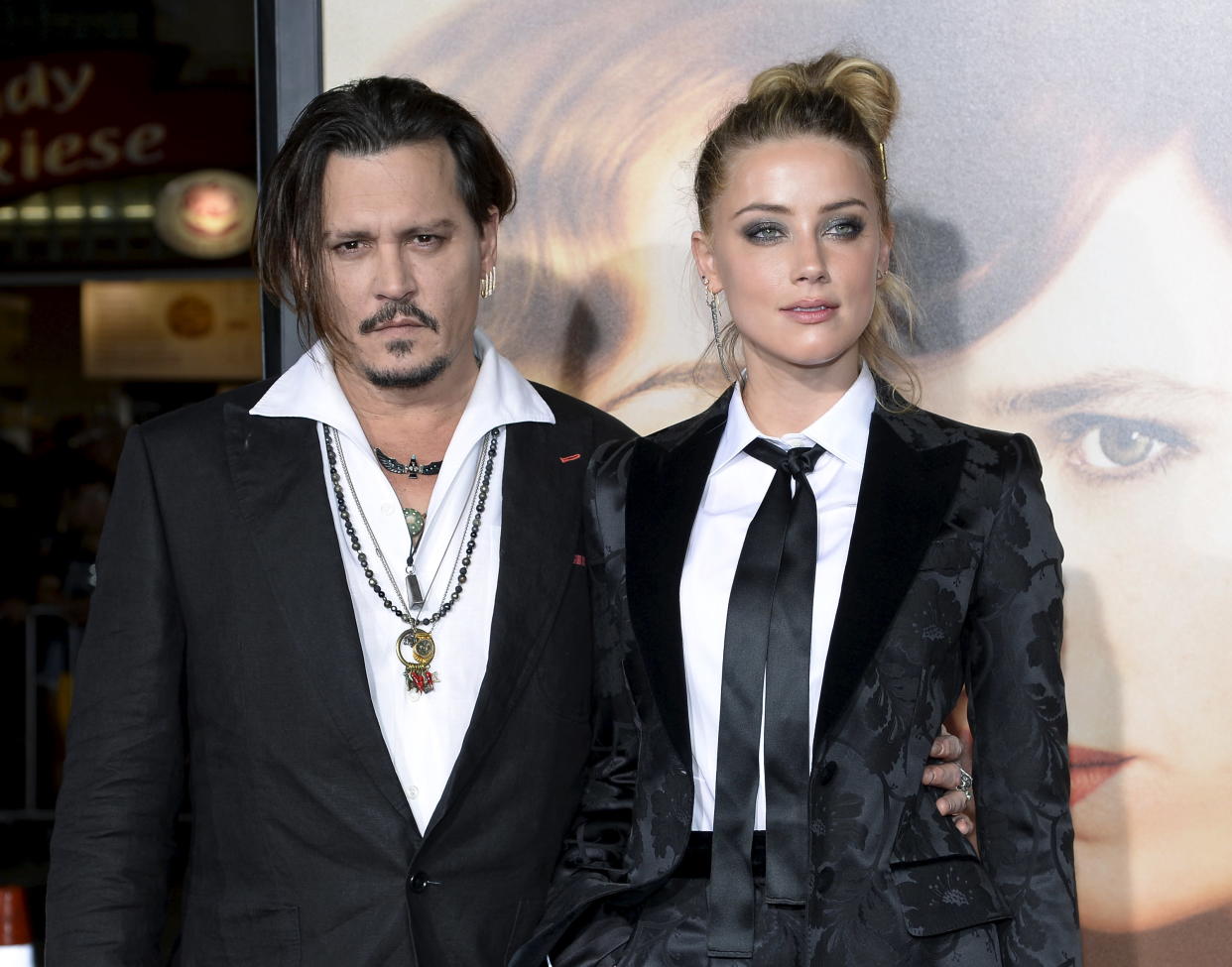 "She has not donated $3.5 million as of today to the ACLU, true?" Depp's lawyers asked.

Heard's payments to the ACLU were supposed to be in installments over a 10-year period, as Musk explained to the group in a 2016 email. When asked why Musk was "representing this on behalf of Ms. Heard," Dougherty said he thought it was because the Tesla CEO had a prior relationship with the organization. (Musk was also dating Heard at the time.) The last payment the ACLU received was in 2018 from the Fidelity fund. Then, the payments stopped coming. In 2019, the group reached out to Heard for her donation.

"We learned that she was having financial difficulties," Dougherty said.

Prior to the defamation trial, Depp scored a major victory when a judge ruled the ACLU had to turn over documents related to Heard's donations. Depp's lawyers say she lied about donating her divorce settlement during the U.K. libel trial, which he ultimately lost.

Depp is suing Heard for $50 million for a 2018 op-ed she wrote in the Washington Post about being a survivor of domestic abuse. Dougherty testified that the ACLU helped conceptualize, pitch and craft Heard's piece as she serves as an ACLU ambassador "for women's rights, with a focus on gender-based violence." Internal communication within the ACLU was read in court showing just how involved the group was with the op-ed.

When the ACLU approached Heard about writing an op-ed about gender-based violence, it was suggested she "interweave her personal story" into the article. ACLU staffers wanted to have "fire and rage" in the piece. Dougherty denied that was in reference specifically to Depp, but early drafts of the piece written by a former ACLU communications employee made references to Heard's relationship with Depp. Heard's attorneys advised them to remove "references to her marriage and divorce" as she signed a non-disclosure agreement with the divorce settlement.

Although Depp's name was not referenced in the Washington Post article ultimately published, many media outlets inferred she was talking about the Pirates of the Caribbean star — and that's at the center of the defamation case.

"Based on my review of prior drafts of the op-ed, I knew that she was referring to Johnny Depp and her marriage," Dougherty stated.

During cross-examination, Heard's attorney Elaine Bredhehoft emphasized how the actress pledged $3.5 million to ACLU and gave no indication she won't finish payments eventually. Dougherty said a pledge means that the amount is not necessarily paid all at once. As for Musk paying a portion of Heard's donation, Bredhehoft had Dougherty speak about how it's acceptable for another donor to assist in the payment of a pledge.

Musk was listed on Heard's potential witness list at the start of the trial, but the soon-to-be Twitter CEO's attorney, Alex Spiro, told Yahoo Entertainment his client will not testify.

MORE: Johnny Depp's testimony concludes, says "The only person I've abused in my life is myself"