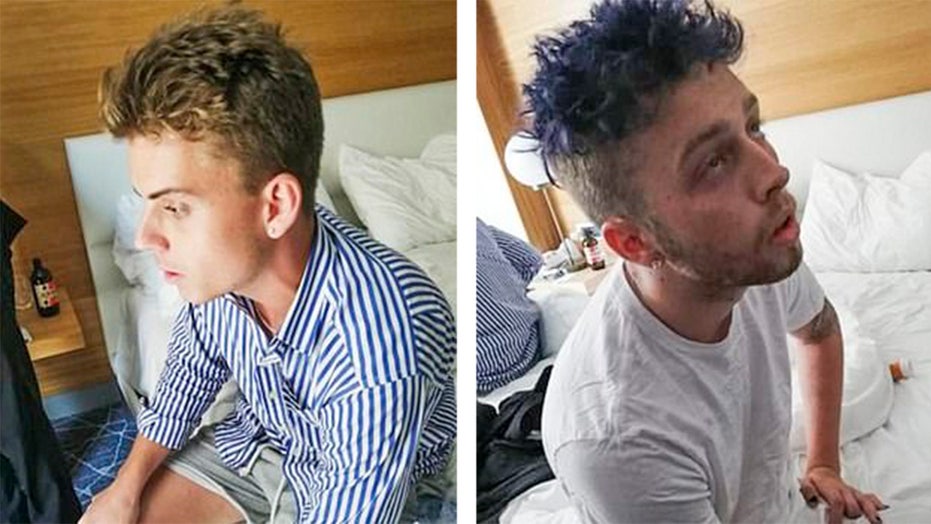 Two American teenagers have reportedly confessed to stabbing and killing an Italian police officer who was investigating the theft of a bag after a drug deal gone wrong in Rome.

Italian media reported that a detention order was issued for the suspects, identified as Gabriel Christian Natale Hjorth and Lee Elder Finnegan. They are said to have both been born in San Francisco in 2000. 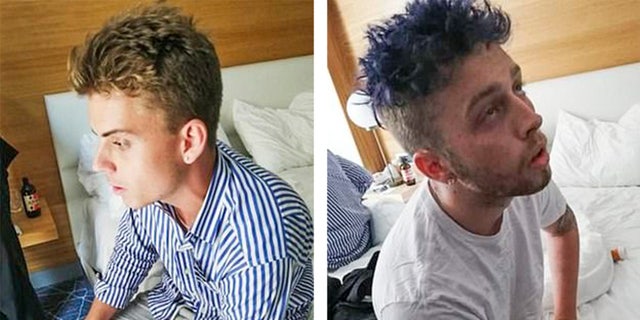 The two American teens – believed to be 19 – allegedly snatched a drug dealer’s bag with the phone and cash after he swindled them by giving them aspirin instead of the cocaine they sought, according to reports. The owner of the bag called his phone and one of the thieves allegedly offered to sell the bag back to him for 100 euros ($112).

After they agreed to meet for the exchange, the alleged drug dealer called police. 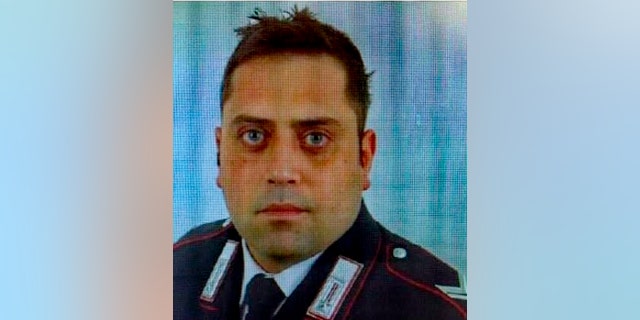 In this photo released by Carabinieri, is portrayed officer Mario Cerciello Rega, 35, who was stabbed to death in Rome early Friday, July 26, 2019. Italian police said Saturday that two 19-year-old American tourists have confessed to fatally stabbing the Italian paramilitary policeman who was investigating the theft of a bag with a cellphone.

Two plainclothes paramilitary police officers arrived at the scene of the meeting around 3 a.m.

During a scuffle, Rega – who had just returned from his honeymoon with his longtime sweetheart a few days prior – was stabbed 8 times. He died a short while later in hospital.

Prosecutors said that Finnegan is the main suspect, accusing him of fatally stabbing Rega. Meanwhile, Hjorth is accused of using his bare hands to strike the officer’s partner, who wasn’t seriously injured in the attack. 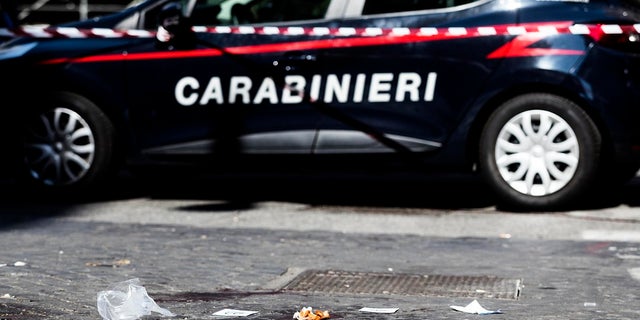 A car of the Italian Carabinieri, paramilitary police, is parked near a blood stain, the site where Carabiniere Vice Brigadier Mario Cerciello Rega was stabbed to death by a thief in Rome on Friday. (Angelo Carconi/ANSA Via AP)

The Carabinieri said video surveillance cameras and witnesses allowed them to quickly identify the two Americans and find them in a hotel near the scene of the slaying. Police said the pair were “ready to leave” Italy when they were found.

In their hotel room, police found a long knife – possibly the one used to attack Rega – hidden behind the panel in the room’s ceiling. Police also said they found clothes the two purportedly wore during the attack. 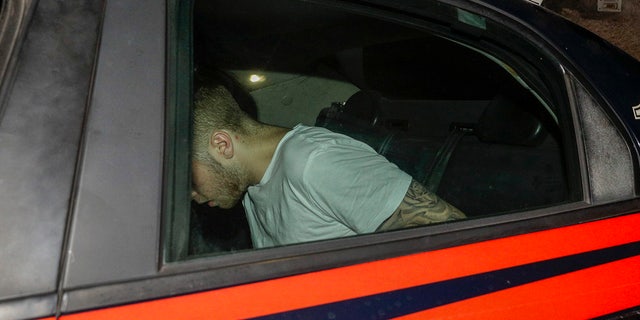 A man who was allegedly questioned in the case of a slain Carabinieri policeman is seen on a Carabinieri car as it leaves a police station, in Rome, early Saturday morning, July 27, 2019. A young American tourist has confessed to fatally stabbing an Italian paramilitary policeman who was investigating the theft of a bag and cellphone before dawn Friday, the Italian news agency ANSA and state radio reported. (AP Photo/Andrew Medichini)

The Carabinieri statement said the two Americans admitted responsibility after being questioned by prosecutors and faced with “hard evidence.”

"It was me, but I didn't think he was a policeman," Finnegan reportedly told investigators. "I was afraid of being cheated again."

Both suspects are also being investigated for attempted extortion.

Finnegan's lawyer, Francesco Codini, told the Associated Press that his client exercised his right not to respond to question during a detention hearing held Saturday in the Rome jail where the two teens are being kept. Hjorth's lawyer wasn't immediately available for comment. 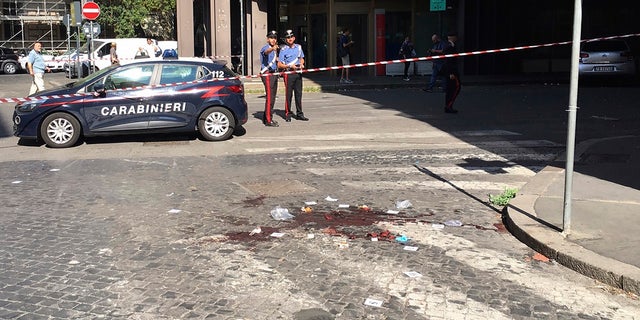 Two Italian Carabinieri, paramilitary police officers, stand near a blood stain, the site where their colleague, Carabiniere Vice Brigadier Mario Cerciello Rega, was stabbed to death by a thief in Rome. (Associated Press)

Rega was described as generous and kind by people who knew him He regularly escorted ailing people to a religious shrine in the town of Loreto, his station commander, Sandro Ottaviani, told reporters. His funeral will take place on Monday.

Authorities said the suspected drug dealer has not been caught.