In an outspoken and unabashed interview published in New York Magazine, the 67-year-old admitted she’d work with Allen again ‘in a second’ despite allegations reemerging that the filmmaker abused his daughter, Dylan O’Sullivan Farrow, when she was just seven.

‘Two states investigated him,’ Huston, who has worked on two films with Allen, noted. ‘And neither of them prosecuted him,’ she added – reaffirming that she’d jump at an opportunity to collaborate with him again.

Huston’s stance marks a stark contrast to other Hollywood stars, such as Greta Gerwig, Timothée Chalamet and Colin Firth, who have all recently voiced regret about working with Allen. 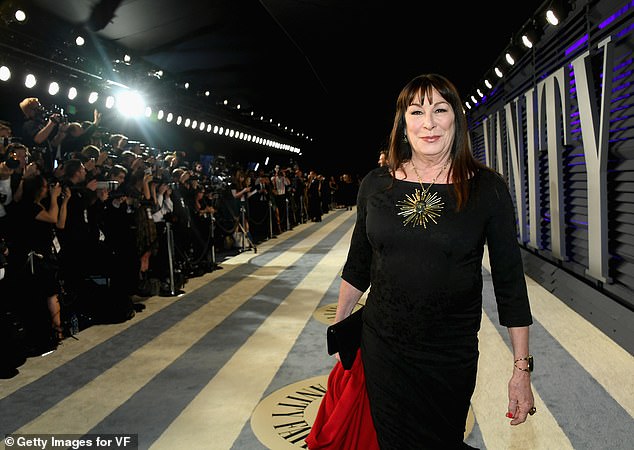 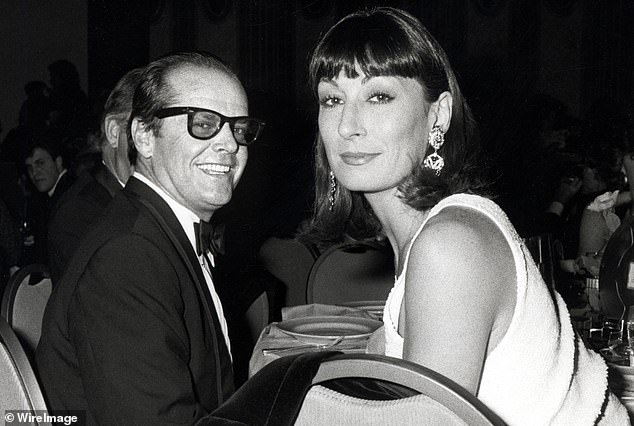 The Hollywood legend spoke candidly about her 17-year relationship with Jack Nicholson (pictured together in 1986), as well as controversially about her opinions on Woody Allen and roman Polanski

In the same vein of questioning, the Oscar-winner was also asked about director Roman Polanski’s 1977 sex abuse case, in which he raped a 13-year-old girl in the home of Jack Nicholson, who was Huston’s boyfriend at the time.

Present at the residence as the assault took place, Huston insisted Polanski’s actions were part of ‘a whole playboy movement’ and can’t be judged by today’s standards of sexual abuse because it was simply a different time.

‘It’s a story that could’ve happened in ten years before in England or France or Italy or Spain or Portugal, and no one would’ve heard anything about it,’ Huston said.

She added that that approaching underage girls was simply ‘de rigueur for most of the guys like Roman who had grown up with the European sensibility.

‘That’s how these guys enjoy their time,’ she claimed. 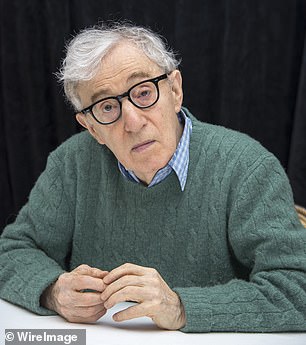 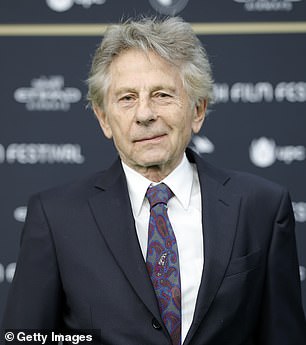 Huston jumped to the defense of maligned Hollywood figures Woody Allen (left) and Roman Polanski (right). Allen’s daughter reaffirmed in January that her father had sexually abused her in 1992, in incredible allegations. Polanski fled the US in 1977 after he raped a 13-year-old girl in Jack Nicholson’s home 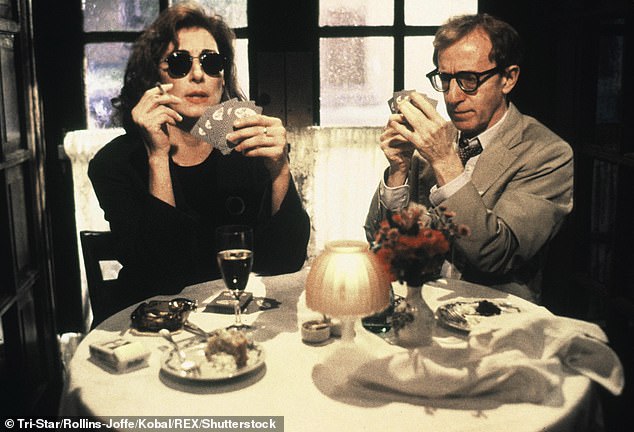 Huston admitted she’d work with Allen again ‘in a second’ despite allegations reemerging that the shamed filmmaker abused his daughter, Dylan O’Sullivan (pictured: Huston and Allen on the set of Manhattan Murder Mystery, 2003)

Polanski fled from the US in 1978 before he could be sentenced, shortly after accepting a plea bargain that reduced his charges from rape to unlawful sex with a minor.

‘My opinion is: He’s paid his price, and at the time that it happened it was kind of unprecedented. This was not an unusual situation.’

Similar to both Polanski and Allen, another once respected tinsel town figure to fall from grace in the era of #MeToo is actor Jeffrey Tambor, who starred alongside Huston on the show Transparent, before he was fired in 2018 following sexual assault allegations made by other cast members.

Again, Huston was quick to suggest the accused’s purported inappropriate actions may have been ‘misunderstood’.

‘Insofar as I was concerned, nobody did or said anything inappropriate … [Actors] have to feel as though we can say and do things that are not necessarily judged, particularly by the other people in the cast or crew.’

Huston, the daughter of acclaimed filmmaker John Huston, further stated that she ‘absolutely’ believes that what happens on set should stay on set, contrary to the message of the #MeToo movement. 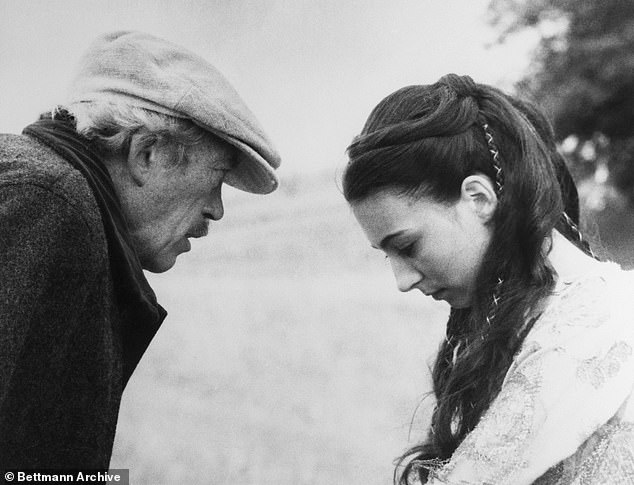 The daughter of acclaimed filmmaker John Huston, the pair were said to have shared a difficult relationship 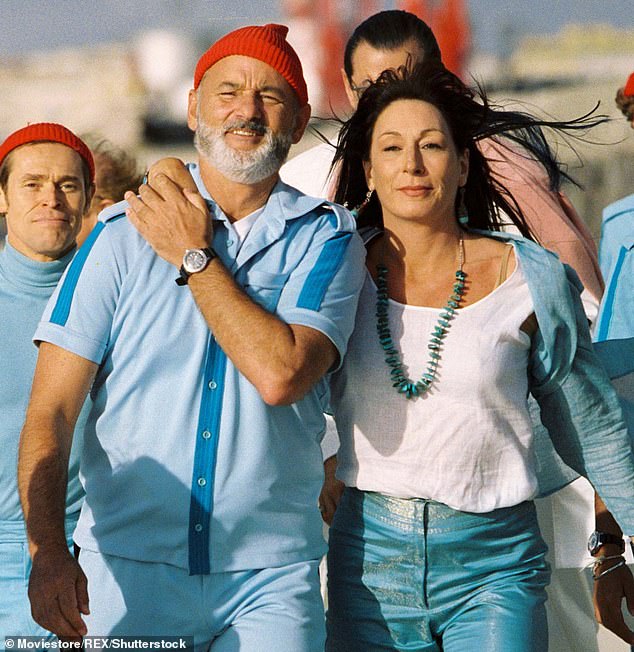 Huston described Bill Murray as a ‘sh*t’ following a clash on the set of Wes Anderson’s The Life Aquatic With Steve Zissou, in 2004 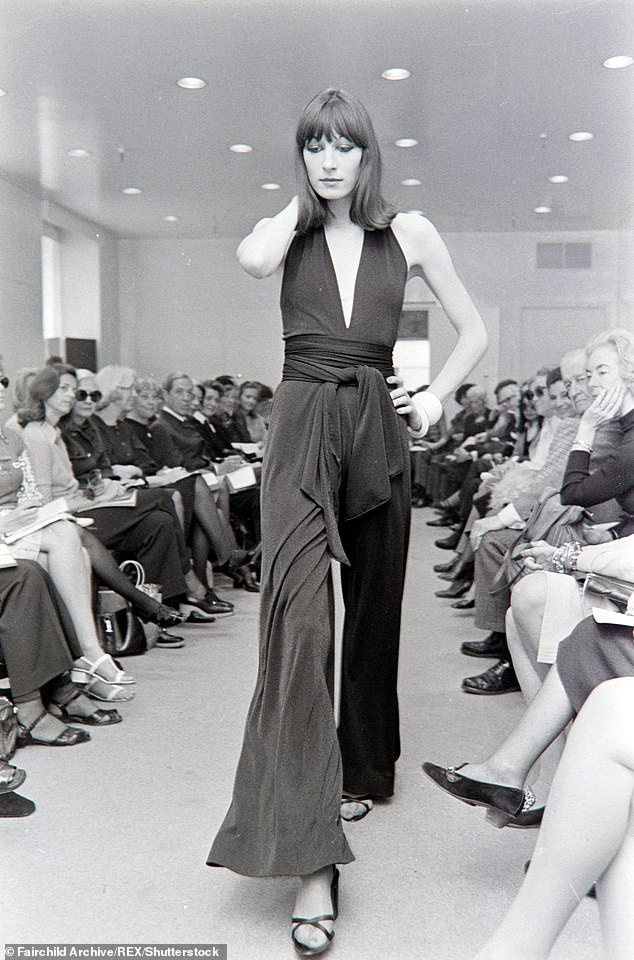 Huston (pictured modelling in 1972) further stated that she ‘absolutely’ believes that what happens on set should stay on set, in relation to allegations against actor Jeffrey Tambor

But despite stating willingness to pardon Polanski, Allen and Tambor for their reported past misdemeanors, Huston make it abundantly clear she isn’t one to forgive and forget very often.

In 2004, Huston starred alongside Bill Murray in Wes Anderson’s The Life Aquatic With Steve Zissou. But a failure to invite her out to dinner with the cast and crew gave birth to a now 15-year feud between the pair. 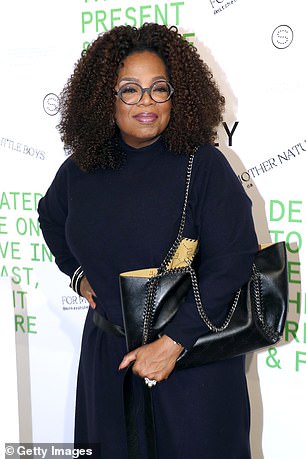 Huston believes Oprah Winfrey has held a silent grudge against her since 1986, when she beat her to a Best Supporting actress Oscar

‘He was a sh*t to me,’ Huston said of Murray. ‘The first week I was there, we were all in this little hotel, and he invited the entire cast to go and have dinner, except me.

The Adams Family actress said she was left feeling ‘really hurt’ by the incident, and made her feelings plainly clear to Murray the next time they came face-to-face on set.

Huston also said she has been embroiled in a ‘silent’ row with Oprah Winfrey, who has allegedly held a grudge against her since she beat the talk show host to a Best Supporting Actress Oscar in 1986.

She won the Academy Award for her role in Prizzi’s Honor, a film directed by her father, and starring alongside Nicholson.

‘The only encounter I’ve had with Oprah was when I was at a party for the Academy Awards, a private residence,’ Huston says.

‘I was talking to Clint Eastwood, and she literally came between us with her back to me.

‘So all of the sudden I was confronted with the back of Oprah’s head.’

When asked if she believes Oprah has snubbed her over the Oscar, Huston replied: ‘Well, nobody else would dislike me so much as to literally, physically come in between the person I was talking with that way.

‘But I admire Oprah. God knows, she’s made some big steps.’ 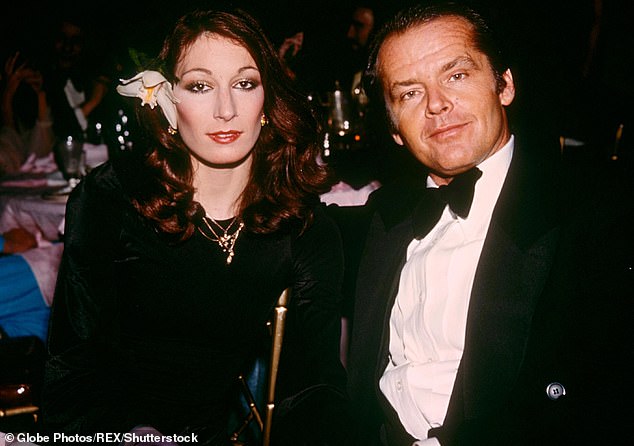 Huston also spoke candidly about her often combative relationship with her father, as well as her long-time partner Jack Nicholson, who she dated for 17-years.

Insisting she doesn’t regret a single second of the near two decade relationship – plagued largely by infidelity on Nicholson’s part – Huston did however express contempt at the fact that he ‘doesn’t call [her] enough’.

She also voiced disappointment at the ailing careers of Robert De Niro and Al Pacino.

Admitting she once idolized the two legends, Huston said she wish they’d followed Nicholson’s lead and stopped working all together.

‘You don’t want to see Jack…doing Meet the Fockers,’ Huston quipped. ‘I already get depressed if I see him in perfectly good Nancy Myers movies.

‘Pacino does some schlock. But in some way he’s forgiven, because he always goes out on a limb and does Salomé all by himself.

‘Pacino is more experimental, I think. But Bobby, I don’t know the last thing that I’ve seen him in that I thought, Wow, he’s really cracking it.’