Anthropologist believes another 'Homo' species could still be alive

Could a tribe of hobbits really be roaming the remote jungles of Indonesia? Standing 4ft tall with hairy bodies and big feet, Homo floresiensis were thought to be extinct – but a British anthropologist believes there’s evidence they are still alive

Deep inside a gaping mouth of mountainous limestone on Flores, a remote island in Indonesia, a team of scientists were meticulously excavating an ancient habitat in the Liang Bua cave, hidden in the humid jungle.

Their expectations were low; perhaps a few primitive tools would be uncovered.

Instead, what they found that day in 2003 would shatter long-held beliefs about human evolution and make headlines worldwide. 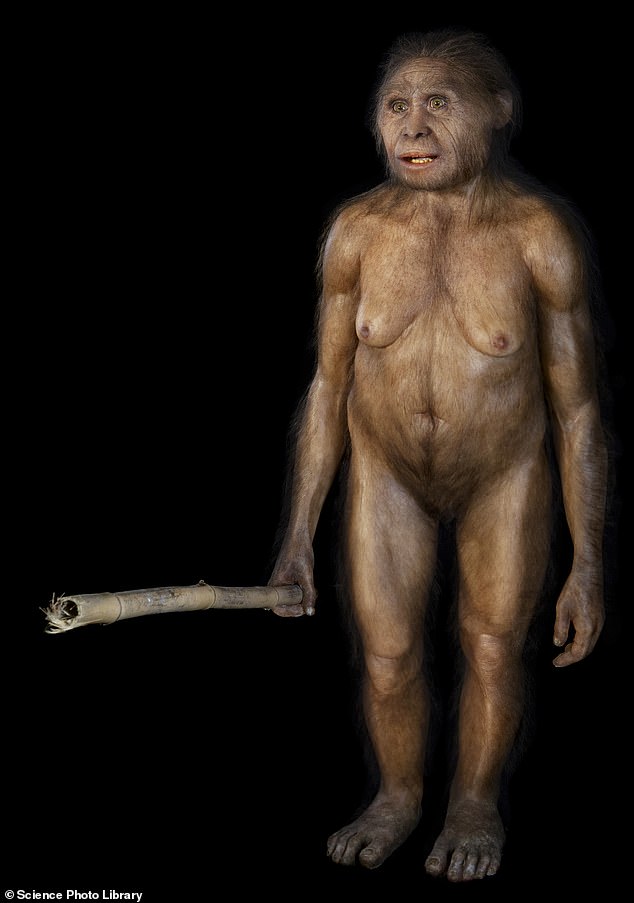 After gently prising a small skull from the earth, the team had come face to face with a new species of human.

‘I would have been less surprised if someone had uncovered an alien,’ said paleoanthropologist and team member Professor Peter Brown of the University of New England, Australia, at the time.

A partial female skeleton of a humanoid creature that stood less than 4ft high was exhumed and promptly named ‘the Hobbit’, after J.R.R. Tolkien’s diminutive creation. And, even more startling than the discovery of the human hobbit — it was given the scientific name Homo floresiensis — was the fact that it may well have co-existed alongside modern man, Homo sapiens.

Indeed, perhaps it still does. For, almost 20 years on, rumours that these hobbit people never died out and have continued living in Eastern Indonesia’s remote mountains for tens of thousands of years are gathering pace.

Dr Gregory Forth, a British professor of anthropology and former Oxford academic, has detailed his efforts — some of which pre-date the finding of the bones — trying to uncover the mystery of the human hobbit people. And he reveals there have been eye-witness sightings by more than 30 people, arguing that the hobbit people, whether direct descendants or a ‘cousin’ species, may still be alive today.

‘I conclude that the best way to explain what they told me is that a non-sapiens hominin has survived on Flores to the present or very recent times,’ Dr Forth wrote in The Scientist magazine earlier this month, ahead of the publication of his new book, Between Ape And Human.

It may sound as fanciful as the myth of Big Foot or the Loch Ness Monster, but the possibility of the human hobbit’s survival has never been fully discounted by scientists.

Indeed, reports from missionaries sent to Flores of ‘small ape-like humans’ stretch back as far as the 1920s.

In an exclusive interview, Dr Forth told the Mail this week how he first heard of their ‘existence’ in 1984 when he was carrying out field work on the island. 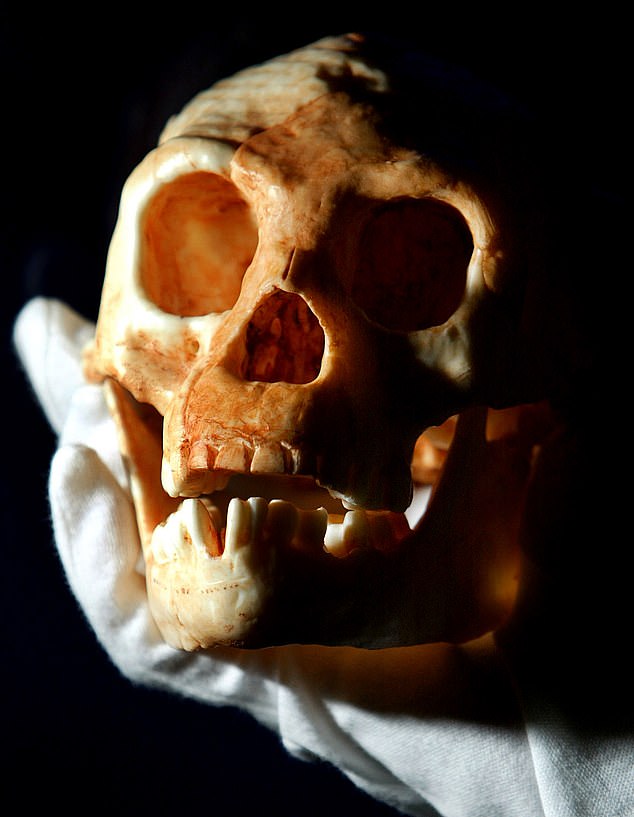 After gently prising a small skull from the earth, the team had come face to face with a new species of human

Then, in 2001, he visited the Lio people, an ancient tribe who live in isolated huts on Flores, thousands of metres above sea level.

It was here that Dr Forth, now 74, heard ‘even more fascinating stories about these creatures which … were occasionally sighted by local people high up in the mountains’.

The discovery of H. floresiensis in the Liang Bua cave two years later ‘knocked me for six’, he says — not least because it was consistent with the descriptions that villagers had been giving for decades.

Diminuitive, weighing around 5st and with large feet, the ‘hobbits’ walked upright, had humanoid faces and brains around one third of the size of modern humans.

Skeletal features related to chewing and walking clearly linked them to our own genus, Homo (which means human), and species, sapiens (meaning, wise).

Over time, many scientists have concluded that H. floresiensis were able to use tools and even make fire.

We — Homo sapiens — evolved around 200,000 years ago and it is known we co-existed for part of that time with other ‘homo’ species. H. neanderthalensis, which disappeared around 30,000 years ago, was believed to be the ‘youngest’ homo species relative to modern man.

The bones of 13 hobbit individuals eventually unearthed in the Liang Bua cave — the only site where such bones have ever been found — date the species as having probably evolved between 190,000 and 50,000 years ago, although the evolutionary picture is unclear. It is not yet known exactly when they disappeared (if, indeed, they did!) and over what time period they co-existed alongside modern man.

But if the human hobbits outlasted the Neanderthals then they would take the crown as the species of early man which existed in time closest to us.

Given that their ancestors were the same as our own — H. erectus, which stood nearly 6ft tall, with a large brain — their discovery also challenged the belief that hominin generally evolved to be taller and brainier.

We do not know how the hobbit people arrived on Flores, or where from, but one reason for their small stature could be the location itself.

Flores has been an island for at least a million years (compared with roughly 125,000 years for Britain). It is possible that because resources were scarce on the island, it made evolutionary sense for this homo species to be so small.

As the Mail’s then Science Editor, Michael Hanlon, wrote in 2004 of the discovery: ‘The sensational revelation [from Flores] … has awesome implications: no longer can we humans assume that we are unique.

‘We have clung to this over-simple view of where we came from for more than a century. But it now seems …the human family tree is branched and bushy, not a simple lineage.’

Now we have Dr Forth’s startling claim of anecdotal evidence at least to suggest that hobbit descendants may still be walking Planet Earth in the age of smart-phones, McDonald’s and self-driving cars.

The last sighting he recorded was in 2017, when a 40-year-old woman on Flores described how she’d seen an ape-man ‘crossing the field’. She said ‘it stopped and looked at her, but it didn’t appear threatening’.

One of the most vivid accounts was from a local man and woman who said they’d seen a hobbit 20 years ago as they were tending their vegetable plots.

‘The woman had a daughter, around seven or eight years old,’ says Dr Forth. ‘The daughter spotted this strange creature sitting just beyond the garden by a pile of rocks.

‘She was screaming, and a dog was barking at it. The man got there first, and the mother and girl were crying. All three of them saw it. But they didn’t stick around, they ran all the way home.’

Dr Forth is adamant that the separate accounts ‘all agreed on the particulars’, and that ‘[the witnesses] were anxious and frightened and broke into a sweat while talking to me; it was highly believable’.

In another account, detailed in his book, he describes a sighting on Flores in 2010 and tracked down several witnesses who came across the body of a ‘dead ape-man’ on their way back from church on May 24, Pentecost Monday.

One of them, called Tegu, ‘a man of 50 years who held a bachelor’s degree in agriculture’ from an institution in Bandung [the capital of West Java], described ‘a human face whose naked body was covered with fine hair … like a puppy’s’.

‘It could not, he confirmed, have possibly been a monkey, but he was equally sure it couldn’t have been a human,’ writes Dr Forth.

Another man, Wea, described a being with a face ‘like a monkey’s’ and head ‘almost the same as a human’s’.

The women present had been too frightened to fully explain what they saw and Keo, Tegu’s wife, told Dr Forth that ‘it is not usual to see such things, so I was afraid’.

‘Our initial instinct, I suspect, is to regard the extant ape-men of Flores as completely imaginary,’ Dr Forth wrote in The Scientist. ‘But, taking seriously what Lio people say, I’ve found no good reason to think so.’ 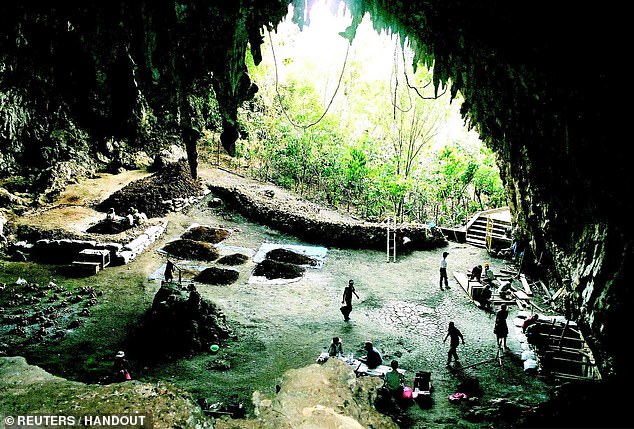 A team of scientists were meticulously excavating an ancient habitat in the Liang Bua cave, hidden in the humid jungle.

He says most people described the creatures as being just as afraid of humans as humans were of them.

For sceptical readers who suspect that all this might be wishful thinking on the part of an academic who has dedicated his life to the study of early humans, it should be made clear that Dr Forth is a well-respected scientist.

Nor is he a lone believer in the idea of hobbit people still roaming free.

‘In central Flores … we heard the most amazing tales of little hairy people whom they called ebu gogo: ebu meaning “grandmother” and gogo, “he who eats anything”,’ Dr Bert Roberts, a member of the team that unearthed the first hobbit skeleton, said in the months following the discovery.

He said locals described the ‘ebu gogo’ as ‘short, long-haired, pot-bellied … walking with a slightly awkward gait, and had longish arms and fingers. They murmured at each other and could repeat words parrot-fashion.’

He said that his colleague ‘had heard of these stories ten years ago and thought them no better than leprechaun stories — until we unearthed the hobbit’.

In 2017, a video clip surfaced of bikers in northern Sumatra chasing a tiny, naked man who scurries into the overgrowth. He was believed to be part of the Mante tribe, an ancient race of ‘hobbit-like’ people documented on the island for centuries.

The descriptions are consistent with those of H. floresiensis.

Other academics are, however, highly sceptical of the claims that another species of ‘Homo’ exists today. Dr Darren Naish, a palaeozoologist and former lecturer at Southampton University, says it is ‘difficult…to be confident’ that the sightings were ‘meaningful’. 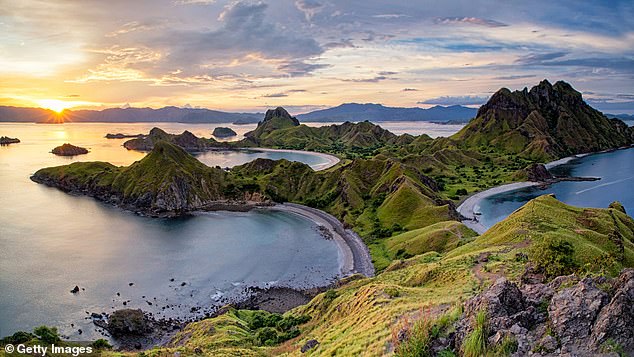 ‘The habitat is right, the eyewitness evidence is good, and there are known candidates from the fossil record that sound pretty similar to the creatures sometimes being described,’ he said. ‘But we still require solid biological samples … to demonstrate the reality of this animal.’

So are the modern-day sightings for real or are they an extension of folklore perpetuated by spiritual and deeply superstitious locals?

Dr Forth says he accounts for this in his book, disregarding any sightings deemed fantastical.

What about apes? The only monkey species on the island is the long-tailed macaque, which does not fit the tail-less descriptions shared by witnesses.

There is one tribe of pygmies on Flores, the Rampasasa people, but they intermingle freely with other humans, whereas the behaviour of the creatures reported by locals is much more clandestine.

New species of large mammals have been discovered in recent years, and Dr Forth says the existence of the modern-day hobbit is entirely ‘possible’ in his view.

‘I’ve presented the evidence and drawn the most reasonable conclusion. It’s the old Sherlock Holmes method. You take all the possibilities and exclude them one by one, based on the evidence, and the remaining one must be true, no matter how unlikely.’

The mountain caves of Eastern Indonesia’s remote islands are still uncharted territory so who can know what wonders they contain.

‘No field zoologist is yet looking for living specimens of H. Floresiensis,’ Dr Forth adds. ‘But this does not mean they cannot be found.’