An Asian medical professor accused of ‘playing the race card’ and sacked by the NHS trust he won a racism case against has revealed that he was forced to sell his home to pay his legal bills.

Professor Tanweer Ahmed, 55, said that he had ‘worked tirelessly for the NHS for over 16 years’ before he was unfairly dismissed from his £100,000-a-year role as a senior clinical director at the United Lincolnshire Hospitals NHS Trust.

The trust accused Dr Ahmed – a Muslim from a Pakistani background – of bullying, forcing him to fight off the accusations he branded ‘malicious’ and which a tribunal found were based ‘heavily on hearsay’.

He was dragged through an internal investigation and sacked in a disciplinary hearing after an NHS HR boss moaned he was ‘playing the race card’, which ‘disgusted’ Dr Ahmed.

He has hit out against former employer as he told MailOnline that the ‘extremely difficult and stressful time for me and my family’ led to his health suffering and he started taking antidepressants.

He said: ‘I am not sure if I will fully recover but I am glad I found very quickly a reasonable and respectable job. 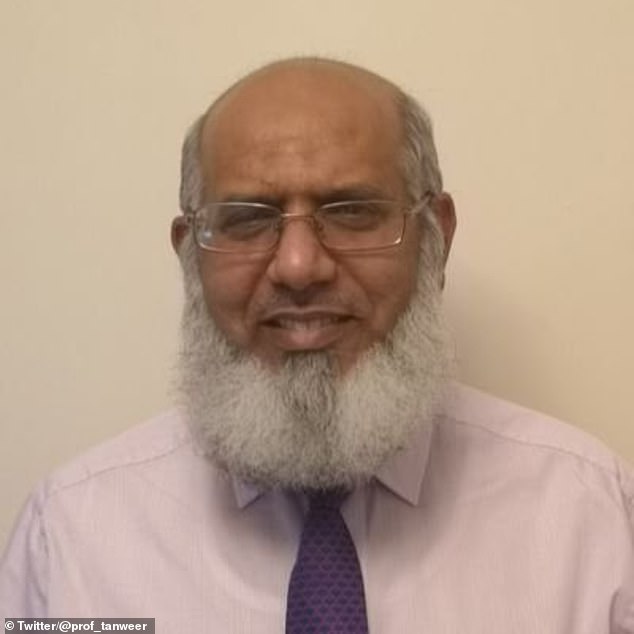 Professor Ahmed was unfairly sacked after he was accused of bullying a former colleague at the United Lincolnshire Hospitals NHS Trust. He successfully sued the trust for race discrimination, victimisation and unfair dismissal but said he ‘took no pleasure in bringing this case’ after being ‘pushed out from a job I loved’ 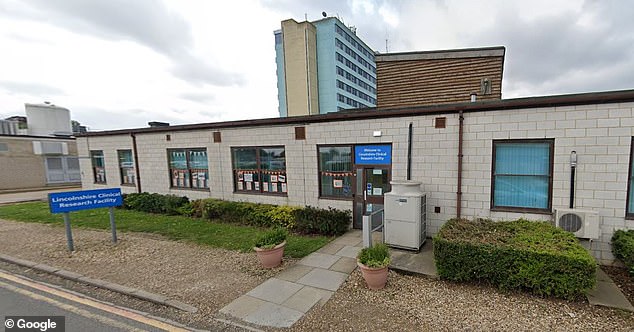 ‘This is not a game,’ Dr Ahmed told MailOnline.

‘It is my life – my livelihood – and the lives of so many other NHS staff who are too frightened to speak up against racial discrimination and victimisation.’

He successfully sued the trust for race discrimination, victimisation and unfair dismissal but said he ‘took no pleasure in bringing this case’ after being ‘pushed out from a job I loved’.

‘I was passionate about and dedicated to my work,’ Dr Ahmed said.

‘I was particularly proud to ensure that Lincolnshire patients living in rural areas could also receive the latest drugs and treatments which was not possible before.

‘This was made possible by my dedicated and hard-working team members. During my time, my department grew from 2-3 to around 60 staff members.’

He said he was ‘relieved’ that the judge agreed that he was racially discriminated against, victimised and unfairly dismissed by the trust and ruled that there was no contributory fault on his part for his sacking.

‘But I took no pleasure in bringing this case,’ the professor added.

‘I was pushed out from a job I loved. My health has suffered, I have had to take antidepressants to cope, and I was forced to sell my family home to pay for the legal proceedings.

‘I did so, because justice had to be done.’ 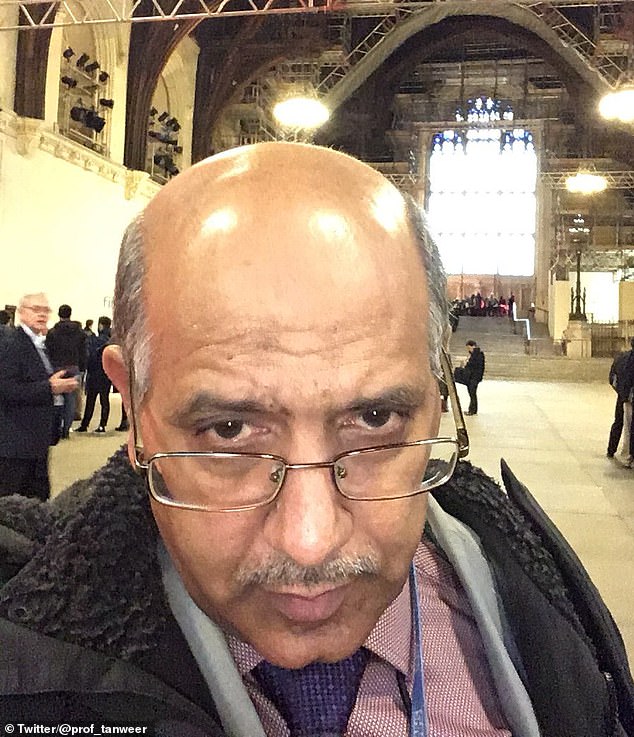 ‘I was pushed out from a job I loved, said Dr Ahmed. My health has suffered, I have had to take antidepressants to cope, and I was forced to sell my family home to pay for the legal proceedings. ‘I did so, because justice had to be done,’ he concluded

He added: ‘The NHS must treat all staff with respect and care.

‘The pandemic exposed how much ethnic minorities contribute to our NHS. It cannot be right that they should face this kind of discrimination and victimisation.

‘I was disgusted to see one manager suggest I would “play the race card”.’

Dr Ahmed thanked his former colleagues who were ‘courageous enough’ to support him publically but slammed the Lincolnshire NHS trust for its ‘extensive use of public funds in fighting this case’.

He added: ‘I hope that the Trust will learn from this and treat staff with respect in future.’

There were ‘so many flaws’ in the way the NHS Trust investigated and sacked Prof Ahmed, Employment Judge Victoria Butler ruled.

She said the disciplinary hearing ‘set up’ in a way to reach their ‘forgone conclusion’, that he had bullied his colleagues.

Prof Ahmed joined the Trust in 2003 as its Director of Lincoln Clinical Research Facility, Director of Research Innovation, and was also the chair of the BAME staff network.

The tribunal heard that in June 2018, researcher Helen Ayre, who worked under Prof Ahmed, made allegations claiming he bullied her and others, made inappropriate comments, and didn’t follow the Trust procedures.

She was being performance managed by Prof Ahmed forissues including alleged lateness before resigning in March 2018.

Ms Ayre’s allegations ‘relied heavily on hearsay’ from other colleagues who no longer worked at the Trust and her allegations dated back years, it was heard.

She claimed Prof Ahmed had joked during a meeting: ‘I’ve told Helen she’s not allowed to get pregnant.’ 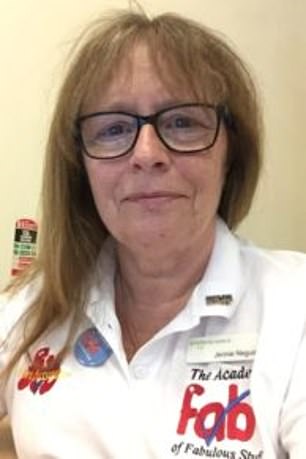 Jennie Negus, former deputy head nurse and current head of patient care at the trust, ran the investigation into Dr Ahmed which a judge slammed as having ‘so many flaws’

The tribunal, held in Nottingham, was told an investigation by Jennie Negus, then deputy chief nurse and now head of patient experience, only began in early 2019, nearly a year later.

The panel heard: ‘Most of the allegations were historical, none of the management witnesses remained in [Prof Ahmed’s] department and some of the witnesses interviewed as part of the investigation had left [his] department five to ten years before the complaint was made.’

When he was interviewed in February 2019, Prof Ahmed claimed Ms Ayre’s complaint was retaliatory because of performance issues and said he felt they were being pursued because of his race.

A tribunal report said: ‘He also said that he did not understand why he was being investigated and suggested it was because he was BAME and “the white person being harsh”.

‘Ms Negus responded by saying that she thought it was an inappropriate comment for him to make.’

In her investigation report, Ms Negus did not recommend disciplinary action and Prof Ahmed’s line manager Dr Neil Hepburn agreed that a development plan was an appropriate response.

However, HR director Martin Rayson directed that the matter proceed to a disciplinary hearing and the tribunal heard he was not asked to explain his decision.

Prof Ahmed had pointed out a hospital staff survey which found 80 per cent of ethnic minority and 40 per cent of Muslim staff felt discriminated against at work.

In an email to Dr Hepburn, Mr Rayson said: ‘Tanweer will play the race card I suspect. His reference to the staff survey results… are irrelevant in this case.

‘It is a matter of concern but has no bearing on this investigation into complaints about the way a manager has dealt with his staff.

‘We should point him in the direction of the broader staff survey results which (unfortunately) show that the perception of bullying and harassment extends beyond the BME group.’

In May 2019, Prof Ahmed went off sick with stress and then raised a whistleblowing complaint alleging discrimination and ethnic minority staff more generally.

He was sacked during a disciplinary hearing – despite Simone Seychel, who worked closely with him, describing the allegations as ‘laughable’.

The judge noted that despite trust CEO Simon Evans finding this word offensive, a trust representative laughed when it was relayed in the tribunal.

Prof Ahmed had 16 years service and an unblemished record for gross misconduct.

The employment tribunal ruled there were ‘glaring flaws’ in the Trust reaching the conclusion to fire him and found it had failed to adequately explain how it reached this decision. 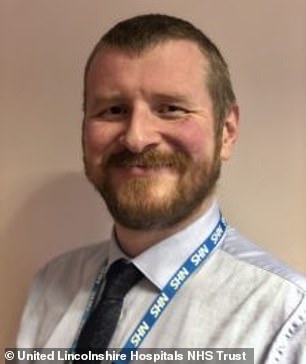 Trust CEO Simon Evans cut off Prof Ahmed’s representative during the disciplinary hearing, saying: ‘All you are doing is criticising the panel you have 10 minutes left.’

Employment Judge Butler concluded: ‘The format of the disciplinary hearing was set up in such a way that indicates [the Trust] had already formed the view that the management witnesses were telling the truth.

‘The playing field was far from even and we draw an adverse inference from this.’

During the hearing Prof Ahmed’s representative was banned from looking at the witnesses, and halfway through making his case the trust CEO Mr Evans said: ‘All you are doing is criticising the panel you have 10 minutes left.’

Investigator Ms Negus however, coached witnesses she brought to the hearing and was allowed to make a full submission.

She added: ‘We would have expected Mr Rayson to explain why the decision to direct a disciplinary hearing was not related to race.

‘However, there is no explanation for the leap between the findings of the investigation report to the calling of a disciplinary hearing.

‘Given this, we cannot conclude that race was not a factor in the decision to call [Prof Ahmed] to a disciplinary hearing in the first place.

‘Furthermore, we would have expected Mr Rayson to explain why [Prof Ahmed’s] accusation of racism escalated into a row and why he used the phrase “play the race card”.’ 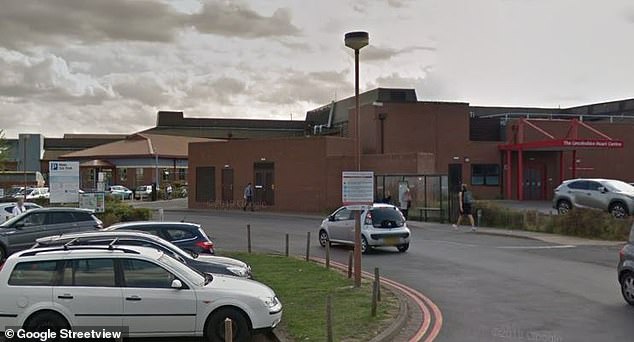 Prof Ahmed had 16 years service and an unblemished record for gross misconduct. Pictured: Lincoln Hospital which is run by the United Lincolnshire Hospitals NHS Trust

A remedy hearing to determine compensation will be held in due course.

A spokesperson for the United Lincolnshire Hospitals NHS Trust told MailOnline: ‘We have received the judgement of the employment tribunal panel, and are taking time to fully consider it and any learning we might take.

‘As an organisation, we take a zero-tolerance approach to discriminatory behaviour of any kind.

‘We have recently launched a new organisational strategy and campaign which demonstrates just how seriously we take this issue on behalf of our staff and patients.’