“From where I sit, I want to see a deeper investigation into whether or not these shootings and other similar crimes are racially motivated,” Duckworth, who is one of only two Asian-Americans currently serving in the US Senate, told CBS Face the Nation.

“It looks racially motivated to me,” she said, adding the caveat that she is not a police officer or personally investigating the crimes. 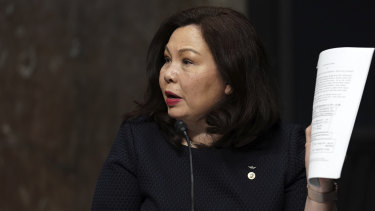 Duckworth’s view comes as a new poll shows, one in four Americans, including nearly half of Asian Americans, in have seen someone blame Asian people for the coronavirus epidemic.

Police in Atlanta are still investigating the motive in connection with the fatal shooting of eight people, six of whom were Asian women, on Tuesday. The Federal Bureau of Investigation is assisting with the investigation.

In an interview with NPR last week, Wray said that it “does not appear” that race factored into the mass shooting. 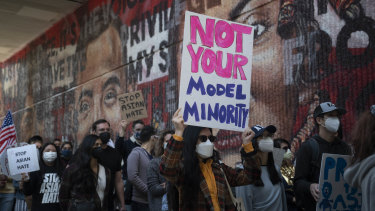 “We all know hate when we see it,” he said. “It is tragic that we’ve been visited by this kind of violence yet again.”

The shootings have stoked fears among those in the Asian-American Pacific Islander community, which has reported a spike in hate crimes since March 2020 when then-President Donald Trump began referring to COVID-19 as the “China virus.”

Suspected gunman Robert Aaron Long, a 21-year-old Atlanta-area resident who is white, told police that sexual frustration led him to commit the violence.

Cherokee County Sheriff’s Office Captain Jay Baker, who told the media in a press conference that a sexual addiction may have fuelled the crime and said Long had had “a really bad day,” has since come under criticism from political leaders and civil rights advocates for making insensitive comments. They noted such remarks only fuel stigmas about race, gender and sex work.

The sheriff’s office later acknowledged the remarks had sparked anger, but said Baker never intended to offend anyone. Baker is no longer serving as a spokesman for the case.

The incidence of hate crimes against Asian-Americans rose by 149 per cent in 2020 in 16 major cities compared with 2019, according to the Centre for the Study of Hate and Extremism.

Duckworth is among a growing number of Asian-American lawmakers who have urged law enforcement to more carefully examine the escalating violence.

“It looks to me that he knew he was going to places where disproportionately the people he shot up would be Asians, and female, and I think the investigators need to really look at these facts,” Representative Ted Lieu, a member of the House Judiciary Committee, told CNN last week, referring to Long. 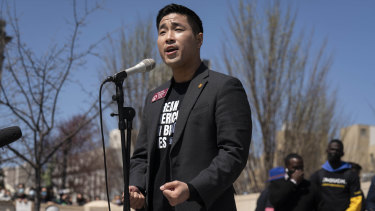 The nationwide survey was taken Thursday and Friday, in the wake of last week’s mass shooting in Georgia of eight people, six of them women of Asian descent. Reports across the country of physical assaults and verbal abuse against Asian Americans have spiked during the yearlong pandemic.

“My friend went to the supermarket and got bullied,” said Pong Rattanakosum, 45, a health care worker from Los Angeles and an American of Thai descent who was polled. When he heard about the shooting in Georgia, “I felt, like, anger, and also anxious,” he said in a follow-up interview.

While a 57 per cent majority of Americans describe the coronavirus pandemic as a natural disaster, 43 per cent say they believe a particular organisation or people is responsible. In response to an open-ended question, most in that group specified China, comprising nearly 1 in 4 of the total survey.

The online poll of 1195 adults has a credibility interval of plus or minus 3.2 percentage points. 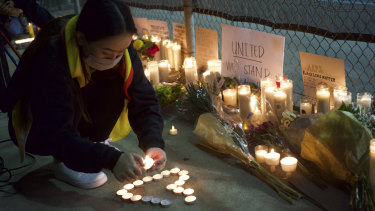 “China released it, so the buck has to stop there,” said Joanne Von Prisk, 78, a retired customer service manager from Sun City, Arizona, who is white. “I don’t know … that it was accidental or it was intentional,” she added.

“It should have been contained and dealt with there.”

There were sharp partisan differences in perceptions.