‘A lot of anger and disappointment’ in Queensland after positive case

Dr Bruce Willett, from Queensland’s Royal Australian College of General Practitioners, was speaking on the Today show a short while ago.

He said there was a “a lot of anger and disappointment” in his home state after it was revealed a woman recently drove from Melbourne to Queensland despite the sunshine state imposing a hard border with Greater Melbourne. 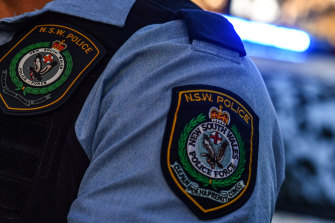 A woman was shot dead near Newcastle on WednesdayCredit:Sam Mooy

We’ll have more on this developing story shortly.

In overseas news, there’s been some back-and-forth over whether the Queen was consulted prior to the Duke and Duchess of Sussex naming their baby daughter Lilibet.

The BBC’s royal correspondent, Jonny Dymond, has reported that Queen Elizabeth II was not asked permission to use her childhood name and that none had been granted. His story was attributed to a royal source. Harry and Meghan’s lawyers have since written to the BBC, arguing the claims are false and defamatory.

An editor at Harpers Bazaar then had this to say: “A Sussex source says that the Queen was the first family Harry called after Lilibet’s birth and during that conversation, he shared the couple’s hope of naming their daughter in her honour. Had she not been supportive, they would not have used the name.

“Perhaps this report highlights just how far removed aides within the institution … now are from the Sussexes’ private matters.”

Today’s headlines at a glance

Good morning and thanks for joining us. It’s Thursday, June 10. I’m Broede Carmody.

Once again there’s lots of news around. Let’s jump straight in. Here’s what you need to know: