'Beautiful and kind' mother-of-two, 23, dies suddenly in her sleep

‘Beautiful and kind’ mother-of-two, 23, dies suddenly in her sleep a month after giving birth to her second child and appearing ‘as normal as can be’ just hours earlier

A mother-of-two has died suddenly in her sleep just one month after giving birth to her daughter.

Amelia Smith, 23, was found dead in bed by partner Tom Mooney, 25, who said the night before she had been ‘as normal as can be’.

Ms Smith’s cause of death is not yet known and Mr Mooney said her death has left everyone heartbroken. 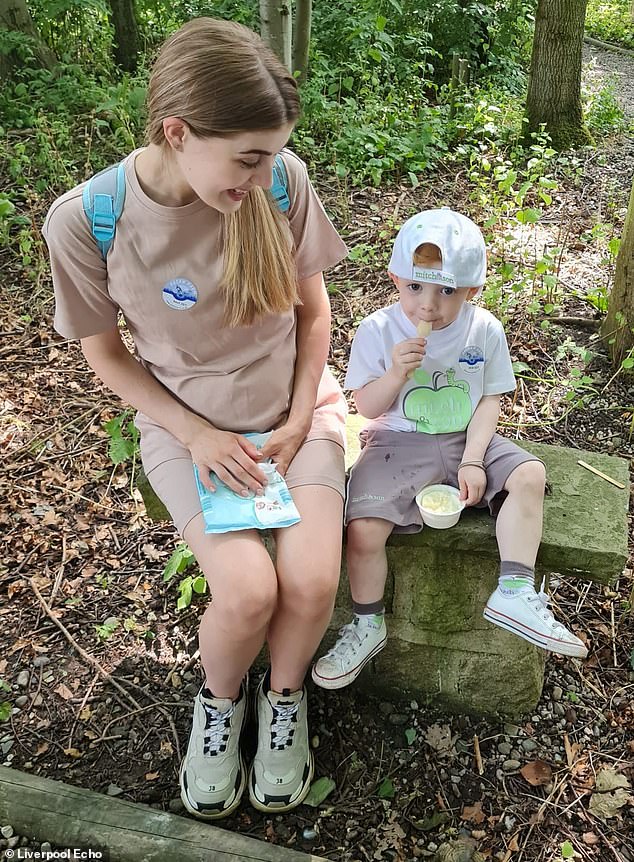 Amelia Smith, 23, with her son Lucas, two. She died suddenly in her sleep just one month after giving birth to her daughter

The pair had gone out for a meal on Saturday, November 13, the night before her death.

Mr Mooney said: ‘We went out on Saturday [November 13] for food, watched a film, went to bed at 11.30pm, everything was normal, and then obviously this has happened.

‘She went in her sleep, so it was peaceful.

‘She had her hair done the day before, her eyelashes, her brows and her nails, so she must have known people were coming to see her.’ 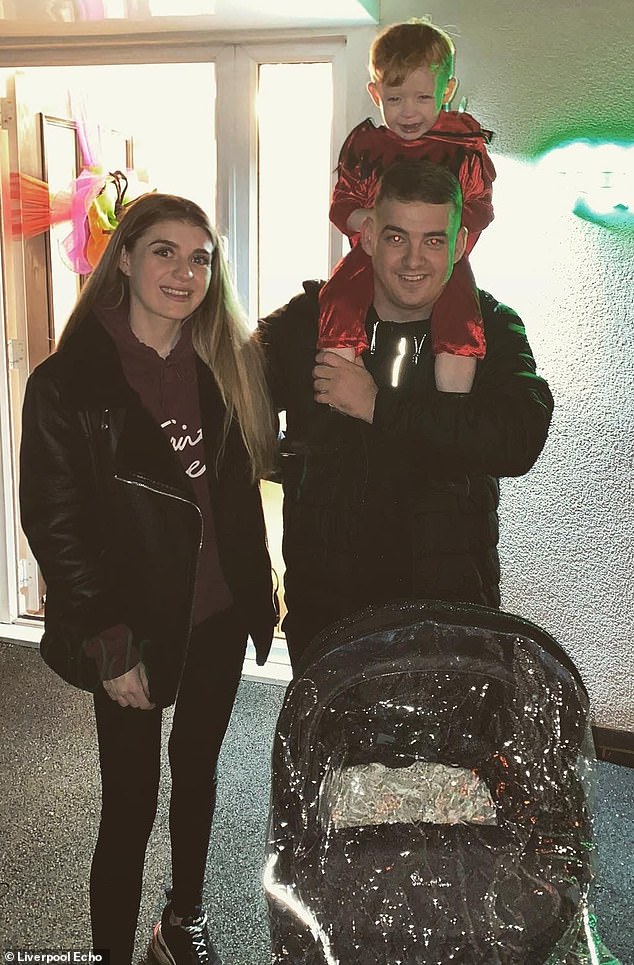 Ms Smith with her partner Tom Mooney, 25, Lucas and baby Poppy on Halloween

He told the Liverpool Echo that Ms Smith fed the baby 4am and then went back to sleep.

He added: ‘I woke up at 6.30am with the two kids, brought them downstairs and at 8.45am I went back upstairs, and she was just lying there.

‘So whatever has happened in those few hours I don’t know. But we are still waiting to hear back from the coroner.’

The beautician from Kirkby, Merseyside, gave birth to the couple’s daughter Poppy on October 1, at Liverpool Women’s Hospital.

A Gofundme page has been set up for the young mother which has now raised nearly £9,000 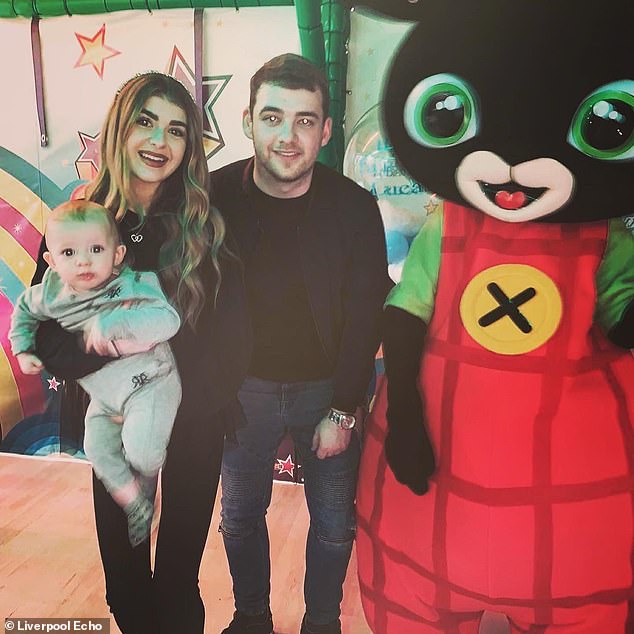 Ms Smith with her son Lucas, two and Mr Mooney. The pair had gone out for a meal on Saturday, November 13, the night before her death

According to Mr Mooney, she had been admitted to hospital three months before Poppy was born for low potassium levels which she was put on a drip for and given tablets for.

He added: ‘She has two kids now that she hasn’t got to see grow up.

‘She was like the glue that held us all together, she did everything.

‘I am trying to keep a brave face for everyone, but it is hard, and I am struggling, badly struggling. 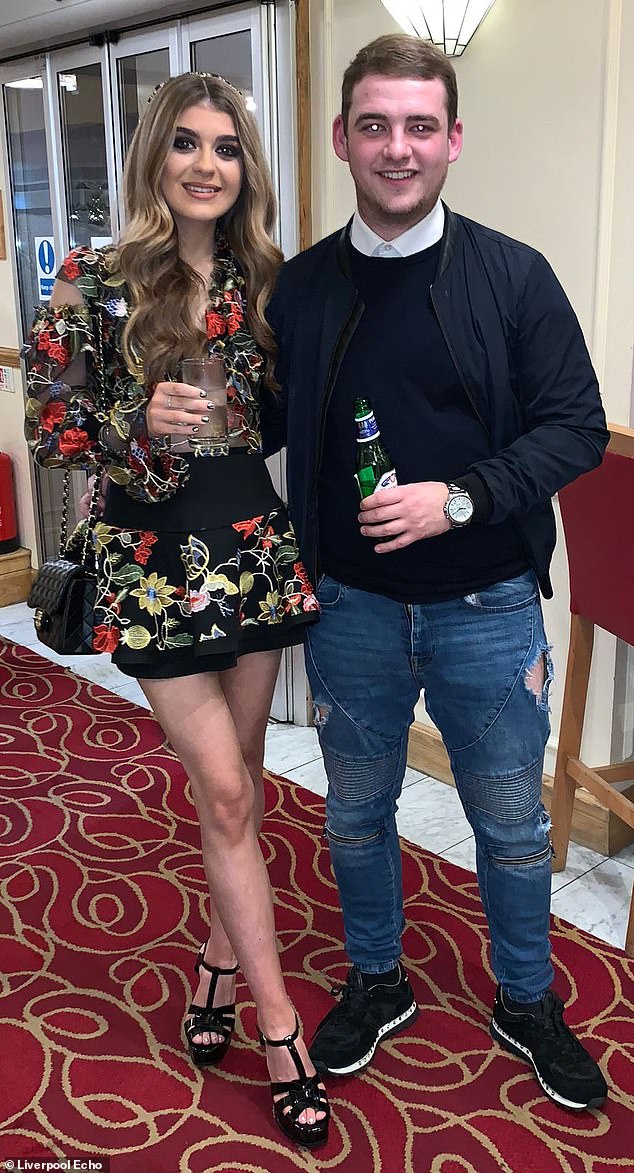 Ms Smith and Mr Mooney.  He found his partner dead in the morning after waking up at 6.30am with the two kids

‘She passed away the day before her birthday, she loved Bonfire night, so we set off fireworks that night for her.

‘I’ve been kicking myself thinking that I should have gone up earlier, I just thought she was having a lie-in because she had the baby at 4am.’

A Gofundme page has been set up for the mother, who also had a two-year-old son Lucas, and has now raised nearly £9,000.

Friend and fellow beautician Lucy Grayson-Maguire, who set up the donation page, described Amelia as a ‘gentle, kind, beautiful soul who could light up a room with her amazing smile and presence.’ 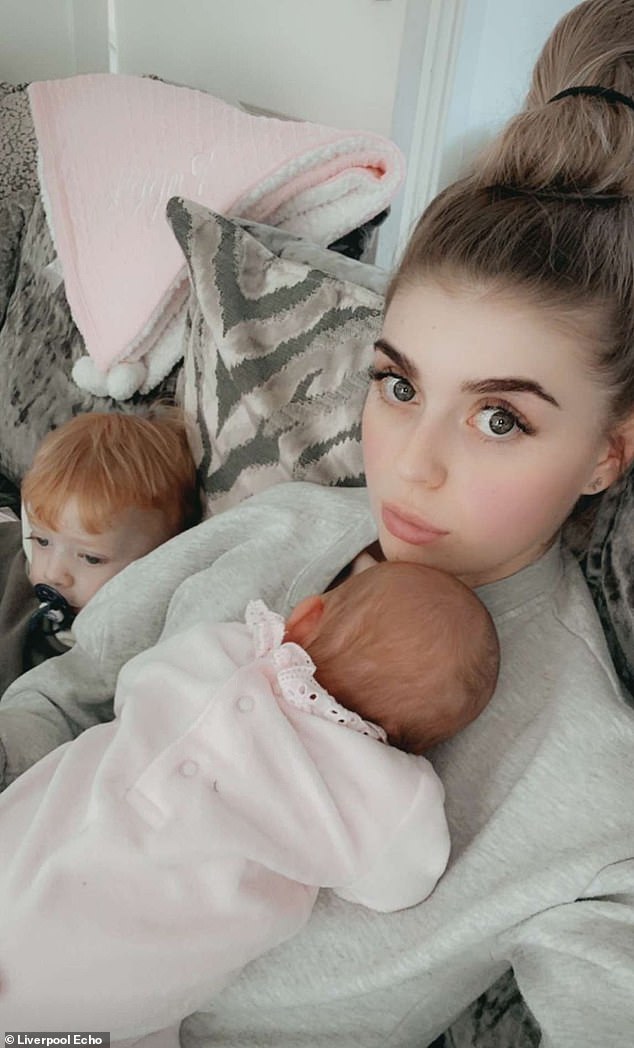 Ms Smith with her two kids. Mr Mooney said she had been admitted to hospital three months before Poppy was born for low potassium levels

She wrote on the Gofundme page: ‘Amelia was an amazing mummy to her babies Lucas and Poppy and any donations big or small will be given to her family to support them at this extremely difficult time.

‘Our thoughts and prayers are with her family and friends.’

To donate to the Gofundme page you can visit the link here.