A HUGE explosion has killed at least 100 people and left more than 4,000 injured after the blast devastated parts of Lebanon's capital Beirut.

Pictures show buildings destroyed, people walking wounded, and a sea of wreckage after the blast that could be heard some 125 miles away in Cyprus.

It has been reported that the blast – which produced a mushroom cloud – was a fifth the size of Hiroshima, the atomic bomb dropped on the Japanese city during World War 2.

Lebanon's state news agency NNA and two security sources said the blast had occurred in the port area where there are warehouses housing explosives, reports Reuters.

Nearby buildings around the port have been levelled, windows and doors have been blown out, and fires burn as smoke plumes billow across Beirut.

The Government Palace – the home of Lebanon's PM Hassan Diab – was damaged in the blast, and his wife and daughter were injured in the explosion.

Mr Diab said: "What happened is a major national catastrophe and the scenes we see tell about the scale of the disaster that struck Lebanon and Beirut."

Security sources have revealed that 2,700 tonnes of ammonium nitrate stored in the warehouse are to blame for the blast, while a welder is claimed to have sparked the fire that led to the explosion.

Follow for the latest news and updates on Beirut…

Rescue workers are continuing to search through rubble at Beirut's devastated port, according to civil defence director general Raymond Khattar.

There is concern that the damaged structures are unstable and at risk of collapsing, MTV news reported.

So far, six bodies have been recovered from inside the port and three from the sea but many more remain missing.

Sources told MTV that members of the army, intelligence, and Beirut fire brigade were present at the scene when the explosion happened. 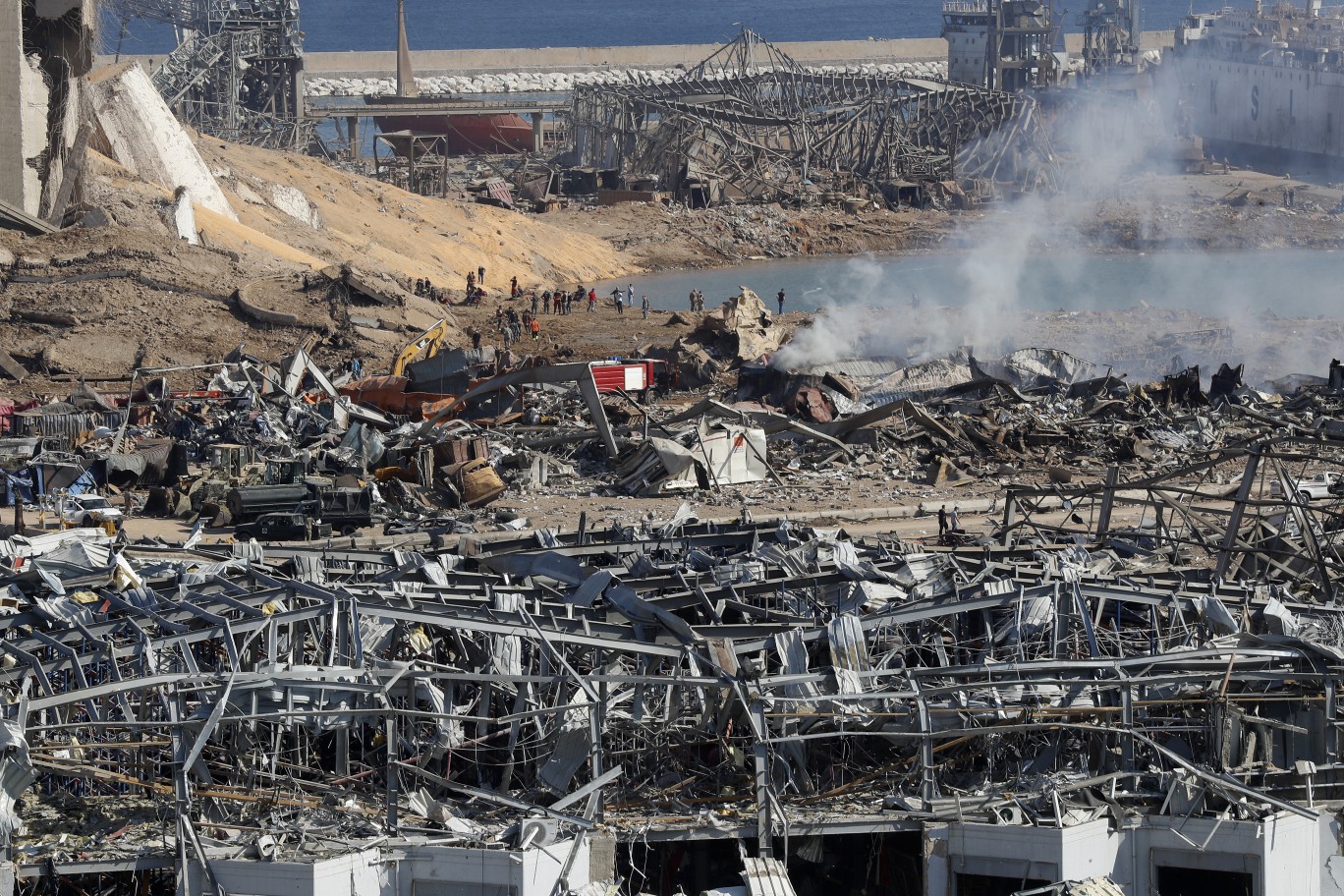