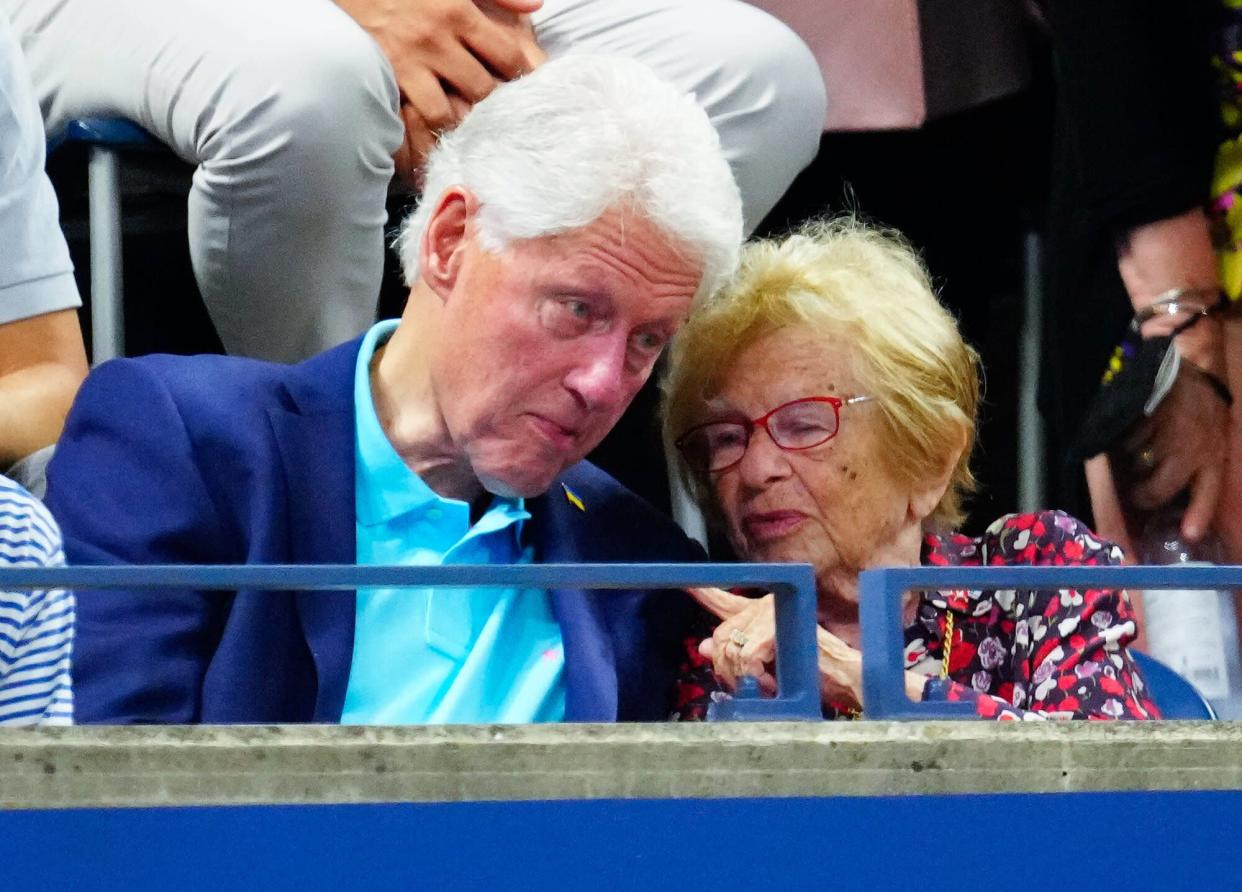 Serena Williams’ last US Open is making for some memorable moments — both on and off the court.

During the tennis legend’s first game in the tournament on Monday, former president Bill Clinton, 76, was in attendance with an unexpected guest: sex therapist Dr. Ruth Westheimer.

Throughout the game, the Ask Dr. Ruth star, 94, and the politician talked plenty, often smiling, laughing and nodding at one another. At one point, Dr. Ruth appeared to give Clinton a playful slap on the face.

When the camera first panned to the duo, ESPN analyst and former tennis star John McEnroe asked, “Who knows what they’re talking about?”

Related video: A visual timeline of the Monica Lewinsky scandal

RELATED: Serena Williams Wins First Round Match at US Open After Shaky Start: ‘I Want to Do My Best’

“Why is his face getting redder?” McEnroe joked. 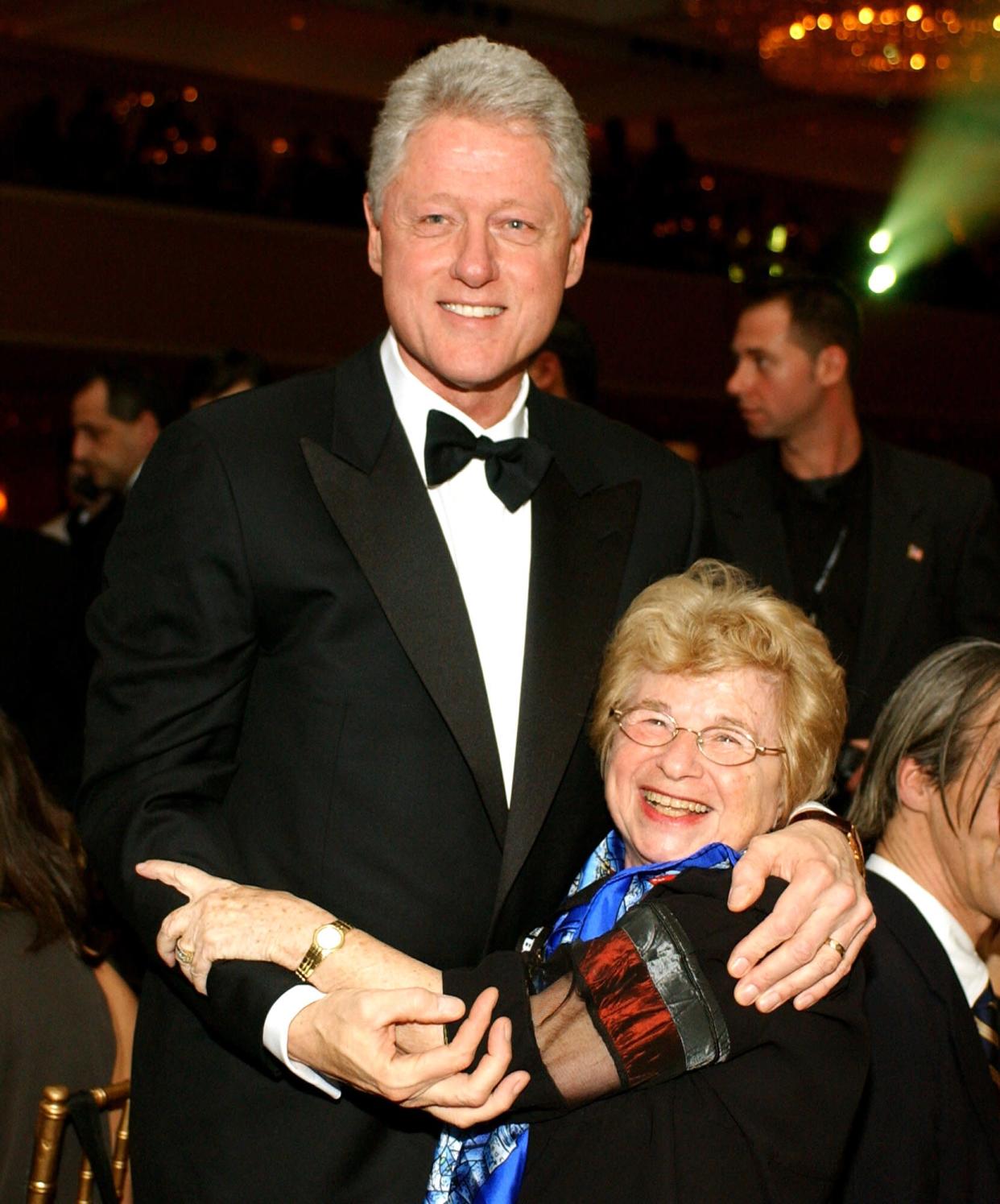 Though little is known about their friendship, pictures of the two date back to 1991, two years before his first term as president. According to TheMiddletownPress, the sex therapist even encouraged Clinton, who was a governor at the time, to run for the presidency.

In photos, their height difference is always a stand-out: Dr. Ruth is a mere 4′7″ while the former president stands at 6′2″.

Though the longtime friends appeared on screen for just a few seconds, internet users went wild about what they couldn’t possibly be talking about.

“Bill Clinton and Dr Ruth sitting together at the #USOpen is a million times more entertaining than tennis,” a user tweeted.

“The guest situation at the #USOpen is absolutely UNHINGED,” tweeted another, hinting to another odd pairing in the audience: boxer Mike Tyson sitting next to tennis player Martina Navratilova with a dog on her lap.

A representative for Clinton did not immediately respond to PEOPLE’s request for comment. 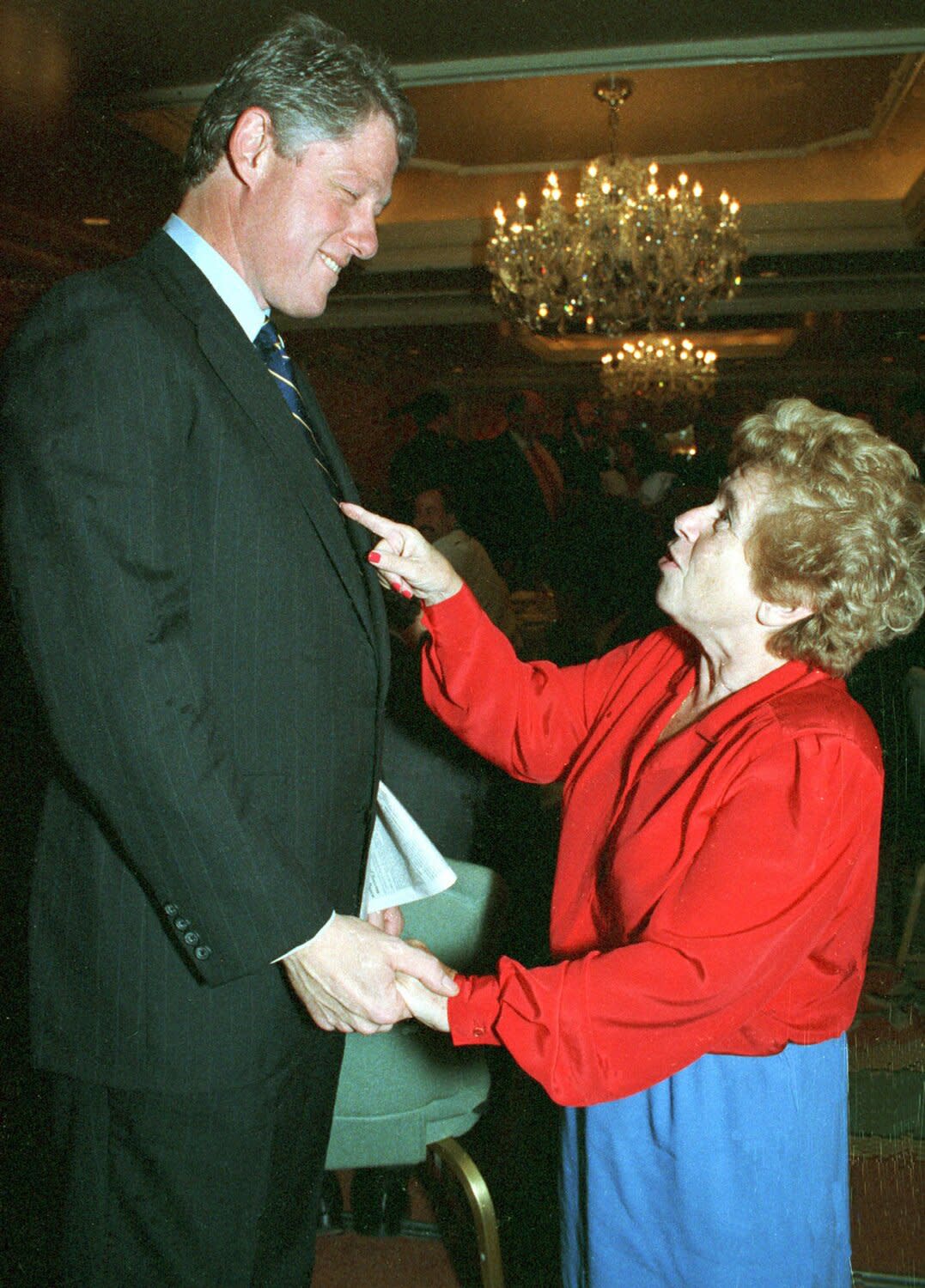 Clinton and Dr. Ruth were not the only celebrities in attendance. Queen Latifah, Spike Lee, Bella Hadid and other A-listers were also in the stands cheering for Williams.

Never miss a story — sign up for PEOPLE’s free daily newsletter to stay up-to-date on the best of what PEOPLE has to offer, from juicy celebrity news to compelling human interest stories.

The six-time US Open winner, who last month announced she was “evolving away from tennis” dazzled a cheering sold out US Open crowd behind her every stroke as she defeated Montenegro’s Danka Kovinic, 6-3, 6-3.

She will next face Anett Kontaveit of Estonia, the No. 2 seed, in the second round.